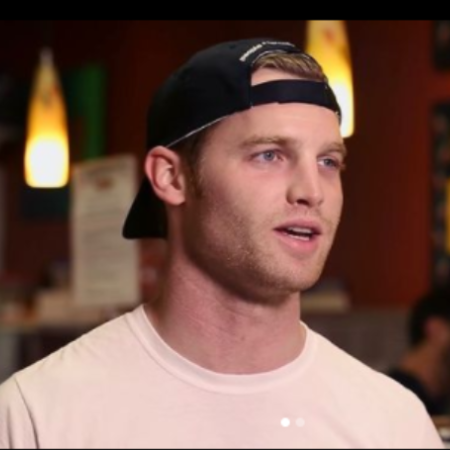 Jared Keeso is best known as a creator of the comedy sitcom Letterkenny. As a matter of fact, the Canadian actor was born on July 1, Canada Day. Furthermore, the 36 years-old-actor starred in hit movies like Godzilla and Elysium. Besides movies, the Canadian actor appeared in popular TV series Supernatural and Smallville.

Jared Keeso was born to Canadian parents Richard Kesso and Anne Kesso. The Letterkenny star was born and raised in the town of North Listowel. Furthermore, Jared worked in Sawmill founded by his own father. Unfortunately, the Keeso sawmill went down due to a fire in 2018.

In 2004, Jared made an acting debut from the TV series Smallville. Consequently, Keeso made a minor appearance in Eve’s Christmas and Life as We Know It. However, the Canadian actor got the spotlight by playing the lead role in T..V series 19-2. As of now, Jared is working for the new season of Letterkenny. You might be interested in Grant Imahara

Who is the wife of Jared Keeso?

Letter Kenny star is married to his longtime girlfriend Magali Brunelle since July 2018. The duo exchanged the wedding vow in the private ceremony. Moreover, the doublet will celebrate the third marriage anniversary later this year. Without a doubt, the couple is making the best memory out of married life.

By Profession, Magali Brunelle is a compassionate lawyer. Magali holds a degree in Intellectual Property Licensing from York University. Furthermore, the wife of Jared Keeso is a Senior Legal Counsel at Coveo, Montreal.

Love for the Dogs and Sports-Tattoo and Hockey Career

Before becoming an actor, Letterkenny star was a passionate hockey player. In fact, Jared played Junior level hockey for the Strathroy Rockets and Listowel Cyclones. Furthermore, Jared made an appearance as a hockey player in Life as We Know It.

On the other hand, Jared love towards the dog is indeed spectacular. To demonstrate, Letterkenny star got the tattoo of his dog Tierneh on his arm. Not to mention, the 36 years old actor loves sharing the picture of his pet on Twitter.

Jared Keeso Made $6 Million Networth as of 2021

Jared Keeso is one of the wealthiest actors in Canada with a net worth of $ 6 million. Letterkenny star definitely collected massive revenue from TV series. Moreover, the actor starred in blockbuster movies like:

On the other hander, the wife of Letterkenny star is a Senior Counsel. According to GlassDoor, Magali earns around $156K/year from her profession. To Summarize, Jared along with his wife are enjoying a luxurious lifestyle.

Stay Tuned with us on Favebites