Jen Carfagno is an American television meteorologist, currently working for The Weather Channel (TWC), co-hosting AMHQ from 6 to 9 am on weekdays with Stephanie Abrams and Jim Cantore. 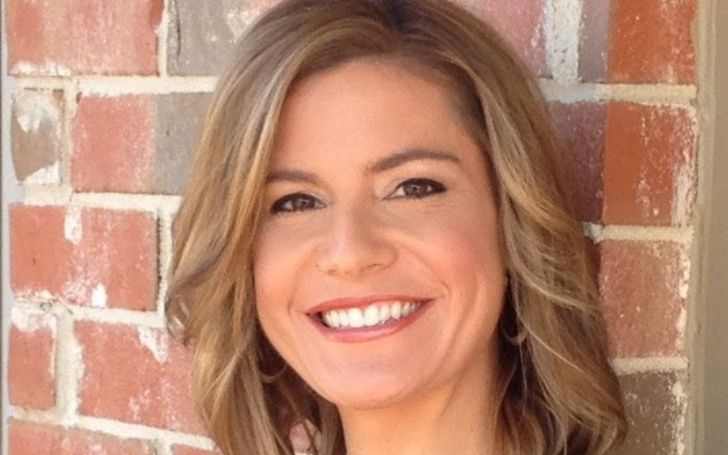 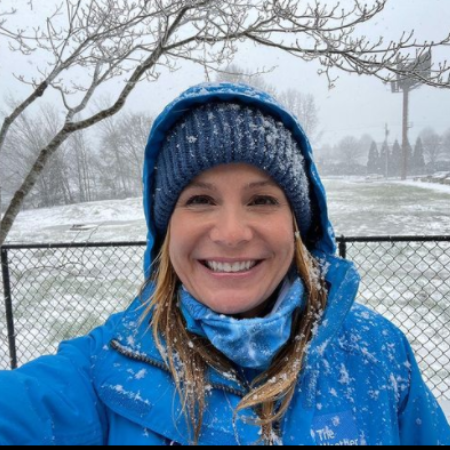 Jennifer “Jen” Carfagno is a meteorologist working on American Television for The Weather Channel (TWC). She is now co-hosting AMHQ on weekdays from 6 to 9 am.

Jen married her then-boyfriend, now husband, Neil McGillis. The couple shared the wedding vows in the mid-2000. From her loving relationship with her husband, the two shared the two wonderful kids, Natalie and Kelly. They are gloriously blessed. Therefore the family of four resides in Atlanta, Georgia.

Jen uploaded an image on Instagram with her children on National Daughter’s Day, and you can tell after looking at this picture that they will look the same as their mom in the future.

Jen also handles the work-family strain seamlessly together and offers credentials to great genetic makeup and happiness in life.

But other reports in the past were that Jen’s husband, Neil filed a divorce. However, the divorce news was revealed to be false, and the pair was indeed inseparable. She wants to reside with her spouse in a seaside house later in life after Jennifer leaves her job.

Net Worth And Salary Of Jennifer Carfagno

A source said that TWC paid their meteorologist $180K per year’s average compensation. She is one of the meteorologists at TWC. The aforementioned sum can be her projected pay.

Carfagno has also been active in many TWC and other organizations’ humanitarian efforts and movements. In 2017, she sold her ten jackets to assist a community organization in her native city for $1500 each.

After joining TWC, she was involved in an on-camera weather apprenticeship program which gained time before the camera’s weekend. Also, know about Jessica Ditzel and Indra Petersons.

She launched all-new graphical visuals for “Weather All the Time” for The Weather Channel at 4:00 am on Weather Center on 12 November 2013, together with Alex Wallace. From 2013 to 2016, the crew anchored the Weather Center Live each Friday morning and morning. Thursday through Friday.

What Happened To Jen?

The weather channel may have missed one of its favorites on display. Meteorologist Jen Carfagno gave viewers their weather updates every morning and helped them prepare for the next day. But she’s missing her TV screens recently.

Jen says that she spent a pleasant week sharing some of her books on the beach in her title. In another photo from the same month, she says that she is a guest DJ on the radio at No Shoes on a beachfront boardwalk. She writes in its title that her parts were broadcast on 31 May and 1 June. It might possibly be a reason why she wasn’t on TV around the time.