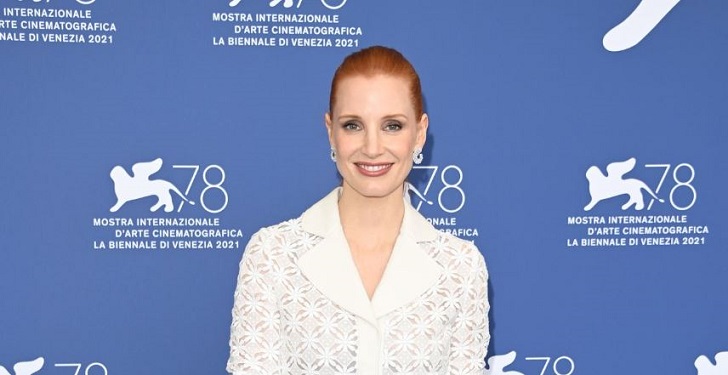 The theatre artists have the power to captivate the audience through their improvisational acting. They present themselves on stage through rehearsals and can connect with spectators’ emotions. Jessica Chastain is also a popular theatre artist who started her acting career by playing in musical shows on various stage productions. She is now ruling the Hollywood Film Industry through her breakthrough performances on stages and screens.

Jessica received a Bachelor in Fine Arts (BFA) degree in acting from Juilliard School, New York. The actress has starred in various commercially hit and successful movies and TV series. From her appearance, she undoubtedly made an impressive sum of wealth and enjoyed life to the fullest. In the following sections, let’s find detailed information regarding Jessica’s net worth and career earnings.

Enjoys Net Worth Of $50 Million

The person involved in the entertainment sector earns both prominence and money. The Hollywood actress Jessica has an approximate net worth of $50 million. The primary source of income for Jessica is her decades-long acting career.

The actress has appeared in more than 50 movies and TV shows. From there, he earns a hefty sum of wealth. Per Payscale, the average salary of an actor/actress in the USA is $51219. But, Chastain is an experienced actress, so she is earning more than an average and living a lavish life.

Similarly, Jessica has also worked as a model who has promoted many brands and accessories. Likewise, she has been featured on the cover of the fashion magazines such as ELLE, Glamour, VOGUE Greece, Marie Claire, Vanity Fair, etc. From the modeling works, she doubtlessly makes a reasonable sum of wealth.

Besides, Jessica has served as a producer in films and series like The Westerner, The Disappearance of Eleanor Rigby, I Am Jane Doe, The Eyes of Tammy Faye, Scenes From A Marriage, and George & Tammy (her upcoming series).

Having a keen interest in acting since childhood, the 5-feet-4-inch (163 cm) tall Jessica enrolled at the American Academy of the Dramatic Arts. She began acting by playing characters in plays. Her professional stage debut was as Juliet in William Shakespeare‘s most popular play ‘Romeo and Juliet.’

Jessica received a good appraisal from the musical show, which encouraged her to establish a better future in the acting field. Chastain’s other theatrical credits include The Cherry Orchard (Williamstown Theatre Festival), Salome (Wadsworth Theatre), The Heiress (Walter Kerr Theatre), Othello (The Public Theatre), etc.

Part Of The Cinematic World Since 2004

The 45 aged Jessica made her TV series debut in 2004 by working the leading role as Carolyn Stoddard in The WB gothic soap opera Dark Shadows. Similarly, Chastain has portrayed a small role in series such as Veronica Mars, Scenes from a Marriage, The Evidence, Law & Order: Trial by Jury, Blackbeard, Animals, and others.

Similarly, Jessica started working in movies in 2008. Her debut film is Jolene, where she played the title character. Chastain is known for playing Tammy Faye Bakker in the biographical film The Eyes of Tammy Faye. Likewise, her role in Woman Walks Ahead as Caroline Weldon is also popular.

For the information, British actress Emily Blunt starred in the fantasy-action-adventure film The Huntsman: Winter’s War.

The American actress Jessica has featured in various movies with an impressive box-office collection. Some of the films include;

Jessica has received various accolades for her outstanding performances in movies and TV series. Chastain received her first award at the Seattle International Film Festival for Best Actress for her debut film Jolene.

Jessica is starring in an upcoming American crime thriller film, The Good Nurse, directed by Tobias Lindholm. The movie is based on Charles Graeber‘s book of the same name based on serial killer Charles Cullen.