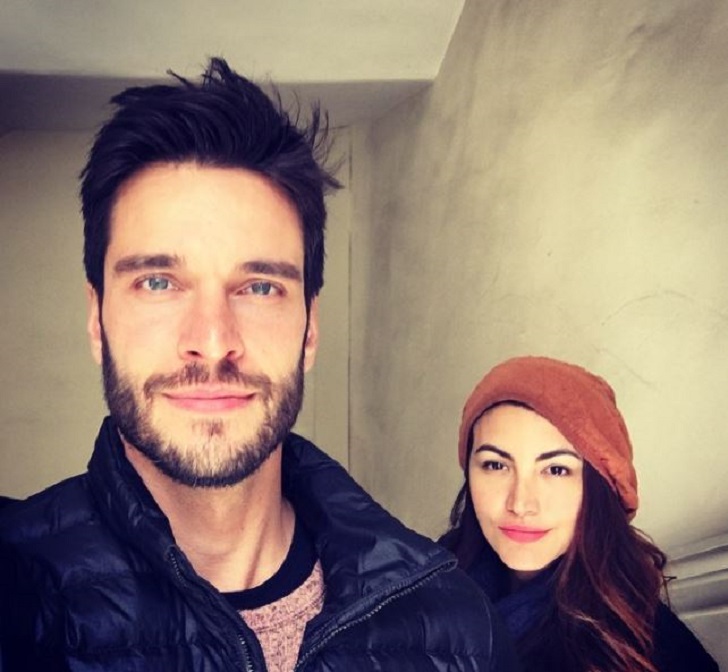 If you have watched the Witches of the East End television series, then Daniel Di Tomasso might not be your new name. The Canadian actor Daniel played the leading role of Killian Gardiner in the series. Likewise, Tomasso is famous for portraying Fletcher Myers in the prime-time soap opera Dynasty.

The actor Daniel Di has been a part of the entertainment industry since 2012. He undoubtedly lives a successful acting life. But how is Daniel’s marital life going? Is he living a blissful married life with his wife? Know the detailed information regarding Daniel’s personal life in the following sections.

The Chicago Fire actor Daniel shares a healthy relationship with his partner-turned-wife Kei Moreno Di Tomasso. By profession, Kei is a professional photographer based in Los Angeles. She has studied at the International Center of Photography NYC, Los Angeles City College, etc.

Kei’s Linkedin profile suggests she works as Editor in Chief and Art Director at Nuts For Fashion (NFF) Magazine. Similarly, Kei Moreno is also a former model who has experience working with LA Models, Ford Models, and Nevs Model Agency.

Also, know the relationship status of other Witches of the East End cast Jenna Dewan.

It is unclear how and when Daniel and Kei met and began their romantic relationship. But, their Instagram posts suggest they have been together since 2007. On August 17, 2017, Kei shared their throwback image on Instagram, saying, “My tbt 10 years ago. Two kids in a playground #europe.” The couple sometimes shares their throwback snaps on their social sites.

The detailed information regarding the 6-feet-1-inch (185 cm) tall actor Daniel and photographer Kei’s wedding is missing. It seems like the longtime couple exchanged the wedding vows in 2012 privately. The couple shares pictures on their Instagram account but rarely talks about their wedding. They have also not shared their wedding pictures.

As of now, Mr. and Mrs. Tomasso are living merrily as perfect married partners. Daniel and his wife Kei’s more than decade-long bond is getting stronger day by day. They are blissfully married without creating rumors related to their separation.

In July 2018, on Kei’s birthday, the married pair announced the news that they were expecting their first kid. Sharing Kei Moreno’s picture with a big baby bump, Danielle wrote, “The. Most. Beautiful. Thing. I. Have. Ever. Seen. Happy Birthday. Lots to celebrate.”

Later, Kei gave birth to her and Daniel’s first child, a son, Milan Alejandro Di Tomasso, in October 2018. As of now, Milan, 3, is living a limelight life with his celebrity parents. He often features in the post updated by Kei and her husband Daniel on their official Instagram accounts.