The 55-year-old American politician Kevin McCarthy has been through a series of ups and downs in his political career. He is the House Minority Leader serving in the United States House of Representatives. Also, he has been the U.S Representative for California’s 23rd congressional district since 2007. 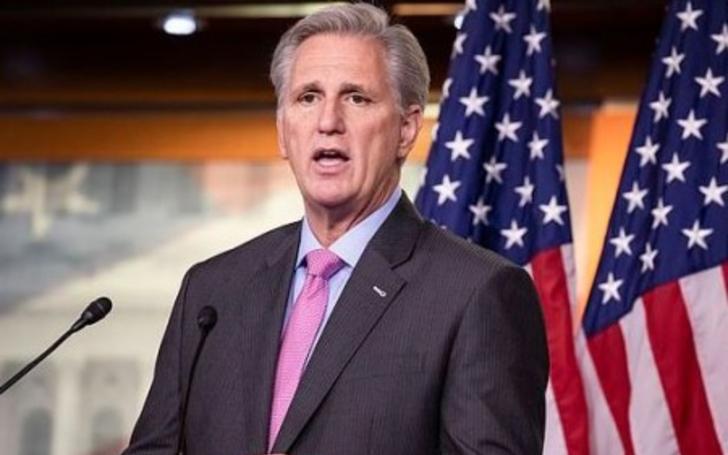 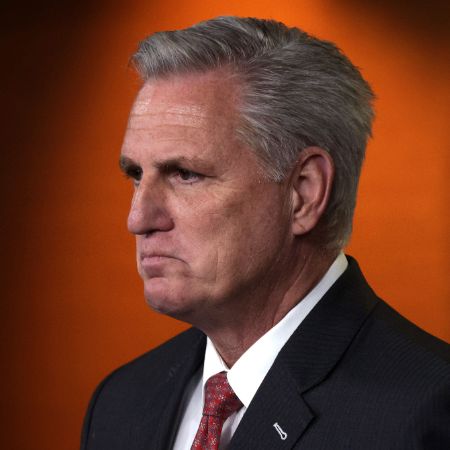 The 55-year-old American politician Kevin McCarthy has been through a series of ups and downs in his political career. He is the House Minority Leader serving in the United States House of Representatives. Also, he has been the U.S Representative for California’s 23rd congressional district since 2007.

Kevin Owen McCarthy was born on January 26, 1965, in Bakersfield, California, the U.S. His mother, Roberta Darlene, was a housewife while Owen McCarthy worked as an assistant city fire chief.

Kevin attended California State University and obtained a Bachelor of Science in marketing. Likewise, he received a Master of Business Administration from the same university.

Who is Kevin McCarthy’s Wife?

The former House Majority Leader has been married to his longtime spouse, Judy Wages McCarthy. The couple is high school sweethearts, and they both attended Bakersfield High School. Recalling their first encounter, Kevin’s wife says: “I liked one of his friends, but you know, Kevin’s personality wins you over, and he doesn’t give up.” After dating for a few years, they exchanged their wedding vowed on August 29, 1992.

Judy, one of four children, grew up in Frazier Park, California. She is a trustee at Ford’s Theater in Washington and reads James Patterson’s novels. The couple has been married for nearly 28 years as of 2020.

On August 29, 2019, Kevin wished his wife a lovely marriage anniversary via Instagram. He wrote: “I still remember the first time I saw you in Ms. Flynn’s biology class in our sophomore year. Twenty-seven years ago today, you finally said I do. Happy Anniversary!! I love you!”

Kevin and his wife are the proud parents of two children. They have a son named Connor McCarthy and a daughter named Meghan McCarthy. Both kids are now adults and are currently pursuing their academics. Further, they attended Georgetown University. For your information, Connor is engaged to his girlfriend, Emily.

Kevin’s wife, Judy, frequently worked for his campaigns. She is highly supportive of her husband. Judy is the backbone of the McCarthy family as she does most of the household work. While their daughter, Meghan, had Lyme disease, she was the one who took care of her child.

Net Worth Of The Leader Of House Of Representatives, Kevin McCarthy

So how much is Kevin’s salary as a politician? As a Congress and House Minority Leader member, McCarthy’s annual salary is over $190,000 per year.

Back in May 2019, Kevin complained about Congress members’ minimum salaries. In an interview with NBC News, he complained: “It’s been more than a decade, I’ve got members who are leaving over this.”

Further, McCarthy is the representative for California’s 23rd congressional district. Therefore, from the position, he earns an average yearly salary of $176,000. Christy Smith, California State Assemblywoman, has a net worth of $500,000.

Do you know Kevin’s wife, Judy, has worked for California Republican Party for over three years? Judy earned nearly $160,000 working on the state party’s donor programs as per financial records.