Kimberly Anne Scott was a famous household name back in the 90s due to her relationship with the famous rapper Eminem. She had an off marriage with Eminem, and they faced a lot of personal troubles. Today, Kim and her former Grammy-winning husband maintain a healthy bond. 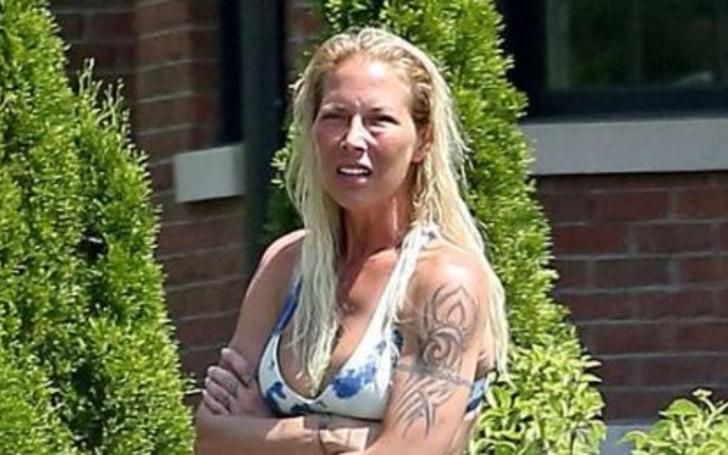 Kimberly Anne Scott was a famous household name back in the 90s due to her relationship with the famous rapper Eminem. She had an off marriage with Eminem, and they faced a lot of personal troubles. Today, Kim and her former Grammy-winning husband maintain a healthy bond.

On January 9, 1975, Kimberly was born in Michigan, United States. Her age is 45 years as of 2020. She and Eminem were high school sweethearts, and they began living together at a young age. Their relationship was often a subject of wide media publicity. Today this article aims to provide a short wiki of Kimberly.

Kim first met Eminem in high school when he was rapping to LL Cool J‘s “I’m Bad.” Then, at 13 years old, Kim had run away from home with her twin sister Dawn.

The sisters moved in with Eminem at his mother’s house. The pair began dating in 1989, and their first daughter Hailie Jade was born on December 25, 1995. After four years, Kim and Eminem exchanged their wedding vows in 1999.

In the same year of his marriage, Eminem’s mother, Deborah R. Nelson-Mathers, sued him for $10 million. She stated that he was badmouthing her through his songs.

The case was later settled. Eminem’s career skyrocketed while he was also facing personal and legal troubles. Less than two years of marriage, Kim and Eminem divorced in 2001.

Eminem told Rolling Stone in 2002 that he would not marry again. However, the rapper briefly remarried Kimberly in January 2006. In Aprihehee again filed for divorce and agreed to joint custody of their daughter.

Kim shares only one biological daughter with Eminem. She has two other kids named, Whitney Scott Mathers and Parker Scott.

Kim dated a tattoo artist and drug peddler named Eric Hartter after divorcing Eminem in 2001. She gave birth to Whitney in April 2002. Further, the information about Parker’s father is not known. But she revealed in a radio show that Parker has autism.

Apart from Whitney, Eminem adopted Alaina Marie Mathers, who is the daughter of Kim’s late twin sister, Dawn. Alaina was born in May 1993, whose mother died due to a drug overdose in 2016.

Eminem’s Hate for Kim and Her Depression

Eminem has written ill about his former wife in several of his songs. In June 2000, he was arrested for assaulting a man when he saw him kissing Kimberly. Eminem wrote about the incident in his song, The Kiss. Likewise, he released Kim, a song where he slammed his wife, claiming she had cheated on him.

The track had lyrics that aggregated domestic violence. Therefore, Kim attempted suicide by cutting her wrists and sued Eminem after describing her violent death in the song.

Kim has said several times that she had been the victim of depression. In 2015, she was involved in a car accident, which she later revealed was a suicide attempt.

Kimberly has even served a jail term because of drugs. After her first divorce, she found solace in drugs.

What is Kim Doing Now?

Kim has stayed relatively low-profile since her second divorce. Her last public media appearance was in 2015 when she got involved in a car accident. In an interview with Detroit-based radio show Mojo, Kim revealed that she battled with alcohol and drug use.

She even went on to praise her former husband. She said that Eminem has been supportive, and currently, they are good friends.

Eminem’s former wife and the mother of his daughter has a decent net worth. Kimberly Anne Scott has a net worth of $2 million as per celebritynetworth. The exact information about her current professional work is not known. As per sources, she got most of her earnings from Eminem after their divorce.

Talking about Eminem’s net worth, the exact amount is $230 million as of 2020. He is among the best-selling music artist of all time. Additionally, Eminem is included in Rolling Stone’s lists of 100 Greatest Artists of All Time and 100 Greatest Songwriters of All Time. 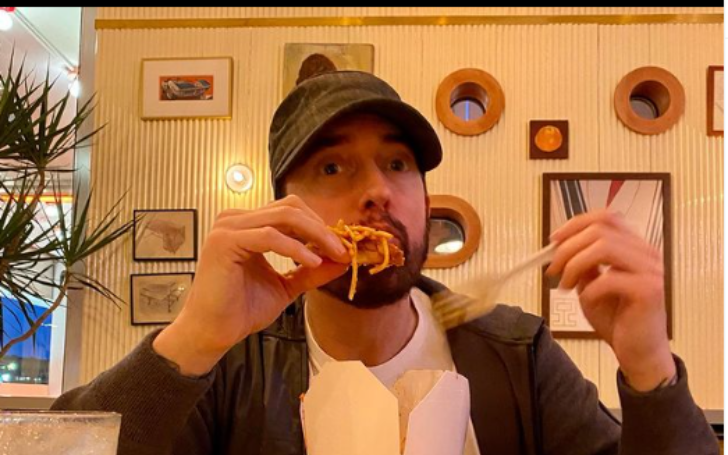