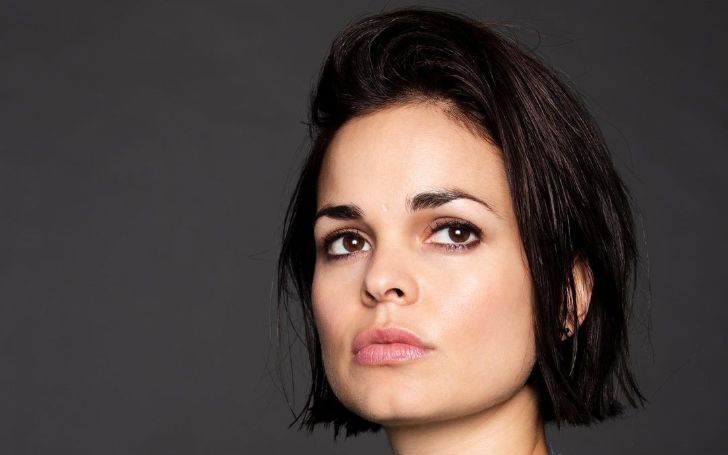 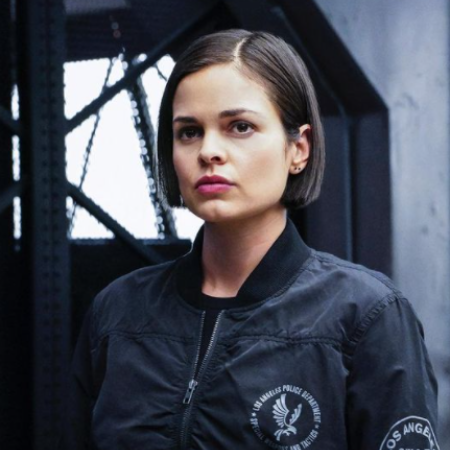 Lina Esco is a famous American actress, producer, director, and activist. She is best known for playing Jimmy Smits’ character’s daughter in the C.B.S. television drama Cane in 2007. Since then, she has appeared in several movies and T.V. series up until now. Her prominence reached a different height after playing the recurring role of Christina Alonso in the drama series S.W.A.T.

Is Lina Esco Dating Someone?

No, the 35 years old actress Lina Esco is not currently dating anyone. She is currently single and living her life to the fullest. Likewise, she is also focusing on her professional career for now. Also, she is quite secretive about her personal life. Lina loves to keep her love life away from her professional life. To date, there are no accurate records of her dating and being in a relationship with someone.

However, there is a rumor of her dating Fabrice Gautier, a sports performer and Osteopath of the French men’s basketball team. Even though Lina and Fabrice have known each other for over 20 years, they are not dating. In fact, Fabrice is just an Osteopath for her; on the other hand, she is a married man. Apart from her personal life, she is an avid dog lover.

She owns two dogs of Labrador Retriever and a Miniature Pinscher. Its names are Dragon and Ogee. She often uploads pictures of them on her Instagram.

How Much Is The Net Worth Of Lina Esco?

As an actress, Lina earns a decent amount of money from her acting career. As of 2022, Lina Esco’s net worth is $1.5 Million. Not to mention, she earns the majority of her fortune through acting. Esco has appeared in over 5+ movies such as London, Free the Nipple, Fairy Dust, and several others. Likewise, she has also played in over 10+ T.V. series such as C.S.I.: NY, Drop Dead Diva, Flaked, and many others.

Currently, the actress is one of the casting members of the drama series S.W.A.T. Without a doubt; she must earn a six-digit salary from this popular Tv series. Similarly, the American actress played in Irish singer-songwriter Sinead O’ Connor’s music video, Jealous. Apart from acting, she is also a producer and produced the 2014 movie Free The Nipple.

Lina’s other source of income is advertisements and promotional works. Lina would be showcased in Louis Vuitton’s jewelry collection for the Spring/Summer of 2011.

S.W.A.T. is an American action drama series developed by Rick Husky, Aaron Rahsaan Thomas, and Shawn Ryan. It started premiering on C.B.S. on 2 November 2017. As of 2021, the series is on its fourth season and has 79 episodes.

In the series, she plays the role of officer III, Christina “Chris” Alonzo, a former canine officer and one of the two females assigned to S.W.A.T. In fact, the series centers on Sergeant Daniel “Hondo” Harrelson. The plot twist of the series is the team works together to hunt down a deadly band of mercenaries hired by a wealthy C.E.O. trying to leave the country before he’s arrested for running a massive Ponzi scheme.

Lina Esco was born on May 14, 1985, in Miami, Florida, U.S.A. She is of Colombian descent. She left her family in Florida and moved to France as a teen. Further, there is not much information about her family background. She worked as a model in France before starting her acting career in 2005.