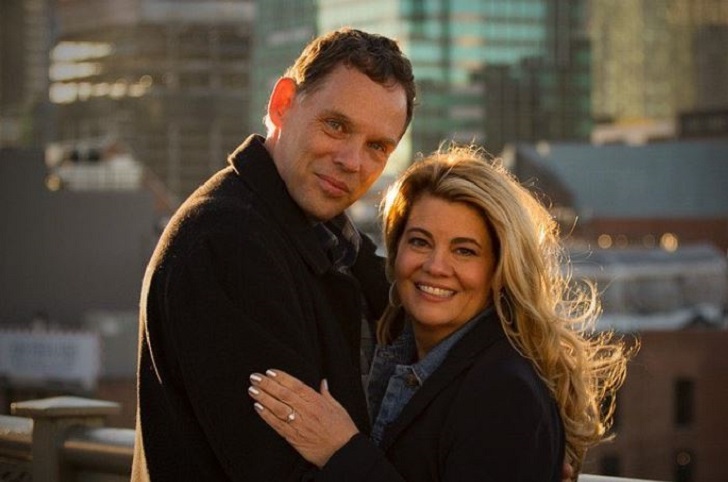 Lisa Welchel is an American entertainment personality actively working since 1977. Welchel made her debut in the television show The New Mickey Mouse Club, providing the voice for the character Mouseketeer. Welchel also offered the same role in the anthology series The Wonderful World of Disney.

The actress Lisa Diane Welchel, born in Littlefield, Texas, on May 29, 1963, is also known for her appearance in Survivor: Philippines. Lisa is the only daughter of James Whelchel Sr and Virginia French. She has a younger brother named James Welchel Jr. Lisa’s parents James and Virginia, divorced when she was 18.

Additionally, the actress shared a close bonding with her half-brother Justice Coleman (from her mother’s side). Similarly, Lisa attended Liberty Christian School, Texas. Like her mother, Virginia, Lisa’s first marital life was unsuccessful. She is now blissfully married to her second husband, Pete Harris. Get to know the details of Lisa and Pete’s wedding live in the following sections.

The Facts of Life actress Lisa and her now-husband Pete were introduced by their close ones. The exact place and date of their first meeting are unclear, but Harris and Welchel’s Instagram posts suggest that they have been in a romantic relationship since 2017.

Following two years long dating, Pete, a Psychologist based in Nashville, Tennessee, proposed to the actress in November 2019 in Downtown Nashville. Lisa uploaded their engagement pictures on Instagram, writing,

“I said, “Yes!!!!” to spending the rest of my life loving this man. To marriage as a spiritual path with this true companion. To belly laughing over sophomoric humour and word nerd puns. To never-enough couch cuddles and kisses on curbs. To creating memories while on a bi-coastal family adventure. To soul growth within the crucible of intimacy. I love you, @lovemattersmostyall [Pete].“

After two months of engagement, The Jeff Probst Show co-host Lisa and psychologist Pete got married on December 20, 2019. The longtime couple tied the wedding knot at the Same Day Marriage, Wedding Chapel in Los Angeles.

Lisa wished her husband Pete on their first wedding anniversary, saying, “One year ago today, Pete and I stopped in this “Marriage in a Box” shop and became husband and wife. We never intended that day to be anything more than our special, funny memory. Happy first of a lifetime of five-days-before-Christmas anniversary!”

As mentioned, the American author Lisa had experienced failed marriage. Welchel was married to her first husband, Steven Cauble, an associate pastor.

The Adventure of Christmas (2004), writer Lisa and Steven walked down the wedding aisle on July 9, 1988. Lisa and Steven were happily married for more than two decades. They got divorced in March 2012. However, the formerly married couple is still on good terms.

Three of Cauble’s siblings are grown-ups and are happily married to their partners. Lisa’s son Tucker, 32, married his longtime girlfriend, Cayla Cauble, in July 2022. Similarly, her daughter Haven has been in a marital relationship with her husband, Aaron Weits, since 2012. Mr. and Mrs, Weits are parents to their two kids, Eisley Virginia Weits (b. 2019) and Eko Alexander Weits (b. 2021). Likewise, Clancy has been married to his longtime Valentine, Mr Orantes, since April 2019.

On the other side, psychologist Pete was also in a relationship before exchanging vows with Lisa. He also shared a son named Leo Harris (b. 2012) with his former partner, whose identity is missing. Leo is living with his father, Pete, and stepmother, Lisa. He also made his appearance on Lisa and Pete’s social media posts.