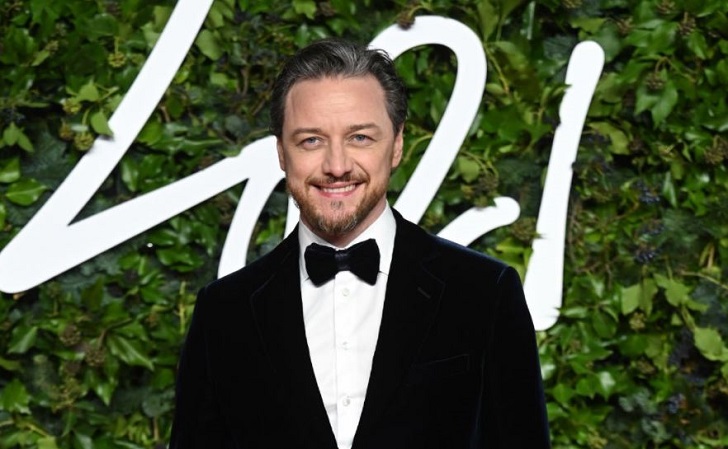 The British Independent Film Award-winning James McAvoy is a successful stage, film and TV actor. McAvoy is famous for portraying Mr. Tumnus in The Chronicles of Narnia. The Scottish actor James’ work in X-Men, a superhero film, is also appreciated.

From the thriving professional career, McAvoy lives a limelight life. However, the entertainer is quite secretive regarding his personal life details. He rarely talks about his married life. Let’s read about James’ secret marital life and past relationships in the following sections.

The 42-years-old The Last King of Scotland actor James finally confirmed his marital relationship with Lisa Liberati. McAvoy prefers to keep the details under the wrap even after establishing their relationship to prevent unnecessary buzz.

In February 2022, James confirmed his relationship with his wife, Lisa. Liberati and McAvoy first met in the set of a psychological thriller film, Split. In the movie, he has played the role of Kevin Wendell Crumb, and Liberati was the personal assistant of film director M. Night Shyamalan.

Lisa is from Philadelphia. And James told The Guardian, “[Philadelphia] is like a second home for me.” Their marriage speculation circulates back in 2019 after spotting a silver ring on her ring finger. Additionally, on 2019’s Halloween day, he shared a picture with Lisa on his official Instagram account.

Shared A Son With Anne-Marie Duff

Before sharing an intimate life with Lisa, the 5-feet-5-inch (170cm) tall Atonement actor James was in a marital relationship with Anne-Marie Duff. The 51 aged Anne-Marie is an actress who has appeared in Nowhere Boy, Charles II, The Salisbury Poisonings, and others.

James and Anne-Marie first met in 2004 while filming for the comedy-drama series The Shameless. In the series, McAvoy has played the role of Steve McBride, and Duff portrayed the character of Fiona Gallagher. After the first encounter in the set, James and Anne-Marie developed a good bonding.

Later, they privately tied the wedding knot on November 11, 2006. Following four years of marriage, Anne-Marie and James welcomed a son Brendan McAvoy in 2010.

Everything was going fine; however, on May 13, 2016, James and Anne-Marie jointly announced their divorce. They are private regarding their split. However, McAvoy and Duff are on good terms for their son Brendan even after the separation.