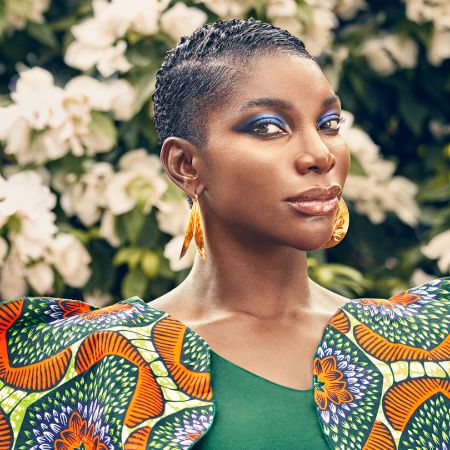 One of the talented and beautiful actresses in the UK showbiz industry, Michaela Ewuraba Boakye-Collinson aka Michaela Coel rose to fame for creating and starring in the E4 sitcom, Chewing Gum (2015-2017). Besides acting, she is also a screenwriter, director, producer, and singer. Through her multiple profession, she successfully garnered huge name, fame, and wealth. During her career, she has also won several reputed awards such as BAFTA, and Screen Guilds Award.

What Is The Relationship Status Of Michaela Coel?

The 33 years old actress is currently a single woman. For now, she is focusing on her professional life rather than being active in her dating life. Besides, there are no records of her being in a relationship with someone up until now. Not to mention, she is keeping her personal life private as much as possible. Even though she is one of the famous actresses in the UK, she is successfully keeping herself away from any kind of rumors and controversies concerning her love life.

Apart from her private life, she loves to hang out with her friends and work colleagues. Back when she was writing the second series of Chewing Gum, she took a short break from work. During the break, she went out for a drink with a friend. The next morning, she woke up and started seeing flashbacks of the night and realized that her drink was spiked and she was sexually spiked.

After experiencing drink spiking, she started her new show, I May Destroy You, which premiers on BBC One. In an interview, she said,

“It took me two and a half years all in all to write it and I didn’t do any other job.”

Just for your knowledge, 20% of women and 4% of men have experienced sexual assault since the age of 16 in England and Wales, according to Rape Crisis. Similarly, 2.600 reports of drink-spiking incidents were recorded in England and Wales between 2015 and 2019. Over 72% of victims were female.

How Much Is The Net Worth Of Michaela Coel?

Michaela Coel is a multi-professional personality. She is a writer, actress, director, producer, and singer by profession. Without a doubt, she must be earning a hefty amount of money through her multiple careers. Michaela Coel started her career in 2006 as poetry open mics in Ealing. Later, she moved to act and scriptwriting. Since then, she has appeared in numerous movies and TV series until now. Some of the movies that she has worked on:

As a matter of fact, Star Wars: The Last Jedi earned $1,332,698,830 worldwide. Not to mention, being a part of such a huge movie, she must be earning a hefty amount of money as an actress. Besides, she has appeared and written several TV series such as:

For her excellent acting skills, she won the BAFTA Award for Best Female Comedy Performance. So, Michaela Coel’s net worth is around $800,000 as of 2021. Likewise, she earns over $100,000 per year.