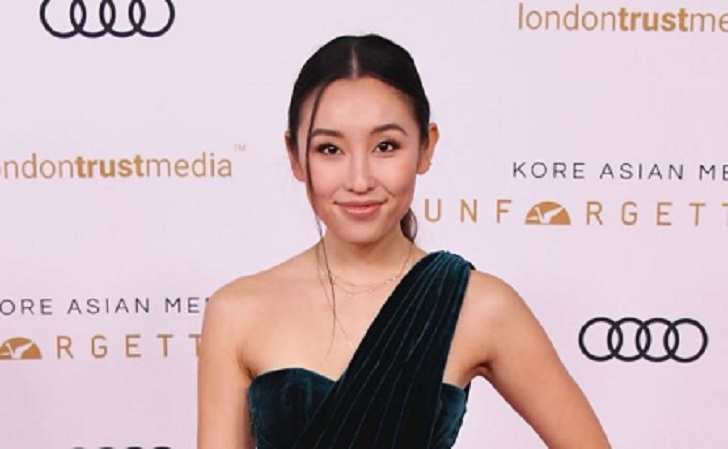 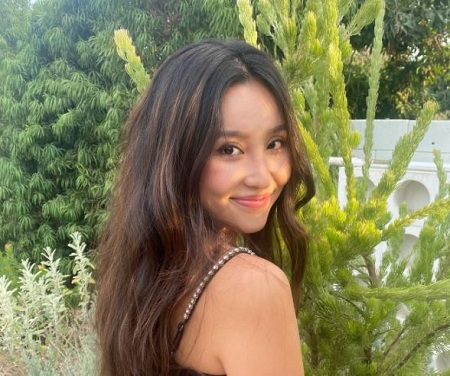 Many Youtube video creators are gathering worldwide recognition for their excellent video content. Among others, the group Smosh is also the one who is entertaining people through their comedy videos. Today, we are writing about one of Smosh’s members Olivia Sui.

Olivia is also an actress who has experience working in Weed, Dreamcatcher, and others. Now, let’s get the detailed information regarding Sui in the following sections.

Who Is Olivia Sui’s Boyfriend? Their Romantic Life

The 28-years-old Olivia is not single. She is merrily dating her boyfriend, Samuel Bryce Lerner, Sam Lerner. Sam is a famous Hollywood actor.

The 29 aged Lerner is famous for portraying Geoff Schwartz in the period sitcom series The Goldbergs. His other movies and TV shows credit possesses The King of Queens, Malcolm in the Middle, Monster House, etc.

Olivia and Sam began their romantic affair in early 2018. As per the sources, Smosh cast Shayne Topp introduced Olivia to Sam. Topp, who has been a member of Smosh since 2015, has also worked with Lerner in The Goldbergs.

Sui went official regarding their relationship, sharing a picture hugging Sam. She shared the photo on May 4, 2018, writing, “Went out to sea and caught some feelings.” As of now, Sam and his girlfriend Olivia are sharing a good bonding as perfect partners. The duo has already celebrated their 5th Valentine’s Day.

Nothing is impossible if there is better teamwork. Smosh members have set an example of what a successful group works looks like. In November 2005, Ian Hecox and Anthony Padilla began creating videos for their Youtube channel ‘Smosh.‘

Watch: How To Not Piss Off Asian People, Smosh’s video

Following a year, the channel started gathering success as the popular channel that provides humorous content. As of March 7, 2022, the track has 25 million subscribers hitting millions of views per video.

They began adding members to make sketch comedy videos with increasing popularity. In 2015, a passionate comedian Olivia joined the group. Since then, she has been working on sketch comedies for the channel as a regular cast. Actress Courtney Miller is also a part of Smosh.

Besides playing a role, Olivia sometimes writes sketches. She has written for the videos titled How Not to Piss off Asian, Breaking News: Brad is missing, and others. Similarly, Smosh has also created various other channels such as Smosh Pit, Smosh Cast, EISmosh, etc.

The social media star Olivia has not revealed the exact sum o wealth she enjoys. But, as per estimation, she has a net worth of $600 thousand. Sui collected these sums from her professional acting career and as a part of Smosh.

From September 2015 to May 2017, Olivia and Courtney hosted Smosh’s Seriously Super Stupid Sleepover on Smosh Pit. Likewise, Olivia has made a guest appearance in several films and series. From there, she might have received an impressive sum of wealth. Also, Sui hosts a self-run podcast, Fish Cheeks. Olivia also earns from her partnership.

The Youtube star Olivia was born on August 14, 1993, in Zhangzhou, China, under the birth sign of Leo. She is the daughter of Christine Zhu (mother) and her husband. Sui holds dual nationality, Chinese and American. She shared a close bond with her mother and shared pictures on her official social sites.

Olivia has a sister named Melanie. Sui came to America at the age of 2. Having a passion for dancing and acting, she joined ballet dancing classes at 5. However, her graduation details are missing.