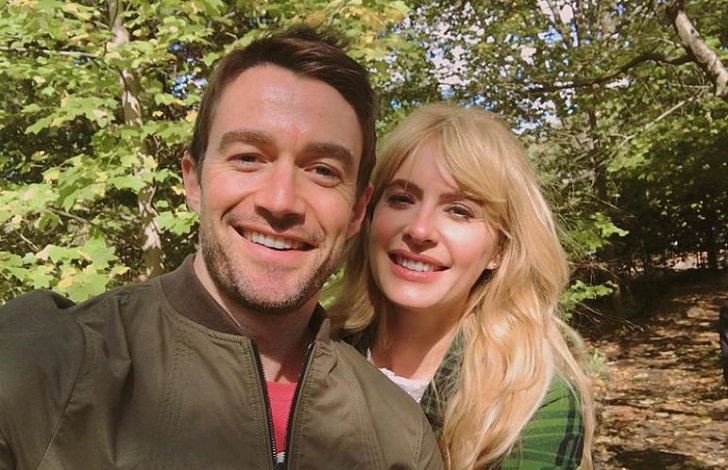 The American actor Robert Buckley is known for his prominent appearance as Clay Evans in The CW drama series One Tree Hill. The actor’s other movies and TV series credits include iZombie, 666 Park Avenue, Lipstick Jungle, and others.

The Leo Award-winning entertainer was born Robert Earl Buckley in the suburban city of California, Claremont, on May 2, 1981. His parents have been in a marital relationship since 1966. Roberta attended the University of California and received a degree in Economics. Later, he decided to pursue a career in acting.

Besides being an actor, Robert has also worked as a writer and executive producer of the Hallmark movie The Christmas House and its sequel. The actor Brad Harder has made a gay appearance in the films. The 6-feet-2-inch (188 cm) tall Buckley is happily married to his beloved wife, Jenny Wade. Know the details of Mr. and Mrs. Buckley’s wedding life down below.

Like Robert, his wife born, Jennifer “Jenny” Wade, has been an actress vigorously making her presence in films ad TV shows since 1999.

The Chesapeake Shores actor Robert and his now-wife Jenny’s first meeting details are unfamiliar. But, as per his Instagram posts, it seems Buckley and Wade have been in a romantic relationship since 2012.

On December 11, 2018, the Fashion House actor shared an image with Arrest & Trial actress Jenny, writing, “With over SIX years of kissing experience, it’s safe to say I know what I’m doing. DM me for tips that will leave them saying “why?”

After several years of dating, Jenny and Robert tied their wedding knot secretly in May 2018. The pair announced their marriage through Instagram. Uploading a snap with Jenny, Robert writes, “Post-cake fight with (Borat voice) MY WIIIIIFE.”

Similarly, flaunting her marquise-shaped ring on her ring finger, Jenny wrote, “had our cake
ate it too. Found more cake. Said i do.”

Robert and his beloved wife, Jenny, share a healthy marital relationship. Mr. and Mrs. Buckley have already celebrated their fourth marriage anniversary, and their marital union is still strong. Wishing hubby Robert on their second anniversary in May 2020, Jenny shared posted a picture on her verified Insta account, saying, “happy anniversary, Robert. I waited a long time to find out who it was gonna be, and i can’t believe it’s you. the best one ever made.”

Robert Buckley, Father Of A Son

The American Heiress actor Robert is blessed with an adorable son. Buckley and his wife Jenny welcomed their son in 2021. But his name is not publicized yet. Unlike other celebrity kids, Robert and Jenny have kept their only kid far from the spotlight.

On May 8, 2022, the actor wished his wife on mother’s day by sharing a picture of their baby holding her nose, saying, “

“He doesn’t know it yet, but our son hit the mom lottery. I always knew you’d be a great mom but watching you over the last ten months has blown me away. You’re incredible. Thank you for everything you do to make our baby feel so safe, happy, and loved. Happy Mother’s Day @jennywade, today I’m celebrating what a beautiful, badass mama you are.“

Robert and Jenny are jointly raising their son.