Rafe Spall, whose full name is Rafe Joseph Spall, was born on March 10, 1983. He is also an International Emmy Awards nominee for Best Performance by an Actor in the series Black Mirror. 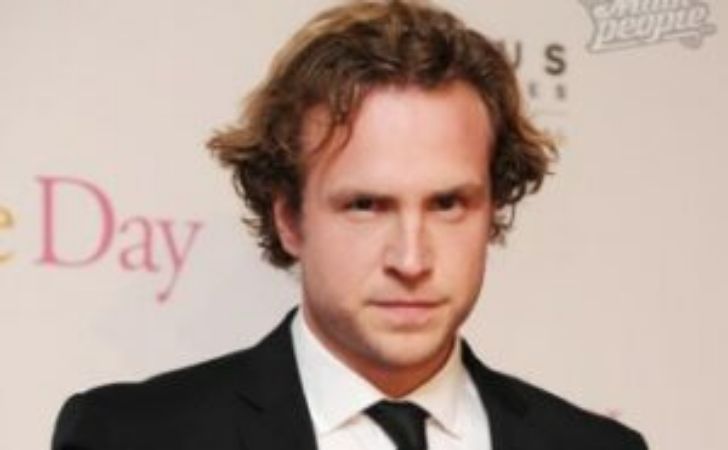 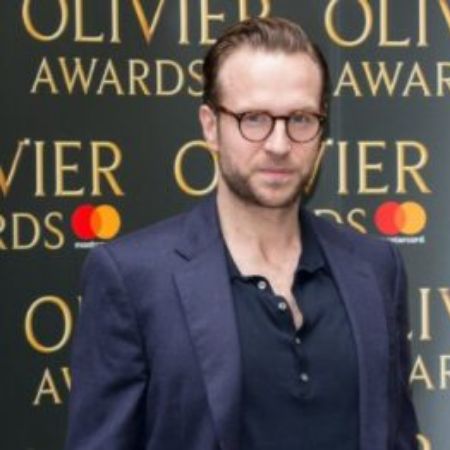 Rafe Spall is the son of 2 times BAFTA Film Awards Nominated actor Timothy Spall. He has played in numerous movies, and he has won awards as well for his hard work.

The actor’s full name is Rafe Joseph Spall, born on March 10, 1983, in Camberwell, London, United Kingdom. Joseph started playing in movies when he was only 18 years old.

To know more about Joseph’s life story, movies, awards, and many more, scroll to the end or skip to the topic you wish to read first about Joseph.

Rafe Spall was the second child after Pascale Spall (Sister). He was born in King’s College Hospital in Camberwell, London. He had a good childhood as his parents were wealthy and famous because Rafe’s father was a prominent British actor and his mother was an actress.

But, Rafe faced overweight in his teenage days, which he describes as the worst experience in his life. The Ritual actor was not good in studies as well. He was only facing poor grades on his mark sheet, and as he couldn’t continue it anymore, he left the Haberdashers’ Aske’s Hatcham College in 1998.

Joseph then joined National Youth Theatre when he was 15 years old. None of the drama schools accepted Joseph for acting classes as he was overweight. He was also rejected from the most prestigious Royal Academy of Dramatic Art school.

Joseph decided to work in the movie industry but only got fat roles to play. Then, at 19, he exercised a lot and lost 35 kg, which opened many acting opportunities.

Acting Career Of Shaun Of The Dead Actor, Rafe Spall

Life Of Pi writer Spall started his acting career when he was 16 years old, but he stepped into the big screen of Hollywood when he was 18. His first movie to be listed on IMDB is Beginner’s Luck, released in 2001. Since then, he has played in more than 70 movies and TV series.

He worked hard as he lost 35kg to get accepted into the Hollywood film industry. His hard work and dedication earned him three awards and ten nominations.

The actor is also best known for his role as Danny Moses in the 2015 movie ‘ The Big Short. ‘ Raff now gets main or supporting actor roles as the directors have seen his capabilities.

The Ritual actor Rafe is a well-known British Hollywood actor who has played in numerous movies and performed his best. He is famous for almost all his roles in his movies and TV shows. Due to his consistency and improvement in the film industry, he has received three film awards and ten nominations for his acting.

He is the winner of 2011’s Crime Thriller Awards, the UK for Best Supporting Actor in the movie The Shadow Line. The actor played the role of Dagger in the film, and he showed fantastic acting.

He was also 2015’s International Emmy Awards winner for Best Performance by an Actor in the Netflix Series Black Mirror. He was playing the role of Potter in the movie.

We can all say that he will play many movies, and one day, he will also get an Oscar for his actions if he works hard like this.

The hardworking actor currently has a networth of $3 million. This includes his house, lifestyle, cars, gifts, and many more. The actor could get much of his wealth from his acting career, which began in 2001.

The talented actor is already married, and he is already a father of 2 children. He tied a knot with South African actress Elize du Toit in 2010. It has already been more than ten years of their happy marriage.

The couple has two beautiful children named Lena Spall and Rex Spall. Both of the children are at the age of spending time with their parents and playing as they are very young for now.

The couple met In February 2008 and married on August 14 2010. Then, the couple lived together in  West Kensington, London, after their marriage.

Rafe Spall’s wife, Elize du Toit, has played in over 20 movies and TV series. She is famous for playing the role of Sinister Woman in 2007 ‘s Doctor Who. She also played the role of Vanessa (M’s Assistant) in the film Skyfall. Rafe’s wife is also a Director, Writer, and Producer.

Is Rafe Spall On Social Media?

No, the hardworking actor is not on any social media platforms. Maybe the actor likes to keep his personal life away from people.

Though the actor is famous, he may not be interested in social media. Though many social accounts after his name claim to be the real Rafe Spall, none of them is confirmed as the actor claims that he doesn’t use any social media.

His wife is also not active on any social media platforms, and neither are the couple’s children.

Spall’s family is also connected with the Movie Industry. Spall’s father, Timothy Leonard Spall, is also a very famous actor and is still active in acting.

His father played the role of Thomas Tipp in 2001’s Vanilla Sky, which starred the famous actor Tom Cruise. His father got over  21 Awards & 33 nominations in the Hollywood film industry, including two nominations for BAFTA Film Awards.

The hardworking actor’s mother, Shane Spall, is a novelist and actress. She is best known for being the wife of Timothy Spall.

She published the books on July 10, 2014, and the readers well appreciated the books.

For More Exciting Contents And Updates, Visit Our Site: Favebites.