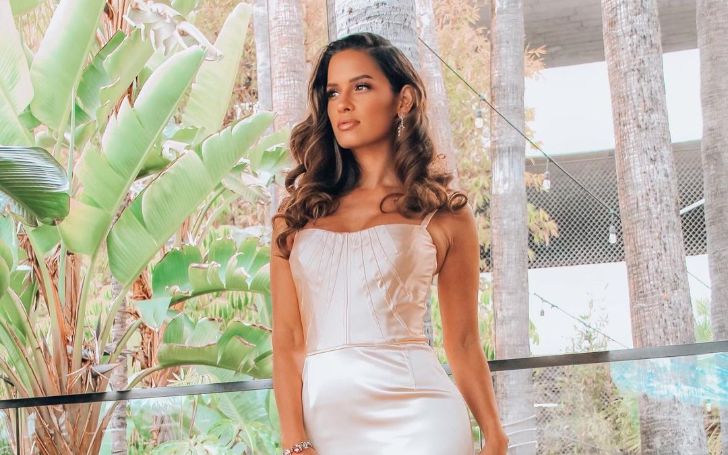 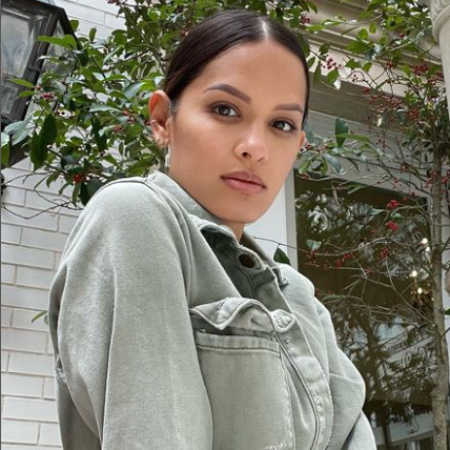 Raquel Roxanne “Rocsi” Diaz aka Rocsi is an American television personality and a popular model. Further, Rocsi is also popular for being the co-host of the BET program 106 & Park from 2006–2012. Additionally, during 2012–2014, Rocsi also worked as a correspondent on Entertainment Tonight.

Raquel Roxanne Diaz is living a single and happy life. However, Rocsi Diaz has been in relationships with lots of celebrities. As per Whosdatedwho, Rocsi had dated Josh Howard and then Tyrese Gibson from 2003 to 2006.

After that, in 2007, Diaz started dating David Bowens. Rocsi Diaz is a gorgeous model doubt, and that could be the reason that she changes her lover annually. After David, Rocsi started dating Michael Misick in 2008. Rocsi’s beauty has given her opportunities to attract lots of celebrities. Though she is about to turn into her forty, her glamour and gorgeousness haven’t left her alone.

Again, in 2010, Amar’s Stoudemire became her temporary heart attachment. Further, Rocsi Diaz dated her beloved Eddie Murphy for a year in 2011. Moreover, Rocsi’s name is attached to lots of celebrities because of her beauty and talent. Additionally, in 2011, Rocsi Diaz was rumored to have hooked up with Bruno Mars.

However, the model is living single life through her name is joined by lots of famous celebrities from different fields. The thirty-nine years old model hasn’t talked about her permanent life partner till now. We are still reviewing her other relationships, too. We will soon let you know about other matters. Also, find the Relationship & dating status of model Maddie Ziegler.

The Net Worth of Rocsi Diaz

As per Celebritynetworth, Rocsi has a net worth of $3 million dollars. Unlike other celebrities, Rocsi has multiple sources of income being a model, television, and radio personality. The model is one of the successful television personalities who has hosted the BET network’s show, 106 Park. This opportunity of hosting in 106 parks took her to the next level.

As per Married Divorce, Rocsi’s average salary for the hosting role for 106 Park rose to approximately around $55K per hour. Additionally, Rocsi gave her appearance on the big screen with her roles in the movie, Soul Ties in 2015 and the 2018 movie, Armed. Top television personalities in the USA make around $60,000, but Rocsi earns more than other top television personalities.

In 2021, she became the host of the new Fox reality singing competition Alter Ego.

Rocsi Diaz was born on November 17, 1981, in Tegucigalpa, Honduras. In addition, Rocsi grew up in New Orleans, Louisiana. She had attended West Jefferson High School in Louisiana where she was also a cheerleader throughout middle school and high school. During her adolescent years, Rocsi had to struggle with anorexia.

After graduating from High school, she started DJing in a Boston-based radio station.

For her high school education, she went to West Jefferson High School in Harvey, Louisiana. She graduated from Nicholls State University. When she moved to Chicago in the mid-2000s, through her past experience, she Djied for the Chicago radio station and Power 92 WPWX-FM.

Moreover, Rocsi while working for “106th and Park”, used to host the popular radio program, “Rocsi on the Radio”. In addition to that, Rocsi had also given her appearance as part of the MTV Music Awards in Japan, and also on the MTV show, “Fear”.

Rocsi Diaz has been always been a public figure. She stands at the height of 5 feet 2 inches and weighs around 56 kg. Diaz’s bust, waist, and hip size is 35-25-37 inches. Likewise, her dress size is 6.

If you enjoyed reading the article, then make sure to bookmark Favebites for more Biographies.