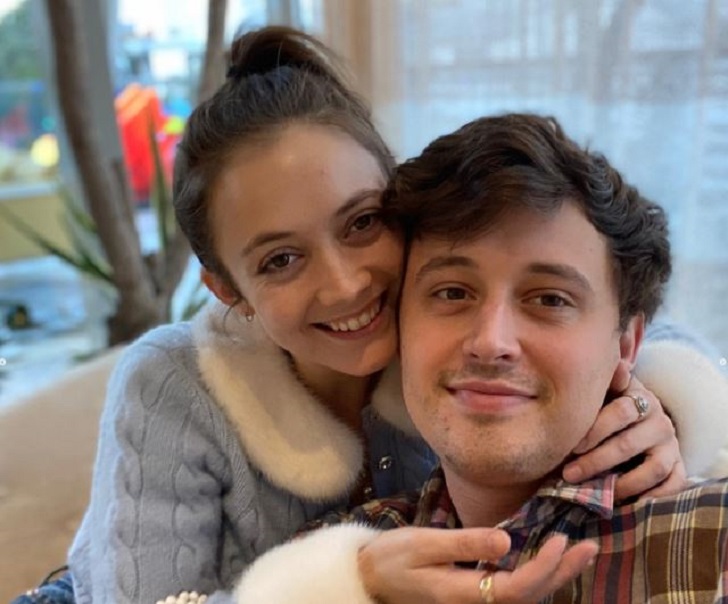 The American actress Billie Lourd has been attracting fans with her acting skills since 2015. Lourd is famous for playing Lieutenant Connix in Star Wars: The Awakens and its sequel. Similarly, Billi is eminent for her role as Sadie Swenson in Scream Queens, a comedy slasher series.

Besides earning recognition as an actress, Billie is also identified as the celebrity daughter. The 29 aged actress Lourd is the only child of late. Carrie Fisher and her partner Bryan Lourd. Billie’s mother, Carrie, was an actress known for playing Princess Leia Organa in Star Wars films. Carrie died at 60 on December 27, 2016, due to cardiac arrest.

The Hollywood entertainer Billie recently got married to her longtime boyfriend. Know the detailed information regarding Lourd and her husband’s marital life in the following sections.

When The Romance Started

The American Horror Story actress Lourd and Rydell began their romantic relationship in early 2016. How and when the duo met one another is unclear. But as per the sources, they began dating after several years of friendship. However, the romance did not last long. They ended their relationship after several months of dating.

Later, in 2017, Billie and Austen’s reunion rumor began swirling in the media as they were spotted together in Palm Spring. Later, the couple confirmed they were rekindling via an Instgram post. Similarly, in June 2020, Austen proposed to Billie with an engagement ring. Sharing engagement news, he wrote, “She said YES!! (Actually she said “Duhhh”) But I guess that’s even better than yes?!?“

The bride Billie wore a beautiful net off-shoulder gown from Rodarte on the wedding day. Similarly, the groom, Austen, walk down the aisle wearing black suit pant, a white shirt, and a black bow tie. On March 16, 2022, Rydell shared the wedding images, saying, “Married my best friend this weekend.” In the post, Billie commented, “MY HOME.”

Austen and Billie share a blissful marital bond. Mr. and Mrs. Rydell are also jointly parenting their only kid. Their son Kingston Fisher Lourd Rydell was born in September 2020. They have kpet their son Kingston far from the spotlight.