Stephen Smith completed his graduation from Thomas Edison High School in Queens.
Then, he joined the Fashion Institute of Technology for a year and, luckily, received a basketball scholarship at Winston- Salem University. 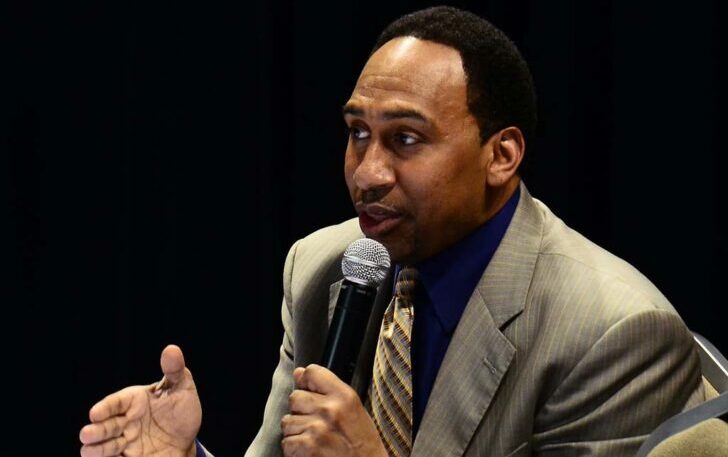 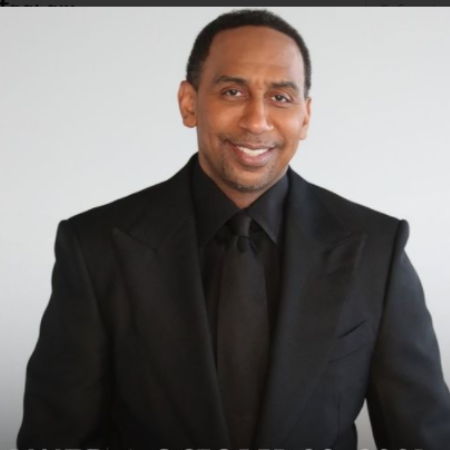 He runs his radio show, “The Stephen A. Smith Show,” on Mad Dog Sports Radio.

The controversial reporter knows how to keep his married life secret or isn’t married. However, many reports suggest he is already married, and some hint he is yet to be bound in any romantic relationship.

Espn analyst’s social media page also does not reveal anything about his wife and children. Further, scrolling through his Instagram page, reporting posts, or having fun with his ESPN guest was only found.

Stephens and controversy are two sides of the same coin. It is no secret he earned a fortune since he is not afraid to talk about anyone, whether that be Stephen curry’s wife Ayesha curry or Hip-hop star, Snoop Dogg.

Earlier in 2014, he was also suspended from ESPN for his controversial comments on domestic violence.

Smith has his commentary style and often uses catchphrases while hosting First Take with phrases such as “blasphemous” when pointing out something completely excessive, which does not make sense to him and the audience.

Apart from that, he is frequently heard quoting “baaaaaaad man” to quarterback Aaron Rodger with “A” stretched out for several seconds and is often known to have no idea about hockey by saying that tie games still exist in the sport.

Funny. Even a song was made for Smith’s hatred of the Cowboys

From 2015 to 2019, Stephen’s earned $5 million in salary with an additional $1million from radio hosts on Sirius XM.

He recently signed a new contract with Espn for 8-10 million annually, and if that is correct, it will make him the highest-paid person in Espn history, just above Mike Greenberg, who makes a whopping $6.5 million.

Apart from that, he earns from soap operas and movies, but his earnings remains undisclosed.

Stephen Anthony Smith was born on October 14, 1967, in the Hollis section of Queens and his five siblings.

He is the second youngest of six children and grew up with his four elder sisters and a younger brother Basil. Unfortunately, he lost his only brother in a car accident.

Smith also has a half-brother on his father’s side, and his dad manages a hardware store. Moreover, his maternal grandmother was white and died just a day before the NBA championship.

Then, he joined the Fashion Institute of Technology for a year and, luckily, received a basketball scholarship at Winston- Salem University.

He played basketball under Hall of fame coach Clarence Gaines during his college days. He wrote a column for the university newspaper, arguing Gaines should retire following his issues regarding heart.

With the Winston- Sale, Journal, the Greensboro News and Record, and the Newyork Daily News, he started his career in print media. Then he worked for a Philadelphia inquirer. However, they demoted them from the writer’s post, which made him start his blog, stephena.com, later working for ESPN radio station.

After leaving Espn for Sirius Fm to join the Mad dog channel related to sports in 2013, he was also on the team broadcasting Manny Pacquiao vs. Jessie Vargas as UFC commentator on November 5, 2016. Ultimately returned to Espn and started his television career on January 17, 2017.

Formerly Radio host is working as an analyst in Espn talk show first take. Later started his show ‘Quite frankly with Stephen smith.’

Smith made his acting debut on the ABC soap opera in a cameo role as a television reporter in ‘General Hospital.’ Later, he also appeared  in Chris Rock Motion’s picture ‘I think I love my life.’

As of the beginning of 2014, he had appeared in a series of Oberto all-natural beef jerky commercials as B. Smith returned to General Hospital on April 1, 2016.

Steven is a very tall and charismatic individual who has been the Face of Sports in USA for a long time.