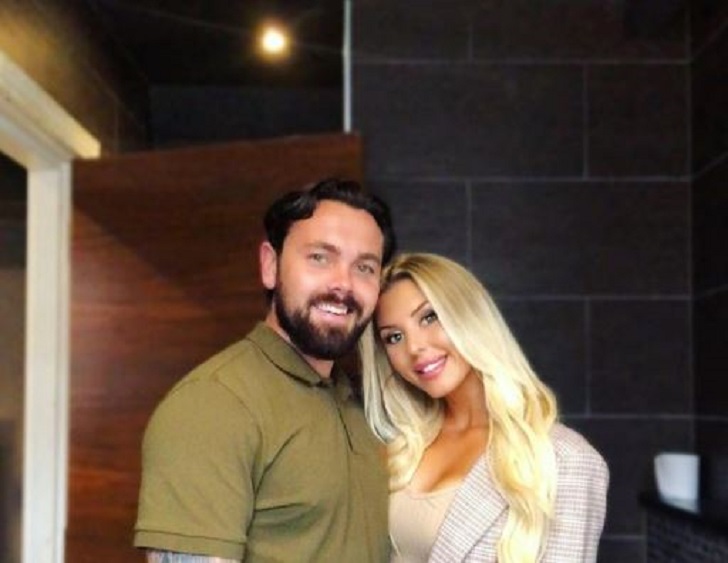 If you have watched all the series of the British figure skating show Dancing on Ice, then Raymond Arthur Quinn, aka Ray, might not be a new name for you. The 33-years-old English actor, singer, and dancer Ray is the winner of the 4th and 9th series of Dancing on Ice with dancing partner Maria Filippov.

Similarly, Quinn is also famous as the runner-up of the third season of the music competition show The X Factor. The singer Ray released his first studio album Doing It My Way, on March 12, 2007. The album is a massive hit and received BPI Platinum Certifications.

Raymond is living a successful professional life. He is working hard and pursuing a better career in the entertainment sector. But is Quinn’s personal life as prosperous as his professional life? Ray and his fiancee are soon welcoming thei first kid together.

The Brookside actor Ray Quinn and his fiancee are expecting the first kid together. Quinn and his dancer, choreographer partner Ashleigh, took Instagram to share the news.

They announced the pregnancy news on March 6, 2022, by sharing a cute dancing video on Instagram. The upcoming baby will be their first child of them together. The soon-to-be parents are eagerly waiting for ther newborn.

On Instagram on March 5, 2022, Emily wrote, “Taking my breath away with each little kick. I have never felt so lucky to be on this journey, creating a little life half of me & you, @rayquinn_uk. I have ever felt as well as kissing your daddy & seeing how excited your big brother is to meet you, of course—enjoying every little change in my body. I love you, little one; stay safe and cozy in there.”

Ray, who currently works as a carpet fitter, shares a kid with Emily following more than four-years-long dating. How and when the duo met one another is unclear. But, Ray proposed to Emily with an engagement ring in January 2020. Informing the engagement, Ashleigh said, “The most beautiful things are not seen or heard, but felt. Falling in love with you is just indescribable. Forever it is.”

Before starting the relationship with Emily, the Aladdin actor Ray was in a marital relationship with actress Emma Stephens. Ray and Emma began their romantic affair in 2009. Following a year-long dating, the couple got engaged on 2010‘s Christmas Day.

Later, Quinn and Stephans tied the wedding knot in Barbados on March 21, 2012. Emma gave birth to the pair’s first child, a son, Harry Frank Quinn, in August 2012. The formerly married couple were jointly parenting their son. However, in February 2015, Ray and Emma parted ways.

As of now, Harry Frank, 10, is living merrily with his father, Ray and step-mom, Emily. Harry and Emily share a good bond. Ashleigh calls him her “bestfriend.” He often features on the post updated by Emily on her Instagram account with more than 500 thousand followers.