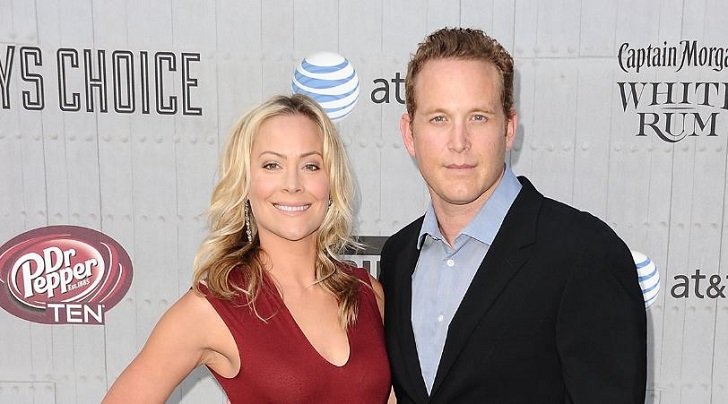 Cynthia Daniel, who later chooses photography as her profession, had a successful acting career. Daniel is better known for playing Elizabeth ‘Liz’ Wakefield in the comedy-drama series Sweet Valley High (1994-1997). Daniel’s other acting credits include The New Leave It To Beaver, The Basketball Diaries, Burke’s Law, and others.

The former actress was born to Charlton B. Daniel Jr (father) and Carol Daniel on March 17, 1976, in Florida as Cynthia Lynn Daniel. She is the identical twin sister of an American actress Brittany Daniel, also known for her performance in Sweet Valley High a Jessica “Jess” Wakefield. Additionally, she has an elder brother named Brad Daniel.

Cynthia and her sister Brittany, who graduated from Gainesville High School started their career working as model and were signed to Ford Modeling Agency. Brittany continued to work in the entertainment sector, but Cynthia quit her acting career and started working as a photographer. What is Cynthia’s present marital status? Know about it in the following sections.

Cynthia Daniel In A Marital Relationship With Cole Hauser

The 46 aged Cynthia is also attracting media attention for being a celebrity wife. She is happily married to her husband, Cole Hauser, who is establishing a better future in acting. Cole Kenneth Hauser, a native of California, is known for playing Benny O’Donnell in the coming-of-age comedy film Dazed and Confused.

The information regarding the 47 aged The Lizzie Borden Chronicles star Cole, and Cynthia’s first meeting is unfamiliar. But, Daniel’s Instagram post on March 26, 2021, recommends that they have been together since 1997. She shared their throwback image, writing, “Young love. @colehauser22 #24yrs ago #lostintahiti #tbt.”

Cynthia and Cole tied the wedding knot on December 22, 2006. But, the details regarding their marriage are lacking, as they did it secretly. As of now, Mr. and Mrs. Hauser, who are on their 15th wedding year, are sharing a healthy marital bond. The High Incident actor Cole and his wife are also examples of a successful marriage. The married duo shares romantic pictures on their social sites and travels frequently.

Their eldest son Ryland, 17, is a football player. The 6-feet-4.5-inch tall Ryland graduated from Jensen Beach High School, Florida. Similarly, in August 2022, Ryland was offered a “football scholarship at the University of Northern Alabama.”

Cynthia shared the news on her Instagram, “Ryland is a blessed young man! He’s been offered a D1 football scholarship at the University of Northern Alabama!!! #hardwork #dedication.”