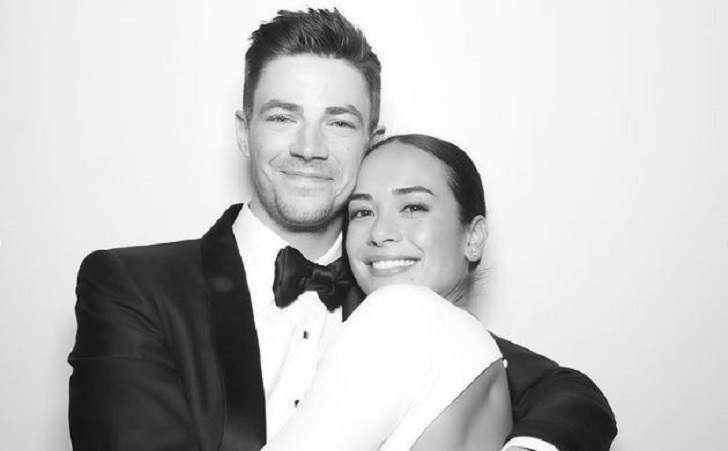 The Malaysian/American Andrea Thoma, aka Dr. LA, is a certified physical therapist and a fitness coach having a degree in exercise physiology from Kent State University. Thoma is the founder of the application Dare To Be Active, which is available in the Apple Store. The app guides us about the workouts and activities. Also, Andrea is an Instagram star influencing people through her daily training videos, informing them about a healthy lifestyle and balanced diet, and others.

The trainer was born on July 11, 1988, in Ohio, the USA. She is one of the three children of mother Judy Thoma and father James Thoma. Andrea has two siblings, Jonathan Thoma and Louise Thoma. Her brother Jonathan graduated from The Ohio State University. He works as a Director of Business Development at Hyperian Motors. Also, his Instagram profile suggests he is a chef at Great White Cafe & Restaurant, Venice.

The social media sensation and fitness teacher Thoma is not only known for her professional works. But, her eminence boosts after she shares her personal life with entertainer Grant Gustin. Let’s get deeper into Thoma and Gustin’s martial details below.

The 34-years-old Andrea met her now-hubby Grant, an American actor, in 2016 at a dinner party. Soon after the first meeting, Andrea and Grant did not take too long to build their romantic connection. The couple made their relationship Instagram debut in September 2016.

Following less than a year-long dating, Grant decided to propose to his girlfriend, Andrea. He put a diamond ring on Andrea’s ring finger in April 2017. Andrea shared her engagement news via Instagram post in May 2017, sharing a picture of herself hugging Grant and flaunting a ring. She wrote, “I can’t believe this boy is signing up to let me eat his face for the rest of our lives.”

Their Romantic Marriage Held In 2018

Thoma and Gustin choose December 15, 2018, as their big day. A couple of more than a year tied the nuptial knot in a romantic ceremony held in Valentine DTLA, Los Angeles, in the presence of their family members and friends.

Andrea chooses a low back, boat neck, and slit full sleeve gown to walk down the wedding aisle with her partner Grant. She did a low bun hairstyle wearing a floor-length veil. Additionally, Thoma paired it wearing blue high heels. Moreover, she carried a colorful flower bouquet from Primary Petals. On the other hand, Grant donned a black tuxedo with a white shirt and a black bow tie.

Thoma shared their wedding news a week later, on December 23, saying, “we have been married a week, and I am not even sick of him yet.” Mr. and Mrs. Gustin has already marked their third marriage anniversary. She wished her husband on their third anniversary, writing, “three years & it just keeps getting better.”

On February 12, 2021, Andrea uploaded a picture with baby sonography for the announcement of her being pregnant with their first baby. She captioned an image, “adding one more to the crew! The pups are thrilled.”

Later, on August 17, 2021, the husband-wife duo became parents, welcoming a baby girl Juniper Grace Louise Gustin. Thoma also declared the news of their firstborn’s birth through Instagram. “Juniper Grace Louise is here and mama and papa are absolutely obsessed. We will be very busy kissing and sniffing every inch of her until she is old enough to tell us it’s weird,” Andrea wrote, sharing newly born Juniper’s cut feet.

The fitness mentor and her spouse Grant are jointly happily parenting their daughter. Unlike other kids, the years-old Juniper Grace is kept far from the spotlight, and her face is also not revealed. Besides, Andrea and Grant are also fur parents. They have three pet dogs of the ‘Coton de Tulear‘ breed.

Later, the 6-feet-0-inch (183 cm) tall Grant got a leading role to play Sebastian Smythe in the musical comedy-drama Glee. Gustin is worldwide famed for portraying Barry Allen/Flash in the superhero television series The Flash. He also received the Saturn Award (2015) and Teen Choice Award for the film.

Gustin’s other performances include Batwoman (TV Series), Legends of Tomorrow, Arrow, Affluenza, Supergirl, and others.