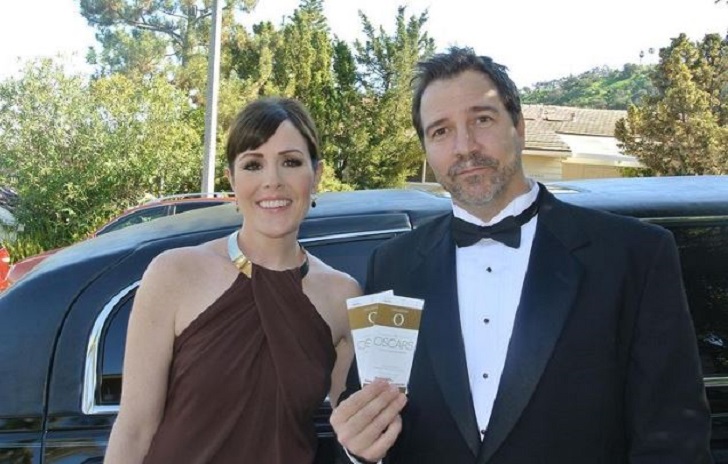 The animated films and series are getting hype these days. And illustrators play a vital role in making characters interesting and creative. Spencer Laudiero is also a famous American illustrator and storyboard artist. Spencer has “21 years of experience in TV Animation.”

Laudiero has a bachelor’s degree in Animation/Illustration from The University of Arts. He is famous for his work as a storyboard artist for the animated sitcom Family Guy. Laudiero’s other credit includes Robot Chicken, Puppy Dog Pals, Central Park, etc.

As per Glassdoor, the average salary of Storyboard Artists is $98,750 per year. From his professional works, Laudiero undoubtedly gathers an impressive sum of wealth. As per estimation, he has a net worth of $1 million. Now, let’s discuss his personal life. Besides being an illustrator, Spencer is also popular as a celebrity husband. Know about his marital life in the following sections.

Who Is Spencer Laudiero’s Wife?

As mentioned above, Spencer is also getting recognition as a celebrity spouse. He is non-other than the beloved husband of Rachael MacFarlane. Rachel, 46, is an American voice actress and singer. Rachel released her debut album ‘Hayley Sings‘ on September 25, 2012. Her notable works include her various role in The Grim Adventures of Billy & Mandy.

Spencer and Rachel first met in 2000 while working together in Fox animated series Family Guy. After the first encounter, the duo shared a good bond and soon started their romantic relationship.

Following six-year-long dating, Rachel and Spencer decided to walk down the aisle on May 4, 2008. Their intimate wedding ceremony was held in front of their close ones. On the big day, the bride wears a strapless gown, and the groom dashes the look by wearing black suit pants, a white shirt, and a black tie.

Since the wedding day, Mr. and Mrs. Laudiero have shared a blissful bond as perfect married partners. Spencer and Rachel are soon celebrating their 14th wedding anniversary on May 4, 2022. The voice actress never misses a chance to share adorable pictures with her hubby Spencer on her official Instagram account.

Similarly, their second daughter Perrin Elizabeth Laudiero was born in June 2015. As of now, Spencer and his wife Rachel are jointly parenting their daughters. The Laudiero sisters are also receiving fame as celebrity daughters. Likewise, they often feature on the post updated by Rachel on her official Instagram account.