Skip to content
Home » Entertainment » The Marital Details Of Clayton Snyder And His Wife, Allegra Edwards

The Marital Details Of Clayton Snyder And His Wife, Allegra Edwards 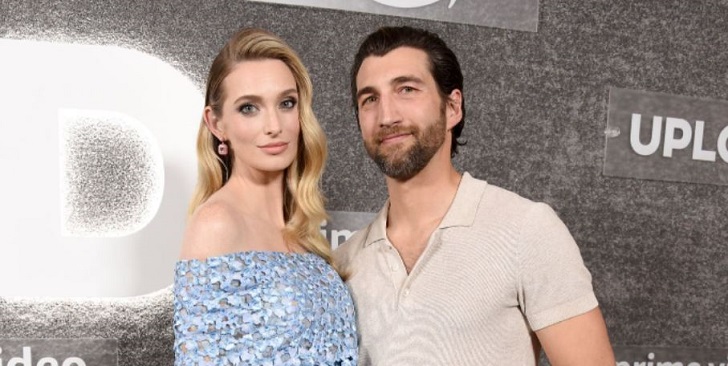 The 6-feet-2-inch (188 cm) tall American actor Clayton Snyder has been working on Hollywood movies and TV shows since 2000. Snyder is famous for playing Ethan Craft in the Disney Channel series Lizzie McGuire. Snyder also made his appearance in its film adaption, portraying the same character.

Clayton received his Bachelor of Arts (BA) degree in Film and Cinema from Pepperdine Univerisity. He was also a member of the University’s water polo team. Besides, actor Snyder is a licensed real estate agent who works at exp Realty.

Working in the movies and TV shows has helped Clayton gather popularity and a good sum of wealth. Is the actor living a successful marital life like his professional life? The following sections will be about Snyder and his wife, Allegra Edwards‘ marital life.

Who Is Allegra Edwards? How Did Their Romance Start?

Allegra’s other credits include Orange Is The New Black, Briarpatch, The Mindy Project, New Girl, Modern Family, and Friends From College.

Clayton and Allegra first met as a freshman at Pepperdine University. Edwards studied theatre and television at the University. Likewise, their mutual friend introduced them. Soon after the first meeting, Edwards and Snyder shared a good bond and began dating in 2006. But, after dating for three years, in 2009, they temporarily partitioned their relationship.

Later, the couple reconciled the relationship in 2018 and since the bond is inseparable. On June 17, 2021, Snyder shared an image on Instagram with Allegra, captioning, “Our second first date. Three years ago today. ILYB @allegra_edwards.”

Clayton Snyder Popped The Question In 2019

After a year of a rekindling of their relationship, the Wayward Guide cast Clayton proposed to his girlfriend, Allegra, with a pear-shaped engagement ring. Snyder popped the question in December 2019 in Granite Bay, California.

Speaking to the Brides, Edward said, “It’s where I told Clayton I loved him for the first time in 2006 and where he proposed in 2019.”

The lovebirds revealed their engagement news through an Instagram post. On December 2, 2019, sharing an engagement picture, Allegra wrote, “2009/2019 I get to grow older with the love of my life, for the rest of my days. I adore you, Clay. Thankful is an understatement.“

Clayton and Allegra’s intimate outdoor wedding ceremony was held on October 3, 2020. Similarly, their close ones, almost 90 people, attended the wedding reception held in Granite Bay, California. Allegra and Clayton’s wedding was officiated by Christian Flowers, their friend who first introduced them.

The wedding planners Beyond Smitten Events managed their wedding. Similarly, the wedding details are also featured in Brides Magazine. Likewise, the photographs were handled by Anee Atelier.

The bride chooses the Chantal gown designed by Elizabeth Fillmore. Similarly, her hair and make-up artists were Sara Altieri Gutierrez and Marissa Melonuk. Likewise, Edwards finished her wedding look wearing pearl drop earrings. On the other hand, the groom, Clayton, opted for a navy blue strip tuxedo from Bonobos.

Clayton and his wife Allegra expect their first child together. The husband-wife duo of more than a year announces the news of them expecting their kid through Instagram.

On January 17, 2022, Clayton shares the baby’s sonography, captioning along with the due date, “July 2022. Praise God for this miracle. Already sparking so much joy. We cannot wait to meet you. I mean, we definitely can. Please wait until you’re due. @allegraedwards you are already an incredible mother.”

Similarly, in April 2022, Allegra and her husband, Clayton, threw a gender reveal party revealing the baby is a boy. As of now, they are eagerly waiting to be parents. Likewise, Allegra enjoys her pregnancy and shares baby bump pictures on her official social sites.