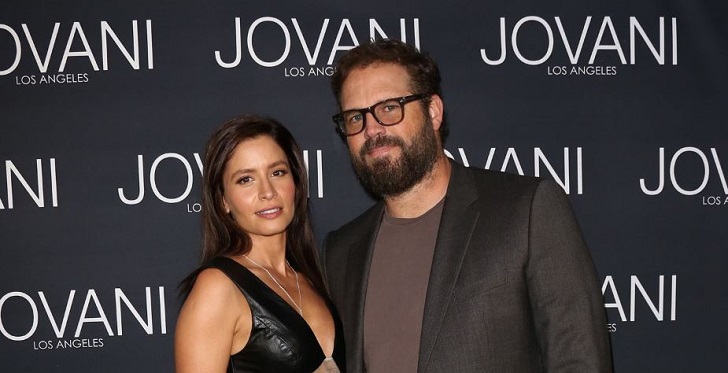 David Denman is one of the lead casts of The Office that has 9/10 ratings on IMDb. In the American mockumentary sitcom, David plays the role of Roy Anderson. Denman also received Screen Actors Guild Awards (2007) for Outstanding Performance by an Ensemble in a Comedy Series.

The Newport Beach, California native David was born on July 25, 1973. Intending to pursue a better career in the acting sector, David has chosen acting courses and classes since childhood. He trained at the American Conservatory Theatre, San Francisco, California. Later, Denman earned a Bachelor in Fine Arts (BFA) degree from the Juilliard School.

David entered the Hollywood Film Industry in 1997. Since then, he has been pursuing an acting career with working experience in several successful movies and TV shows. His professional career has not helped him gather media attention and live a celebrity life but has also been a primary source of earning hefty wealth. David has an approximate net worth of $3 million. Not only that, but Denman is also living a blissful marital life. The following sections will help you find detailed information regarding David’s married life.

David Denman Is The Husband Of Mercedes Mason

The house with two celebrities. Like David, his wife Mercedes Mason is also a successful entertainment star. The Swedish-born USA actress Mercedes, 40, is popular for her performance as Deputy U.S. Marshal Isabel Zambada in The Finder, a procedural drama series.

The 5-feet-9-inch (175 cm) tall Mercedes has starred in movies and TV shows like Chuck, Quarantine 2: Terminal, 666 Park Avenue, NCIS: Los Angeles, The Rookie, and others. Similarly, Mercedes and David have shared the screen for the 2019 legal thriller series How to Get Away with Murder as Cora Duncan and Kevin Murphy.

The detail regarding the Outcast actor David and The L Lord: Generation Q actress Mercedes’ first meeting is unclear. But, before tieing the wedding knot, Denman and Mason dated each other and worked together in the 2011 Fox sitcom Traffic Light.

In Traffic Light, David played the main role of Mike Reilly, and Mercedes worked as Sherry in its first episode, ‘Pilot.’

“HAPPY ANNIVERSARY to this guy….my best friend, my partner in crime (we killed a guy once, it’s not all it’s cracked up to be by the way), and my baby daddy! Let’s hope we’re married so long that one day we’ll share dentures…awww, gross.”

Mercedes tied the wedding knot wearing a strapless wedding gown, pairing it with a pearl necklace. Likewise, David chooses a grey tuxedo on his big day. Since the wedding day, David and Mercedes have been living an ecstatic marital life supporting each other.

To wish his wife Mercedes on their 7th wedding anniversary, David wrote on Instagram, “How it started, how it’s going. #sevenyearsandcounting. Wouldn’t want it any other way! Love you and your stupid face that still makes me laugh every single day. Best decision I’ve ever made. Happy 7th-anniversary @mercedesmason.”

They Are Parents To Two Boys

Similarly, Mercedes shared a picture of Caius holding her finger, saying, “Welcome to the world, Caius Kane, born 01/10/2018. Your daddy and I love you more than we could ever express. I didn’t know what love was till I saw your face. #TheLoveOfMyLife. #MySon.”

Likewise, in January 2021, she announced her second pregnancy. David and Mercedes became parents for the second time on May 11, 2021, welcoming son Sagan Cyrus Denman. As of now, David and Mercedes are jointly parenting their sons. Caius, 4, and his younger brother Sagan, 1, sometimes feature on their parents’ social media posts. Likewise, the Denman brothers are also getting recognition as celebrity sons.

The 48 aged actor David was a married man before tieing the wedding knot with actress Mercedes. Denman walked down the wedding aisle with American actress and singer Nikki Boyer.

David and Nikki got married on May 27, 2001. However, their marital relationship did not last long. Denman and his first wife, Nikki, divorced in 2010 following a nine-year marriage. The reason behind their separation is unknown. As of now, the 46 aged Nikki is in a romantic relationship with her partner Tommy Fields, with whom she is soon tieing the knot.