Skip to content
Home » Entertainment » Trino Marin: The Prisoner Of Fame. Is Marin still in jail?

Trino Marin: The Prisoner Of Fame. Is Marin still in jail? 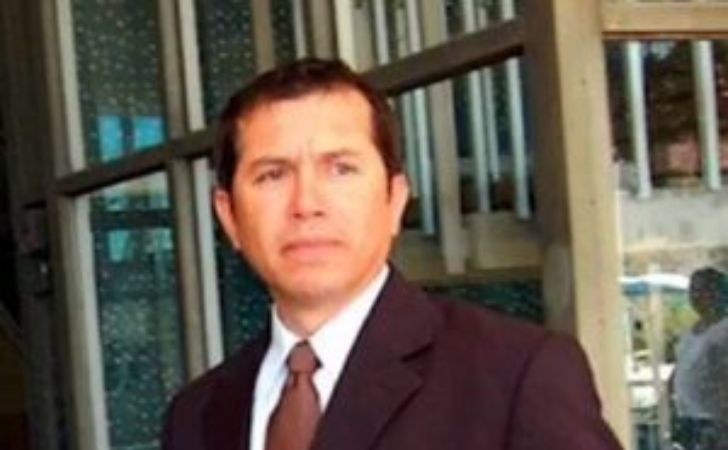 Jose Trinidad Marin, widely known as Marin Trino, is the first husband of the actress and singer, late Jenni Rivera. Besides, Trino is also famous for his criminal case. After molesting his ex-sister-in-law and daughter, Trino went to jail for over three decades.

Is Trino Marin still in prison? Know the detailed information about Trino’s felonious case in the following sections. Also, know about Trino and Jenni’s marital details and divorce.

The 57-years-old Trino’s harassing and sexual assault towards his family made him spend the rest of his life in prison. Because of Marin’s abusive behaviour, his sister-in-law, Rosie (Jenni’s younger sister), came forward and disclosed the evil crime he committed.

Rosie confessed that Trino victimized her over several years. Upon hearing the awful news, in 1997, the molestation case was filed against him.

However, after the lawsuit, Trino Marin escaped and did not appear in court. He left the town, changed his name, and lived in Riverside County. He spent 9-years as a fugitive.

Later, in April 2006, Jose Trino Marin was apprehended. He went to more than 31 years in jail without any parole. Trino is charged with nine felonies, including repeated sexual abuse and sexual assault of a child under 14.

Trino and Jenni’s daughter (Trino’s victim) were molested by her father from age 8 to 12. Additionally, Jose Trino is in jail now. In court, he said, “I am ashamed of my horrifying acts and am getting what i deserve.”

Jenni Rivera is one of the well-known names all over the Hollywood film and music industry. Her philanthropic works are still fresh.

Even after her demise, she is a source of inspiration for many people. The top-selling female artist Jenni’s sold around 20 million albums. She released eleven studio albums and thirteen singles. Also Read: Darryl McCauley

Rivera had also hosted several television shows, Award functions such as Latin Grammy Awards, and others. Similarly, Jenni appeared as Maria Tenorio in the drama film Filly Brown and self-appearance in the reality television series I Love Jenni, The Riveras.

The talented and beautiful singer Jenni died in an accident on December 9, 2012. Jenni was killed at 43 when Learjet 25, a business jet aircraft, crashed at Monterrey, Mexico.

Jenni was travelling in the jet with six other passengers. She was there in Monterrey for her performance, and the probable cause of the accident was “loss of control.”

Jenni’s body was buried at All Souls Cemetery in Long Beach, California, on December 31, 2012. Her death made the international news. Many famous artists tribute her. Similarly, at the 2013 Latin Billboard Music Award, Jenni Rivera was posthumously awarded seven awards.

The primary reason behind Trino Marin’s prominence is his former wife, Jenni Rivera. Trino and Jenni met as a teenager when they were in high school. After dating for several years, Jenni married Trino when she was 15 years old. She married him while she was pregnant with their first child.

Jenni and Trino exchanged wedding vows in 1984. The teenage love and marital relationship were going fine. However, there arises a dispute in the connection. Moreover, Jose was against Jennie’s college and repeatedly used to tell her not to go to college.

The relationship became more abusive, and in 1992 Jenni filed for divorce, citing Trino’s physical and emotional abuse. Their marital relationship ended after eight years. Also, Marin was found abusive towards Jennie’s younger sister and his children. This thing led them to divorce.

Likewise, they became parents for the third time in 1991 and shared a son named Michael.

Trino and Jenni’s daughter Jacqueline, aka Jacqie, has been in a marital relationship with her husband, Michael Campos, since 2012. Jacqueline and Michael are parents to four kids, Jaylah Hope Yanez, Jordan Campos, Jenavieve Campos, and Julian Joy Campos.

The Latin Grammy Award-winning Chiqui released her first single ‘Paloma Blanca‘ in 2014. It was a tribute song to her mother, Jenni. The 36-years-old Chiqui has also made her appearance in the reality TV show Jenni Rivera Presents Chiquis & Raq-C.

Chiquis was sexually assaulted by his father, Trino Marin, in her childhood. But at the court hearing, Chiquis said, “I have forgiven my father and I still love him. He may think that I disguise him. But the truth will never change that he is my father“.

Chiquis has two half-siblings, Jenicka Lopez (b. October 3, 1997) and Johnny Lopez (b. February 11, 2001). Jenicka and Johnny were born via Jenni’s marital relationship with her second husband, Juan Lopez. Jenni and Juan were married from 1997 to 2003.