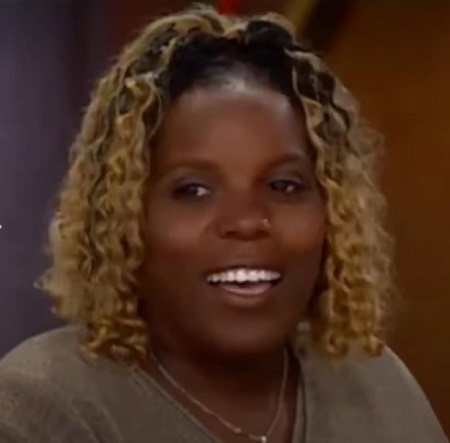 The Corona Virus (COVID-19) has miserably destroyed many people’s lives across the globe. Thousands of people lost their income sources, shelters and many people died. Among numerous others, Priscilla Murray Gibson also passed away due to the COVID-19 pandemic.

Priscilla lived a limelight life during her lifetime. She was non-other than the beloved, supportive mother of an actor and singer, Tyrese Gibson. Priscilla left the world in early 2021 after a week-long COVID-19 and pneumonia battle.

The Transformers actor Tyrese’s mother, Priscilla Murray, is no more in this world. On February 6, 2022, Gibson revealed the news of his mother’s worst health condition via an Instagram post. He also asked his followers to pray for the recovery of his mom.

She was hospitalized after pneumonia and COVID-19 diagnosis. However, Priscilla no longer fought her diseases. On February 15, 2022, the Fast and Furious actor Tyrese shared the news of Priscilla’s death with an emotional Instagram video.

On the caption, he wrote, “On behalf of my family and everyone who ever spent any time praying for my mother. This is the saddest moment of my life.

My sweet Valentine just passed away. May the lord Jesus Christ and his angels open the doors of heavens. We as a family are broken and just can’t believe this. From here on I ask that you HOLD MY HAND MOTHER and never let my hand go. Like you held my hand as a child and a teen never let my hand go mother.“

Cynthia Banks’s book ‘Drunk, for 27 Years: A Story of Victory – Her Choice to Live and Not Die‘ is based on Priscilla’s alcohol-addicted life. This inspirational book was initially published on July 23, 2009. Additionally, the book’s Hardcover price is $24.99 on Amazon.

Priscilla spends 27-years of her life as an alcohol addict. The book describes her heartache, tragedy, trauma during the time. The book also shows how Priscilla overcame her addicted life and lived a healthy lifestyle.

She went to Alcoholics Anonymous Center, and with the help of her children, she got rid of her addiction. According to the book, she became sober on September 23, 2006.

Was Mother To Four Kids

Priscilla was the mother of her four grown-up children. She shared two sons, Tyrone Gibson II and Tyrese Gibson (b. December 30, 1978), and daughters Salendra and Shonta Gibson with her former husband, Tyron Gibson.

As per his Twitter bio, Murray’s elder son Tyrone is an actor and a music producer. Similarly, her daughter Shonta is a radio personality and blogger (as per her Insta bio).

On the other hand, her younger son Tyrese is a thriving entertainment personality. The NAACP Image Award-winning actor Tyrese has appeared in movies and TV shows such as Baby Boy, Transformers franchise, Black and Blue, etc.

The 43-years-old actor Tyrese and his first wife Norma Mitchell were married from 2007 to 2009. They shared a daughter Shayla Somer Gibson from the marital bond in 2007.

Similarly, Tyrese married Samantha Lee on February 14, 2017. They welcomed their daughter Soraya Lee Gibson in 2018. Later, Tyrese and Samantha divorced in December 2020. Additionally, it seems like actor Tyrese is in a romantic relationship with his girlfriend, Zelie Timothy.