Skip to content
Home » Entertainment » When did TROY HAYDEN get married? Know the Kristy Morcom and Troy Hayden Wedding Details 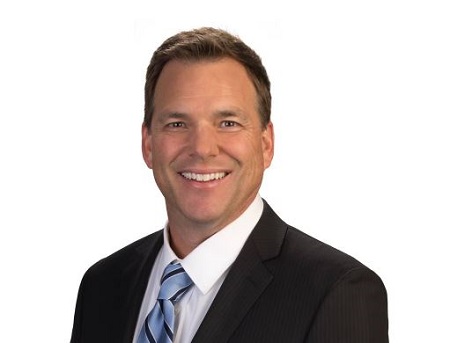 The multiple-time Emmy Award-winning journalist Troy Hayden works as an anchor and field reporter at KSAZ-TV (FOX-10). Hayden has been serving for the TV station since 1994.

The media personality, Troy, recently tied the wedding knot with her wife, Kristy Morcom. Know about Kristy and Troy’s wedding details in the following sections. Also, read Troy’s previous marital life. Why did he divorce his first wife, whom he was married to more than a decade?

The Fox 10 anchor Troy Hayden is in a marital relationship with Kristy Morcom. Troy’s wife Kristy is a Director of Media Relations at Wildlife World Zoo, Aquarium & Safari Park, Arizona.

How and when Troy and Kristen met one is unclear. However, it seems like Morcom and Hayden dated several months before tieing the wedding knot. It seems like Kristen and Troy said. ‘I Do’ at an intimate ceremony in Midtown, Phoenix. On November 1, 2021, Troy shared a picture with Kristen captioning, “Troy and Kristy Hayden. When you know, you know.“

The newly married couple shares a good bond as a perfect husband and wife. Mr. and Mrs. Hayden also never misses a chance to share adorable pictures on their social sites. For information, Kristy is the second wife of Troy.

As mentioned above, Troy was previously a married man before sharing wedding vows with Kristy. Hayden was married to Stephanie Angelo. Stephanie’s Facebook profile suggests she works as a producer and consultant at Cox Communications and Spa Advisors, Inc.

Everything was going fine. Troy and his then-wife Stephanie were parenting their girls jointly. However, their marriage ended. The exact date and reason behind their separation are unclear. But, it seems like Stephanie and Troy divorced in mid-2019.

The married duo was together for more than two decades. On September 6, 2018, Troy wished Stephanie on their 21st marriage anniversary. On the Facebook post, he wrote, “21 years! They key to a lasting marriage… a great wife.” However, this lovely pair had already parted ways.

2 thoughts on “When did TROY HAYDEN get married? Know the Kristy Morcom and Troy Hayden Wedding Details”