Who is Brandon Blackstock\’s ex-wife? Their Previous Married Details 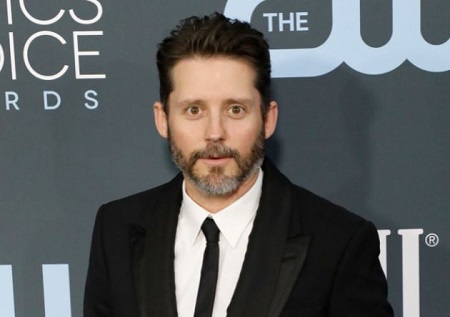 Brandon Blackstock is the son of the talent manager Narvel Blackstock and Elisa Gayle Ritter. He co-owns a talent management company, Starstruck Company, Nashville, Tennessee, with his father, Narvel. As per Brandon’s Facebook profile, he also works at Travel Pilot.

Besides the professional works, Brandon’s prominence rises to fame after sharing his intimate life with Kelly Clarkson. Let’s read more about Blackstock and Clarkson’s marital life and divorce reasons in the following sections.

The talent manager Brandon and the three-time Grammy Award-winning singer Kelly Clarkson first met in 2006. At the time, he was her manager, and they were rehearsing for the Academy of County Music Awards.

After the first encounter, Kelly and Brandon shared a good bond. Later, in late 2011, the duo began their romantic affairs. Following a year-long dating, Blackstock proposed to Clarkson with an engagement ring in December 2012. The Voice coach Kelly announced her engagement via Twitter post.

Talking about Kelly, she is one of the successful singers and actresses in the entertainment industry. Clarkson, 39, has released hit songs like Underneath The Tree, Breakaway, Stronger, etc. Kelly is also the winner of season 1 of American Idol (2002).

Got Married In A Low-Key Ceremony

Brandon and his longtime partner Kelly tied the wedding knot on October 20, 2013. Their intimate private wedding ceremony was held at the Blackberry Farms in Tennessee. The bride Kelly wore a full-sleeve embroidered ‘Jessamine‘ gown by Temperley London.

Likewise, the groom, Brandon, dashes the look wearing a black tuxedo. She revealed the news of their marriage, tweeting, “We got married yesterday at Blackberry Farms in TN, the most beautiful place ever!“

The married duo shared a healthy bond. Everything was going fine; however, in June 2020, Kelly filed for divorce. She filed for divorce, citing irreconcilable differences. The formerly married pair also legally battled for the custody of their kids. The pop-rock singer Kelly won the custody battle in November 2020. Their divorce was finalized on August 3, 2021.

Similarly, in August 2015, Because of You singer Kelly revealed that she was expecting her second child. Brandon and Kelly’s son Remington Alexander “Remy” Blackstock was born on April 12, 2016. As of now, River, 7, and Remington, 5, are living with their mother. They are also gaining fame as celebrity kids.

Besides River and Remington, Brandon, 45, is also the father of his two children. Blackstock shared kids with his first wife, Melissa Ashworth. Brandon and Melissa tied the wedding knot in 2001. But, after 11-years of marriage, they ended the marital relationship in 2012.

The formerly married pair, Brandon and Melissa, shared their first child Savannah Blackstock on June 7, 2002. Similarly, they became parents for the second time on November 21, 2006, sharing a son Seth Blackstock.

Brandon’s daughter Savannah, an equestrian, is in a romantic relationship with Quentin Lee. The 21-years-old Savannah and her boyfriend Quentin are also parents to their son Lake Easton Lee. Blackstock’s grandson Lake was born on January 17, 2022.