Who is Clare Crawley Dating? Previously Dated with Dale Moss 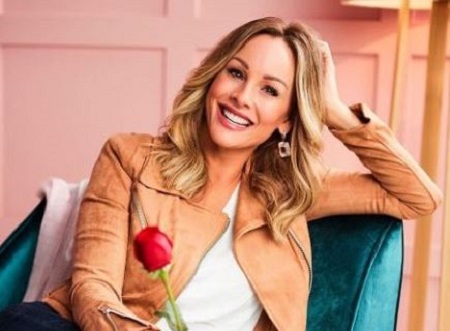 You might know Clare Crawley from her appearance in season 16 of the dating game show The Bachelorette. Crawley is also the runner-up of the 18th season of ABC’s reality series, The Bachelor. Besides reality star, Clare is a hairstylist by profession. She co-owns De Facto Salon in Sacramento, California.

Clare earns huge media recognition and fans as a lead cast of the popular dating series, The Bachelorette. But, her fans are unaware of her personal life. Is Crawley married to someone? Know about her current relationship status in the following sections.

Is Clare Crawley A Married Woman?

“People have noticed I wear this ring on my wedding finger and have asked why! The truth is because it is a commitment to myself first and foremost, to embody self-love. In the past I found myself getting into relationships where there was little to no reciprocity. This is my promise to myself, to make sure I always had enough self-love that no matter what happened, I was committed to loving myself unconditionally, and that is something no man could take away from me.”

At the moment, Clare is also not in a romantic relationship with any guy. The hairstylist, Crawley, is more focused on her career, which might be why she is single.

After the heartbreak, Crawley might be searching for the right person to start her love life. Additionally, she now spends quality time with her parents and family members. Clare is the youngest of sixth children.

Found Love In The Bachelorette

Clare Crawley met Dale Moss, an American football wide receiver in season 16 of The Bachelorette as a contestant. Season 16 ran from October 13, 2020, to December 22, 2020. At the first meeting, Clare and Dale fell in love. During the show, she admitted her feelings, saying, “I totally have feelings for you.” In response, Moss said, “I totally feel the same way.“

Moss and Crawley shared a good bond. On the 5th episode of the show, Dale got down one knee and proposed to her lady. He proposed to Crawley, saying, “And the best is yet to come. I’m not going anywhere. I want to make you happy each and every day. With that being said, I’m going to do it. I’m doing it. Clare, will you marry me?”

Clare also merrily accepted his proposal saying, “Yes.” Putting that ring on her finger, she said, “I’ve waited a lot of years for this.” Following the engagement, Clare and Dale left the show to continue the relationship in real life.

Separate To Re-Kindle The Relationship

After Clare and Dale came out from the show, they began sharing a good bond as the happiest engaged pair. However, after two months, they ended their relationship on January 21, 2021.

In an Instagram story, Moss confirmed the news. He said, “I wanted to share with you all that Clare and I have decided to go our separate ways.” However, the separation was temporary. After a month, in February, they were seen together in Nokomis, Florida. After the reunion, Moss and Crawley began sharing a healthy bond.

Not Meant To Be Together

Following a six-month-long reunion, Clare and Dale again partitioned their relationship in September 2021. Dale celebrated his birthday without the presence of Clare. As per US Magazine, Clare wanted to stay in Sacramento with her mother, who is ill, and Dale wanted to remain in New York, which might be the reason behind their separation.