Skip to content
Home » Entertainment » Who Is Jason Milligan? His Marital Life With Wife, Angela Griffin

Who Is Jason Milligan? His Marital Life With Wife, Angela Griffin 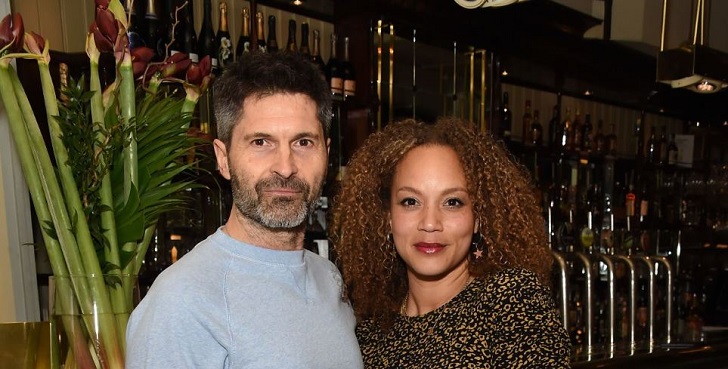 Jason Milligan is a British actor born in 1969 in Newcastle-Upon-Tyne, England. Milligan is the stepbrother of the actor and musician Max Beesley. Jason has experience working in movies and TV shows such as Bull, Dun Breedin’, The Afternoon Play, and others.

Besides his professional acting career, Jason is widely popular for being the supportive husband of English actress Angela Griffin. The married duo has been sharing a healthy intimate relationship. Let’s find detailed information regarding their marriage in the following sections.

As mentioned above, Jason’s beloved wife, Angela Griffin, is a well-known actress in the film industry. The National Television Award-winning actress Griffin is widely famous for her portrayal of Kim Campbell in the British drama series Waterloo Road.

Likewise, Jason has featured in the British talk show Angela and Friends, presented by his spouse Griffin from November 2009 to July 2010.

The actors first met in 1996; at the time, Angela was 20 and Jason was 27-years-old. Milligan and Griffin were introduced by his step-brother Max, a god friend of Angela. Reminiscing old memories to Express.Co, Griffin said, “It was on a funny little double date. My friend had said, ‘I’m going on a date, and I feel a bit nervous. Will you come along?’ And Max said, ‘Right, I’m going to bring my brother then!“

After the first encounter, Jason and Angela began a good friendship. “Nothing happended for six years.” In December 2002, they decided to come out of their friend zone and start a new romantic relationship. The couple went to the Wellington Club in Knightsbridge for the first date.

The lovebirds decided to take their relationship to the next level by marrying, following four-year-long dating. Jason and Angela tied the wedding knot on July 27, 2006, in an intimate ceremony held in Babington House in Somerset, England. The bride and groom’s close ones attended their wedding reception.

Mr. and Mrs. Milligan currently share a healthy bond as perfect married partners. The husband-wife duo is soon celebrating their 16th (more than a decade) long wedding anniversary. Jason and Angela upload pictures wishing one another on their marriage anniversary.

On July 27, 2021, Griffin shared an image with Jason wishing him on their 15th anniversary, saying, “15 years ago we tied the knot, and we haven’t stopped laughing since. @jaseewasee is the funniest kindest man I’ve ever met and I’m so massively lucky to have him as my husband, on my side, and father to our kids. Love you so much. Looking forward to laughing for a million years to come. #wedding #fifteenyears.”

Tallulah, 18, and the 15-years-old Melissa have respective Instagram accounts with 2,107 and 587 followers.