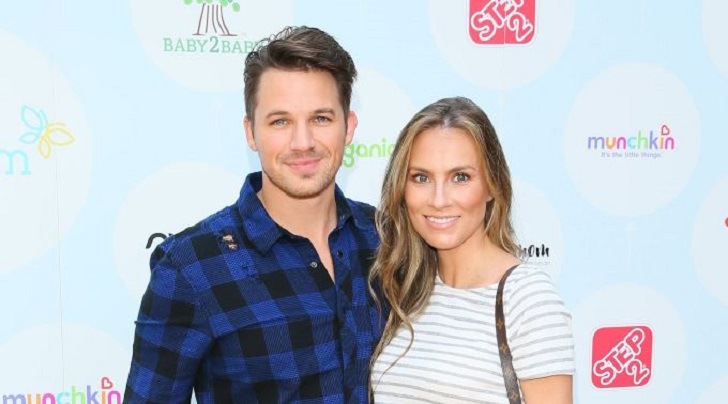 The ordinary person getting recognition after sharing an intimate life with a celebrity is not new nowadays. Angela Stacy is also whose prominence rises to fame after tieing the wedding knot with Hollywood star Matt Lanter.

By profession, Angela is a fashion and beauty vlogger. Stacy shares skincare, make-up and hair tutorials and DIY videos on her Youtube channel with more than 200 thousand subscribers. Also, the celebrity wife Angela is famous on Instagram. Her verified official Instagram account boasts 342 thousand followers.

Let’s find out the details of Angela and Matt’s marital life in the following sections.

Whether it’s satisfaction or sadness, Angela never misses a chance to support and encourage her life partner. In March 2022, actor Matt was diagnosed with an intestinal obstruction which led him to admit to the hospital. After a week-long hospital stay, Lanter came home and is recovering.

The Youtube personality Angela and Star-Crossed actor Matt began their romantic relationship in late 2010 after meeting for the first time in 2008. In 2011, she moved to Los Angeles to live with Lanter. Following more than a year-long dating, Matt proposed to Angela with an engagement ring in 2012.

The longtime couple decided to take their relationship to the next level by marrying after a year-long engagement. Angela and Matt walked down the aisle on June 14, 2013, at Calamigos Ranch, Malibu, California.

The pair tied the wedding knot in an intimate ceremony before their close ones. Matt said, “It was the happiest day of my life. Everything went perfectly. Doing this in front of our closest friends and family was amazing.” Similarly, the wedding event was designed by Butterfly Floral Event Design.

Matt and his wife Angela shared an adorable baby girl from the martial solidarity. On August 2, 2017, Angela revealed the news of her pregnancy via an Instagram post.

Later, she gave birth to her and Matt’s first child, daughter MacKenlee Faire Lanter on December 30, 2017. She weighed 6 lbs 11 oz and 20 long at the delivery time. As of now, MacKenlee, 5, is living merrily with her celebrity parents.