Skip to content
Home » Entertainment » Who is Romany Malco Current Wife? Divorced with Taryn Dakha in 2016

Who is Romany Malco Current Wife? Divorced with Taryn Dakha in 2016 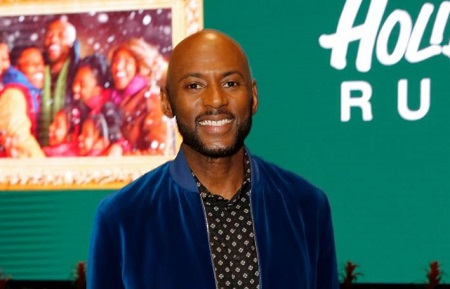 The 54-year-old Hollywood actor Romany Malco is widely famous for his appearance as Denzil Eisenhower in Churchill: The Hollywood Years. Besides the actor, Romany is a director and writer who has worked in Tijuana Jackson: Purpose Over Prison.

From a decades-long professional career, the MTV Movie Awards-nominated actor Malco undoubtedly gathers an impressive net worth. But what about the actor’s personal life? Is he in a romantic relationship with someone after separating from his first wife?

The Think Like A Man actor Romany was in a marital relationship with Taryn Dakha. Malco’s former wife, Dakha, is an actress, model, and former ice skater. Dakha, 42, is the body double of famous actress Jessica Alba. Taryn has worked in The Eye, Good Luck Chuck, Fantastic Four, etc.

Taryn and Romany first met in the comedy/romantic film The Love Guru set in 2007. After knowing each other, they soon began their romantic relationship. Later, on September 3, 2008, Malco and Dakha decided to take their relationship to the next level by marrying.

Detailed information regarding Romany and Taryn’s wedding is lacking as they tied the nuptial knot in a private ceremony. Everything was going fine; however, they failed to continue their marital relationship and ended it in 2016.

The exact reason behind Romany and Taryn’s divorce is missing. But, as per the sources, she was in an extra-marital affair during her relationship with Romany.

After parting ways with Taryn, The 40-year-old Virgin cast Romany is in a blissful relationship with his mysterious “life partner.” However, detailed information regarding Malco’s partner is missing, as he has kept his present relationship status far from the media.

The 5-foot-8-inch (173 cm) tall actor Malco is also a father to his son Brave Malco. His first son, Brave, was born on January 22, 2021. However, Romany kept the news of Bravo’s birth secret until February. On February 9, 2021, he shocked his fans by announcing that he had welcomed a baby boy.

The caption of an image where baby Brave is sleeping on Romany’s chest reads,

“His name is Brave. He was born on Jan 22, 2021, at 6:52 AM. Breech birth, and it all happened within a matter of 5 minutes. After witnessing the entire birthing process, I felt a deeper love for my life partner. She loves it when I call her my queen. I find it more amusing to call her my baby momma. But the love I feel for her now is heightened, something new that I can’t yet describe.”

Not only that, but in the caption, Romany also says that Barve is his only biological kid. However, he is the stepdad of his two-step children. He wrote, “I’m already a stepdad of two. Our 11-year-old and 17-year-old have done an incredible job of preparing me for this moment. They have taught me unconditional love, and they’ve rallied for Brave in unexpected ways.”

As of now, Romany is busy and seems to love his fatherhood. He keeps on posting pictures of his son on his official Instagram account.

Back in 2015, Romany Malco was rumored to be dating his co-star, Meagan Good. Indeed, they were estimated to be in a romantic relationship.

Although Malcon was speculated to be dating Good, the Weeds and A Million Little Things star frequently refused such rumors. Moreover, Malco even claimed that he has been single since his divorce.