Skip to content
Home » Entertainment » Who sings for Dolores in Encanto? The Voice Behind Fan Favorite Dolores Madrigal in Disney’s “Encanto”

Who sings for Dolores in Encanto? The Voice Behind Fan Favorite Dolores Madrigal in Disney’s “Encanto” 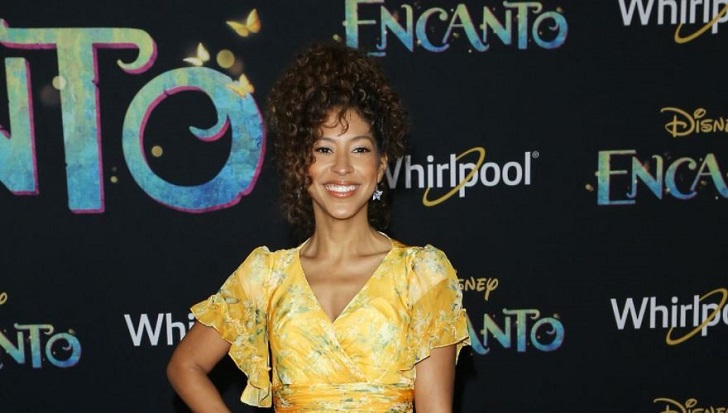 The successful Walt Disney fantasy comedy film Encanto received good feedback and became a commercially hit. Many successful artists provide their voices for the film’s characters, showing the Madrigal family’s lifestyle and others. Among other voice artists, singer Adassa also equips her voice for the film’s main character Dolores Madrigal.

The Columbian/American musician Adassa receives a good appraisal for her soothing voiceover. Angie Cepeda (of Julieta Madrigal) and Stephanie Beatriz (of Mirabel Madrigal), and Rhenzy Feliz are also the voiceover artists of Encanto. In the following sections, let’s read about Adassa, aka Hadassa Candiani.

The 35-years-old singer Adassa is in a blissful marital relationship with Gabriel Candiani. Her husband, Gabriel, is an American music producer at the music publishing company Warner Chappell Music. Candiani attends the BYU Commerical Music Program.

How and when Hadassa and Gabriel met one another is unclear. But as per their social posts, they exchanged wedding vows after several years of dating. The couple walked down the aisle in March 2012.

The bride chooses a floor-length gown that features a short veil. On the other hand, the groom, Gabriel, opted for a black tuxedo with a white shirt and a red tie.

Since the wedding day, Mr and Mrs Candiani have shared a healthy bond as perfect married partners. The married duo has already celebrated their 10th wedding anniversary.

Adassa Career Highlights And Net Worth

The Socorro High School, Texas graduate Adassa has released three studio albums; On the Floor (2004), Kamasutra (2005), and Adassa (2007). The albums include songs such as De Tra, No Me Compares, etc. Similarly, she has collaborated with famous singers such as Pitbull, Daddy Yankee, Juvenile, and others.

Watch the official music video of Encanto’s song ‘We Don’t Talk About Bruno.’

Moreover, Adassa has an estimated net worth of $1 million, which she accumulated from her professional singing career. Being the cast of Encanto, Hadassa might have earned an impressive sum of wealth. The musical fantasy comedy film collected $250.3 million in its box-office collection under a budget of $150 million.

One thought on “Who sings for Dolores in Encanto? The Voice Behind Fan Favorite Dolores Madrigal in Disney’s “Encanto””