Bonnie Raitt is the prestigious Award-winning singer, guitarist, and songwriter, who has showcased her music skills in multiple genres like blues, blues rock, country rock, and rhythm. Bonnie is highly recognized for her tenth album Nick of Time, released in 1989. 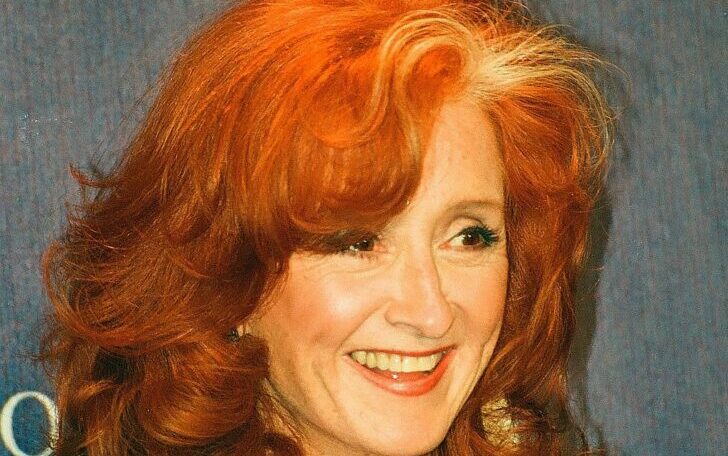 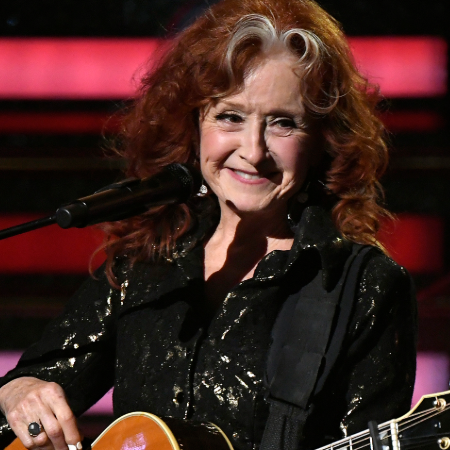 Bonnie Raitt is the prestigious Award-winning singer, guitarist, and songwriter, who has showcased her music skills in multiple genres like blues, blues rock, country rock, and rhythm. Bonnie is highly recognized for her tenth album Nick of Time, released in 1989.

The album became a commercially hit, which sold around 6 million copies all over the US and peaked in the first position on the US Billboard 200 chart. Besides, Raitt is known for her singles like I Can’t Make You Love Me, Angel from Montgomery, and Something to Talk About.

These were some of her professional works. But what about her personal life? Is Bonnie a married woman, or is she leading a single life? Could you read the article to learn about it?

The singer Bonnie was born Bonnie Lynn Raitt on November 8, 1949, in Burbank, California, USA. She is the youngest and only daughter of late. John Raitt and his first wife were the late Marjorie Haydock. Her father, John, who died on February 20, 2005, at 88, was also a singer and actor.

Similarly, her mother, Marjorie, was a professional pianist. Likewise, Bonnie’s eldest brother Steven James Raitt, born in 1947, is no longer in the world. Steven, also a musician, died due to brain cancer on April 4, 2009.

Bonnie completed her high school education at Oakwood Friends School in Poughkeepsie, New York, in 1967. She then studied social relations and African studies at Radcliffe College, after which she planned to go to Tanzania.

Moreover, at the time of her college days, she played music at local coffeehouses.

The 70-years-old Bonnie has not revealed her relationship status with the media. She has not disclosed whether she lives a single life or is linked romantically with someone.

After the tragic separation from a former love partner, Raitt remains silent whenever there arises a question regarding her love life.

Something to Talk About singer Bonnie is living a single life. Also, The woman has not shared romantic pictures on her official social accounts, which can be taken as proof of her singleness.

Bonnie was previously married to Michael O’ Keefe. Moreover, Michael is a film and TV actor known for her work in The Great Santini, The Slugger’s Wife, Too Big To Fail, CSI: Crime Scene Investigation alongside actress Danielle Savre, Homeland, and Law & Order: Special Victims Unit.

Michael and the singer Bonnie tied the wedding knot back on April 27, 1991. Likewise, the former Keefe couple shared a good bond as a perfect husband and wife. After several years of marriage, Raitt and Keefe divorced on November 9, 1999.

Their careers caused considerable time apart, which became the reason behind their separation. Unlike Boonie, Michael married his second wife, an actress Emily Donahoe in 2011, with whom he has shared one kid.

Net Worth Of Angel From Montgomery Singer, Bonnie Raitt

Bonnie Raitt has a net worth of $12 million, which she has accumulated throughout her professional career as a singer. Being a singer, songwriter, and guitarist, Raitt is gathering a hefty sum of wealth and grabbing wide media popularity.

As mentioned above, Bonnie became a successful recording artist after winning four Grammy Awards for the album Nick of the Time.

Besides that, Bonnie also won the Rock and Roll Hall of Fame (2000). Apart from these, she is also an activist identified for her activism related to environmental causes. Bonnie is involved in a non-profit environmental organization, Reverb.