Candy Ken is a model and rapper from Australia with 11.5 million TikTok followers. 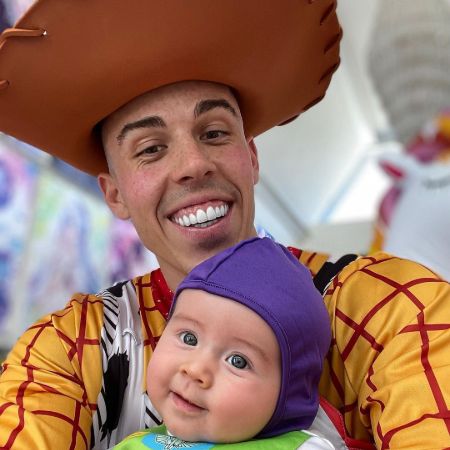 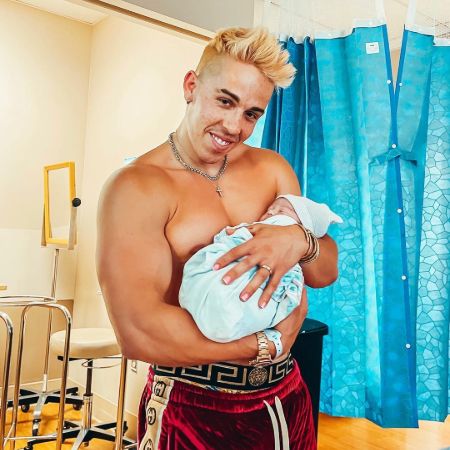 Quick Facts of this era, only a few individuals can incorporate masculine appearance with feminine pop culture, as Jakob Kasimir Hellrigl

Only a few individuals can incorporate masculine appearance with feminine pop culture in this era, as Jakob Kasimir Hellrigl, aka Candy Ken, does.

If you aren’t familiar with Candy, he is one of the leading rappers, models, and artists from Australia famous for his videos and songs, where he openly shares and flaunts his lavish lifestyle. His TikTok account has 11.5 million followers, and he is notable for his albums like Real Talk, Flaming, etc.

If you are one of his followers, then you might know he is soon going to be a father, and his child’s future mother is none other than a social media influencer and a model, Baby J (real name is Joselyn), who has over 7.1 million followers on TikTok.

Let’s dive into this article to gather more information about this talented personality’s personal and professional life.

The 28-year-old TikTok Star tied his wedding knot with his longtime girlfriend, Baby J. Moreover, in an intimate wedding ceremony, the duo exchanged their wedding vows on October 26, 2020.

This was the first time the couple broke their character and acted normal. It was really “weird.”

Most of their fans are eager to know every intimate detail about their personal life. The romantic pair share a joint YouTube channel titled The Unicorn Family, where they have recorded moments of their engagement, wedding, and baby pregnancy.

Most Epic Proposal Ever

When audiences first watch The Unicorn Family’s videos, they might feel a certain mixed emotion of weirdness, craziness, and fun. Likewise, they seem to enjoy every bit of a moment in their life.

One of their notable occasion was their engagement day, where Ken proposed to his longtime partner, Baby J, during skydiving from a flying airplane.

As soon as he proposed, Candy jumped, leaving her excited; when Baby landed, he presented her with a beautiful ring, and of course, she said yes. The Most Epic Proposal is the title of their video on their channel.

In addition to this, Ken excitedly announced that they were having a baby via Instagram. On June 9, 2021, Jacob shared an image of lifting their first kid, a son.

It seems they are very happy and ready to give all the happiness and love to their kids.

An Australian rapper is notoriously famous for showing his wealth and lifestyle on social media. As being multi-talented, Candy has assembled a net worth of $2 million as of now.

He has accumulated such fruitful wealth throughout his career as a rapper, model, and social media influencer.

Further, he has successfully established his name and fame in the entertainment industry. We know that the easiest way to earn money on TikTok is through brands endorsements, and TikTokers earned between $10,000–$100,000 per sponsored post as per some tabloids.

Besides, he and his sweetheart have a joint YouTube channel plus co-own merchandise and an estate in California. And, they have multiple luxury cars, including BMW, Lamborghini, Ferarri, etc.

Follow Favebites, For More Spicy Articles On Your Favourite Celebrities.