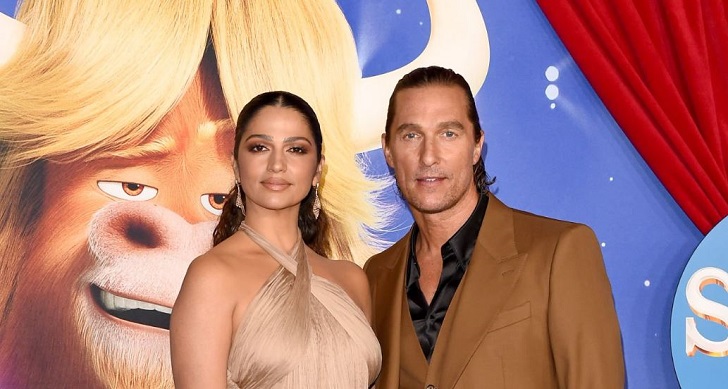 Camila Alves was born on January 28, 1982, in Itambacuri, Minas Gerais, Brazil. She has Brazilian and American citizenship. The dual nationality holding Camila has been actively pursuing multi professions and is living both the limelight and a lavish lifestyle.

Here are some interesting facts regarding media and entertainment personality Alves. So, read the article till the end.

Camilla traveled to the US from Brazil at 15 to visit her aunt in Los Angeles. For four years, Alves worked as a waitress and became fluent in English, and decided to spend her life and make America her workplace.

At the age of 19, Camilla began pursuing a career as a model working for various fashion brands and modeling agencies. She has also been featured on the front page of several fashion and lifestyle magazines. Camila has featured in Regard, Ocean Drive, VOGUE Men Brazil, Deluxe and others.

Also, the 5-feet-9-inch (175 cm) tall Camila is modeled in the music videos such as Misunderstood by Bon Jovi, Pullin Me Back by Chingy, and Because of You by Ne-Yo. Alves’ thriving modeling career helped her seek a career as a designer. In 2008 she and her mother, Fatima Saraiva, launched a handbag line called Muxo.

Besides modeling, Camila has also made her appearance on several TV shows as a host. She hosted season three of Bravo Network‘s reality television series Shear Genius. This show is based on the best hairstyling completion. Moreover, the winner of season 3 was hair stylist Brig Van Osten.

Likewise, Camila co-hosted the Food Network’s cooking competition series Kids BBQ Championship. Moreover, she has made a guest appearances on shows such as The Talk, The Drew Barrymore Show, The Kelly Clarkson Show, Today, The View, and others.

Camila is a businesswoman who successfully runs the health and nutrition, fashion, beauty and lifestyle website ‘Women Of Today.‘ Similarly, in 2006, Camila and Agatha Achindu, a nutritional coach, founded a frozen organic baby and toddler food company, Yummy Spoonfuls.

Camila Alves, A Philanthropist And Also A Writer

Besides running a successful business, Camila is also into charitable and philanthropic acts. Alves is the co-founder of the non-profitable organization ‘Just Keep Livin Foundation.’ The foundation established in 2010‘s main motive is “to empower high school students by providing them with the tools to lead active lives and make healthy choices for a better future.”

Similarly, during the global pandemic of COVID-19, Camila and her husband distributed over 1 million face masks to hospitals and health sectors in Texas.

Moreover, Camila is also a writer who published the book ‘Just Try One Bite‘ in 2022. She co-authored the children’s literature, humor and fiction book with author Adam Mansbach. Alve was also listed in the New York Times Best Seller list. She shares the news by sharing a video on her Instagram page.

The entrepreneur Camila met her now-husband Matthew McConaughey in a club in Los Angeles. The 52 aged Matthew has won 37 prestigious awards and has been living a successful life as an actor since 1991. He has featured in movies and TV shows such as Wolf Of Wall Street, Dallas Buyers Club, True Detective, and others.

It was love at first sight for Matthew, who gets attracted by Camila’s beauty at the first encounter. At their first meeting, McConaughey was with his friend Lance Armstrong, a former professional road racing cyclist. Armstrong played introduced Alves and McConaughey.

After knowing each other, Camila and Matthew shared a good bond and soon began their romantic relationship. Following five-year-long dating, Matthew proposed to Camila with an engagement ring on December 25, 2011.

Before the engagement and tieing the wedding knot Camila welcomed two beautiful kids with her partner Matthew. On July 7, 2008, Camila gave birth to her and Matthew’s first baby, a boy, Levi Alves McConaughey.

Similarly, in June 2009, they revealed the news that they were expecting their second child together. Later, Camila and Matthew became parents for the second time on January 3, 2010, welcoming daughter Vida Alves McConaughey.

Married In A Catholic Ceremony

Matthew and Camila decided to take their relationship to the next level by marrying, following five months-long engagement. They decided to walk down the aisle after their son asked, “Why isn’t momma a McConaughey?” Matthew shared in his memoir, Greenlights.

The couple tied the wedding knot in a Catholic Ceremony held on June 9, 2012. The 120 guests attended their wedding ceremony held in Austin, Texas. In an interview, Matthew said, “We decided to embrace the ritual of marriage as an opportunity and adventure we’ll take together.“

Since the big day, Mr. and Mrs. McConaughey have shared a healthy marital relationship without creating any rumors about the separation. Camila and her husband Matthew are soon celebrating their 10th wedding anniversary on June 9, 2022. Despite a 12-years age gap, Camila and her spouse Matthew live a blissful marital life. Moreover, the married pair attends many public events together and never misses a chance to share adorable pictures on their social sites.

As of now, Camila and her spouse Matthew are jointly parenting their three kids. Like, Josey Hollis Dorsey, the 13-year-old Levi, his sister Vida, 11, and younger brother Livingston, 9, are also gaining fame as celebrity kids.

The McConaughey siblings feature on their parents’ social sites and sometimes make a public appearance with their mother and father. On February 27, 2019, the McConaughey family of five attended the 2019 Texas Medal Of Arts Awards function in Texas.