The celebrity daughter Hailie Jade was born on December 25, 1995, in Detroit, Michigan, USA, under the zodiac sign Capricorn. She is the only biological child of the rapper Eminem and his ex-wife Kimberly Anne “Kim” Scott. Hailie is also an Instagram star. 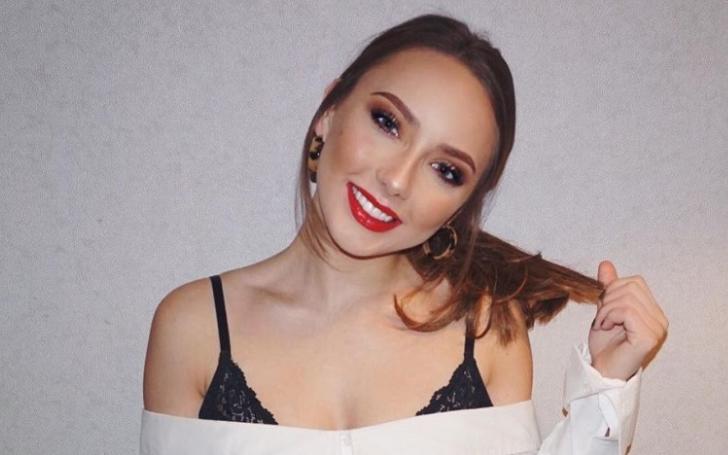 We all know about the talented and successful musician Marshall Bruce Mathers III, widely known as Eminem. There is no doubt that the professional rapper Eminem is earning wide media popularity and a sum of good fortune. But in this article, we will discuss his biological daughter Hailie Jade Scott Mathers, aka Hailie Jade.

The celebrity daughter Hailie was born on December 25, 1995, in Detroit, Michigan, USA, under the zodiac sign Capricorn. She is the only biological child of the rapper Eminem and his ex-wife Kimberly Anne “Kim” Scott. Hailie is also an Instagram star.

Although Hailie did not have any biological siblings, she spent her childhood happily and lavishly along with her half-sisters Alaina Marie Mathers (b. May 3, 1993) and Whitney Scott Mathers, aka Eminem Whitney (b. April 16, 2002).

The now 27-years-old Alaina Marie is Eminem’s niece. Alaina is the daughter of Kimberly’s twin sister late. Dawn Scott died back in 2016 due to an overdose of drugs. Similarly, Whitney Scott is his step-kid, born via Kim’s previous marital relationship.

Eminem adopted Alaina and Whitney and began fathering them along with his daughter Hailie. As of now, all three girls share a perfect bond and prefer to spend their quality time together. They are also spotted in many public events along with their celebrity father.

Additionally, Eminem has also dedicated the song ‘Going Through Changes’ to his three little beauties.

Hailie’s father and mom were college sweethearts who began their romantic relationship in 1989. After six-year-long dating, Eminem and Kimberly happily shared a daughter Hailie in 1995.

Afterward, in 1999, the two tied the wedding knot. At that time, their kid Hailie was just 4 years old. Mr. and Mrs. Mathers was living merrily.

They were also parenting their kids blissfully. Everything was going fine; however, in 2001, after two years of the marital bond, they had their quick divorce.

Later in January 2006, the rapper Eminem and Kim Scott remarried and began parenting their child jointly. However, in April 2006, the pair again partitioned their relationship. This time they did not reunite but are sharing a good bond as a perfect friend.

The 25-years-old Hailie was once placed in the middle of Eminem and MGK’s feud. The quarrel arose when the rapper MGK made an inappropriate comment about Eminem’s then 16-years-old daughter Hailie.

Besides, in one interview, Eminem also declared that those comments about her daughter are not only the reason behind his and MGK’s feud H. The feud went on for more than a year. There arises a cold relationship between the two rappers. They also dissed one another.

Not only that, but the feud also hampered Hailie’s lifestyle too. Hailie, who prefers to keep herself far away from the spotlight, said she was unhappy being in the middle of her dad and MGK’s argument.

The celebrity daughter and Instagram influencer Hailie are currently dating her beloved boyfriend, Evan McClintock. Evan and Hailie both are college sweethearts who attended Michigan State University together.

As of now, McClintock and Mathers are sharing a healthy bond as beloved lovebirds. They visit exotic places together and prefer to spend their quality time together. Additionally, not only Hailie, but her father, Eminem, also seems happy about her relationship with Evan.

Hailie Jade is not involved in any professional work. She is more focused on her studies at the moment. However, she has appeared in her father’s hit songs, such as When I’m Gone, Mockingbird, Airplanes Part II, and Going Through Changes.

Similarly, Hailie is also an Instagram star with 2 million followers on her official Instagram account. Currently, she is enjoying an impressive net worth of $230 million from her father, Eminem.

Marshall, Eminem, accumulated these hefty sums of wealth from his successful professional career. The Award-winning rapper, producer, songwriter, and actor is also one of the richest and highest-paid entertainers globally.

He has released numerous songs in collaboration with many famous musicians. Eminem has sold over 50 million records and has been named a best-selling musical artist. 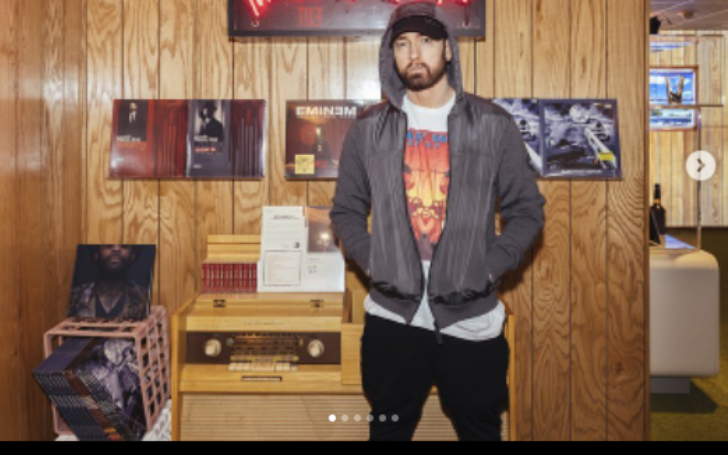 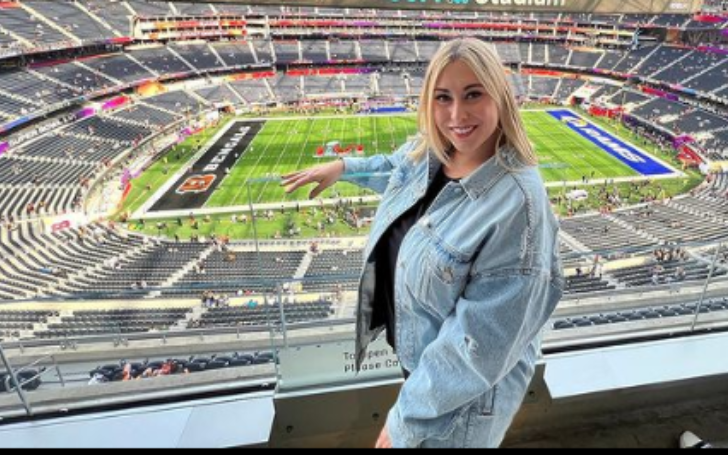