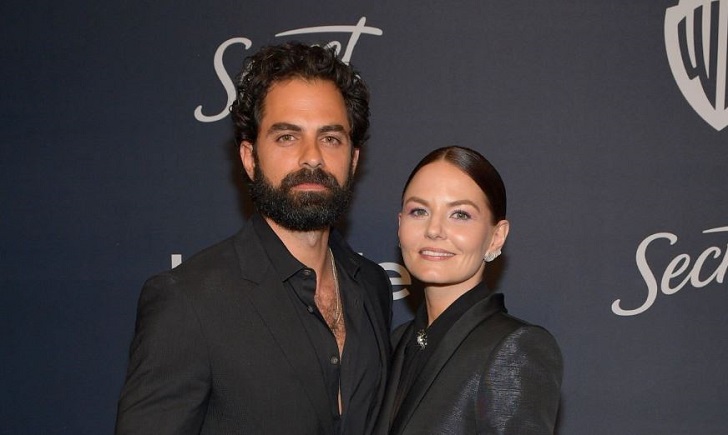 Jennifer Morrison is the leading actress in the present Hollywood Industry, with the credits given in many successful movies and TV series. Morrison, who landed her first role at age 15 in the 1994 film Intersection, has since established herself as a proficient actress. Jennifer’s main role in the fantasy adventure drama series Once Upon A Time is adored by everyone, where she played Emma Swan.

This talented actress was born Jennifer Marie Morrison on April 12, 1979, in Chicago, Illinois, being the eldest child of a music teacher, David L. Morrison and his wife, Judy Morrison. Morrison joined Loyola University Chicago, majoring in Theatre and received a minor degree in English. Later, Morrison enrolled at Steppenwolf Theatre Company to make acting her profession.

From a nearly three-decade-long acting career, Jennifer has managed to achieve stardom as well as splendid wealth. The actress has an approximate net worth of $8 million. Unlike the limelight professional life, the Batman: Hush actress chooses to keep her love life details private. She recently shared her wedding life with her longtime partner, keeping it lowkey.

The 5-feet-6-inch (169 cm) tall actress Jennifer took two months to confirm her whirlwind romance rumors with actor Gerardo Celasco in September 2019. Morrison and Celasco made their relationship public by making their presence at HBO’s Emmys after party. Later, in October 2019, Jennifer shared a picture with Gerardo on her official Instagram account.

Since then, Jennifer and Gerardo have been sharing a healthy romantic bond. Again in February 2022, Jennifer and Gerardo’s romance was highlighted after more than two years of starting a romantic relationship. Jennifer’s engagement rumors surfaced all over the media after the gold ring was spotted on her finger.

Morrison shared a video of herself discussing Michael Tubbs‘ book ‘The Deeper the Roots,’ where the golden ring on her ring finger is seen. A month later, Celasco also made his public appearance wearing a ring, which immediately attracted people and the media.

On April 8, 2022, the House actress made confirmation of her wedding with her longtime beau via Instagram on Gerardo’s 40th birthday. Morrison shared a picture with Celasco flaunting her ring, writing, “Happy birthday my love, my life, my forever! I love doing life with you. You inspire me every day.” As of now, Mr. and Mrs. Celasco are sharing a healthy marital bond. On 2021’s Valentine’s Day, Gerardo uploads images with Jennifer, captioning, “A series. Thank you for loving me the way you do, @jennifermorrison. Thank you for filling me with so much love [in Spanish]. Happy Valentines.”

The 6-feet-1-inch (185 cm) tall Gerardo, aka Adrian Bellani, has been pursuing his acting career since 200o, making his debut in the NBC television soap opera Passions, playing Miguel Lopez-Fitzgerald. Actor, Galen Gering also made his debut in the movie Passions.

Gerardo is also well-known for his appearance as Carlos in the crime drama The Haves and the Have Nots and as Xavier Castillo in How To Get Away With Murder. Celasco’s other movies and TV series credits include Next, Swimming with Sharks, Devil in Ohio, RPM Miami, Bones, the Player, Bones, Battleship, and others.

Jesse proposed to Jennifer in December 2006, after two years of dating in Eiffel Tower. However, later that year, Morrison and Spencer ended their relationship.

After two years, Jennifer began dating actor Amaury Nolasco in 2009. He has acted in the Fox serial drama series Prison Break. Jennifer and Amaury’s relationship also did not last long. They separated after three years of staying together. Likewise, actress Jennifer dated actor Sebastian Stan after meeting on the Once Upon A Time set. Stan and Morrison’s relationship ended in mid-2013.