Noah Zulfikar is a Canadian actor and dancer famous for his role in Zombie 2. The star is currently blooming as an actor and has made a decent fortune for himself. The young celebrity still has a bright future ahead and is now focusing on his career 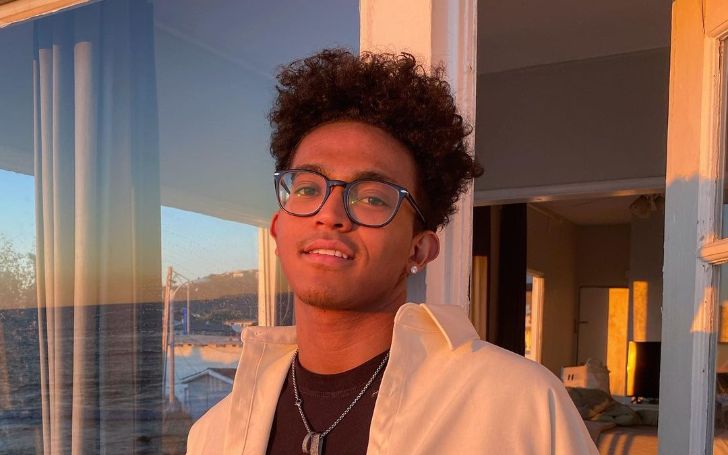 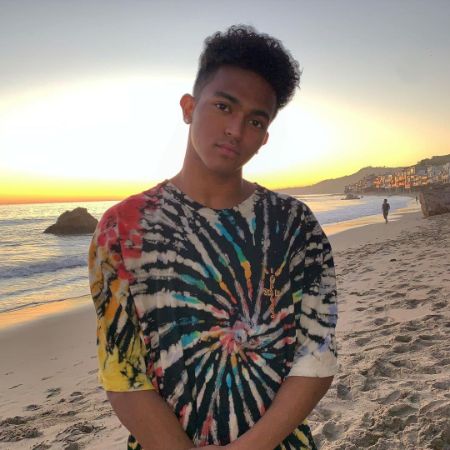 Noah Zulfikar is a promising Canadian actor and dancer famous for his role as J.C. in the high school musical series Z-O-M-B-I-E-S 2. The young star has excited the fans with his excellent dancing mixed with his flawless acting skills

Noah Zulfikar was born on 11th January 2000 in Mississauga, Canada. The details of his parents are a huge mystery to the audience. However, we know that the young star’s father died on 15th May 2021.

The Canadian actor started his career as a dancer at the Canadian dance academy in his hometown. Noah would impress the entire academy with his excellent dance skills. The star is an alumnus of his dance academy and is still actively contributing to the betterment of future dancers.

We don’t have much information about the actor’s educational background apart from the dancing academy. However, we can assume that Noah has at least completed high school before starting his acting career.

Noah Zulfikar has contributed his talent to many movies and tv shows. Moreover, his most notable contributions include The Next Step (2013) and Z-O-M-B-I-E-S 2 (2020). Both of Noah’s greatest shows have mostly dancing.

Zulfikar has proved to the audience that he is a perfect match for dance or high school musical movies. Being one of the main casts of Zombies 2, Noah was regularly seen in the show, and people noticed his amazing personality in no time.

Currently, the star is working on a wide range of movies and shows, including the third part of the Zombies series, Zombies 3 (2022). Apart from this, the 22-year-old star has appeared in the cast of various movies like The Price of Perfection (2022), In the Dark (2022), and Dance Together (2019).

Is Noah Zulfikar in a Relationship with Meg Donnelly?

There have always been rumors surrounding the dating Noah Zulfikar. However, the star decided to put this to an end by making his relationship public. Noah has been in a romantic relationship with the love of his life, Meg Donnelly.

The duo worked together in the Zombies series, where they developed feelings for each other and eventually fell in love. Similarly, the lovebirds are seen posting cute photos of each other on their Instagram handle.

According to their posts, Noah and Meg have been dating for more than 2.5 years. In the film industry filled with dramas, the duo has decided to stay out of controversy and the spotlight to maintain a healthy relationship.

Meg Elizabeth Donnelly is an American actress born on 25th July 2000 in New York, United States of America. The 22-year-old actress began training in voice, acting, and dance at 6. Since she was a child, Meg has been fascinated by drama; therefore, she has featured in her school plays.

Donnelly made her acting debut in 2013 in the Netflix series Team Toon where the young star played the role of the main character Ash. Furthermore, her debut series became the turning point of her career as the actress received various offers from movies and tv shows.

Meg has featured in over 12 projects, and the numbers will keep increasing as the star is filled with potential. Moreover, the beautiful star’s notable contributions include; American Housewife (2016-2021), Zombies (2018-2022), and Spider-Man (Voice Role).

Donnelly is very famous on Instagram and has over 1.5 million followers. The actress is also an Instagram model and posts amazing photoshoot pictures and her movie promotions. Meg also makes a hefty amount of money through brand deals and sponsorships.

What is Noah Zulfikar’s Net Worth?

Noah Zulfikar has earned a decent fortune through his career as an actor and dancer. The exact numbers of his net worth are still a mystery to the public. However, the celebrity has accumulated a net worth ranging from $1-5 million.

Zulfikar posts his daily life on his Instagram, where the actor enjoys his lavish life. With his huge fortune, Noah lives comfortably in a huge house and owns luxury cars. Currently, the star holds a Mercedes Benz worth more than $50,000.

The young celebrity lives with his mother in his hometown, Ontario, Canada. Noah has posted a few pictures of his mother. However, the star hasn’t mentioned her name as he wants to keep his personal life low-key.

On the other hand, Noah’s girlfriend, Meg, has an astounding net worth of $2.5 million, similar to Ava James Dayoub. The celebrity duo is the perfect example of being rich together. Meg and Noah have shared no plans of marriage as of now. We hope the couple becomes official in the upcoming days.

Noah Zulfikar has a verified Instagram account with over 143k followers. Hence, we can assume that the actor earns a decent sum through sponsored posts.

What is Noah Zulfikar’s Height?

Noah Zulfikar stands at 5ft 7in tall and weighs 68 kgs. Furthermore, the star has beautiful brown eyes and black hair. Noah’s birth sign is Capricorn, and the actor is 22 years old as of 2022. Zulfikar has all the attributes of a potential model.