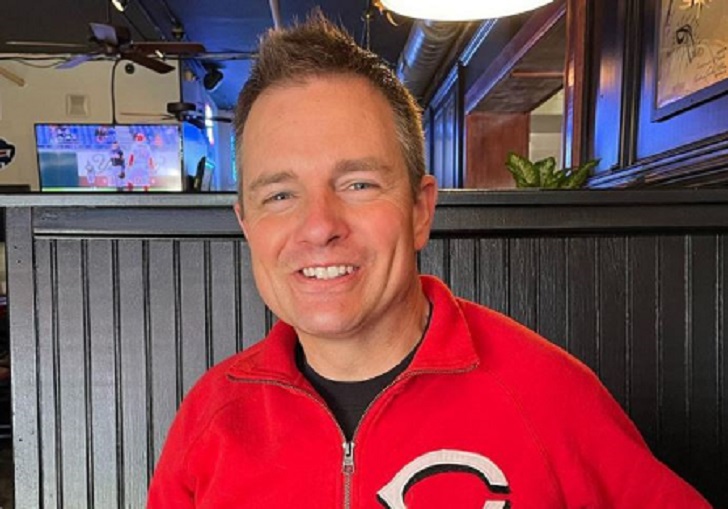 The weather information is also important in our daily life. For that, meteorologist plays a vital role. Among others, John Ahrens is also the one. Ahrens is a certified Emmy Award-winning meteorologist who works for ABC/Telemundo-affiliated television station WSOC-TV. Ahrens has experience working on several other TV stations.

Well, these were some detailed information regarding John’s professional life. But, what about his personal life? Is John living a blissful marital life or already divorced with his wife? Know about his married life and children in the following sections.

Was Married For Two-Years

WSOC weathercaster John is no more a married man. He was in a marital relationship with Sobrina Driver. How and when Ahrens and Driver met is unclear. But, they tied the wedding knot on September 21, 2013, in Charlotte, North Carolina. The detailed information regarding their marriage is also lacking as they exchanged the vows privately.

Everything was fine; however, their differences started hitting their marital relationship. They could not continue their relationship smoothly and decided to partition it. After two years of marriage, John and his wife Sobrina divorced in June 2015.

Sobrina and John also went through a nasty divorce settlement. His then-wife Sobrina filed a case against him, alleging he threw rocks at her. Later, police arrested Ahrens, and he was jailed for two days. However, he was later found innocent.

John is a proud father of his only daughter, whom he shared with his former wife, Sobrina. His baby girl, Ahlay Faith Ahrens, was born in July 2014. At the time of birth, Ahlay weighed 6 pounds 5 ounces. As of now, she is living happily with her father.

John’s daughter Ahlay is studying at Gaston Christian School. John is raising his seven-year-old child blissfully. The father-daughter duo visits many exotic places together. Ahrens also never misses a chance to share cute videos and photos of her daughter on his official Instagram account.

Afterward, Ahrens joined WCBD-TV, NBC/CW+-affiliated TV station in 2003. There he worked for three years till 2006. Since September 2006, John has been working in WSOC-TV, Eyewitness News weather team.