Kayce Smith is a famous American Sports Journalist. She is single at the moment and enjoys a net worth of $2 Million. 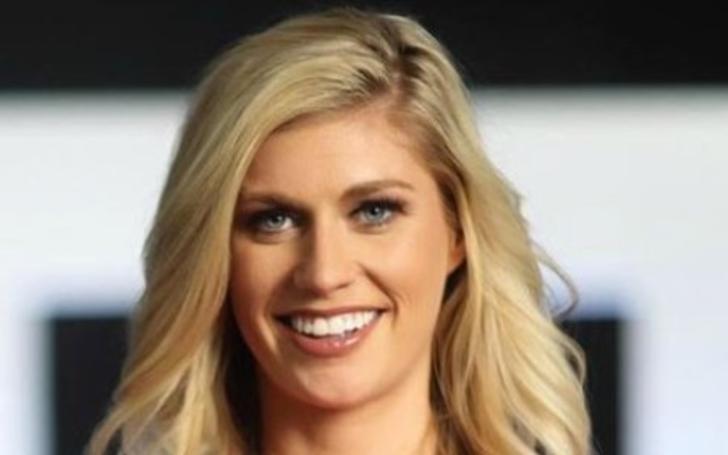 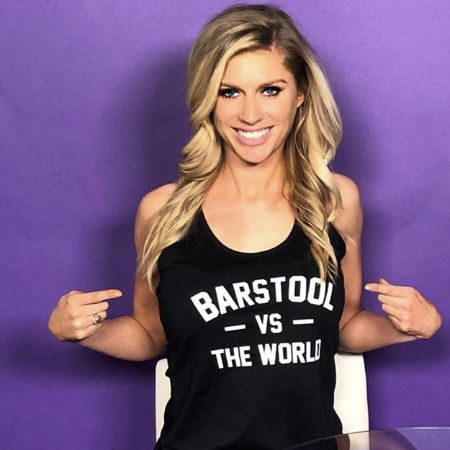 Among the lists of prominent sports journalists, Kayce Smith is a name we must mention. She is a Sports broadcaster who works as a host on radio and television. Since March 2018, Smith has worked as a multi-media personality for Barstool Sports. Additionally, she has worked for Fox Sports, ESPN, and NBC Sports Boston.

On October 25, 1988, Smith was born in Texas, United States. She is 31 years old and has a younger sister named Ally Elaine Smith. Kayce graduated with a B. An in Communication from Texas A&M University in 2012. Further, we suggest you stick with us to know lesser-known facts about the sports reporter.

Kayce began her hosting career right after graduating from college. She worked for the college station as a radio personality, host, and producer. Also, Smith has an extensive background and passion for sports talk radio.

It is hard to tell whether this lovely reporter has a boyfriend or not. She is extremely cautious about spilling secrets in front of the media or her followers. Hence, Kayce’s relationship status is unclear at the moment. Some online tabloids reported that Smith has a low-profile romance with Nathan Sebesta’s boyfriend.

Recently, Kayce shared a picture with a guy named Tom on her social media. The couple enjoyed their companionship, but Smith never confirmed her relationship. There is no doubt she is a gorgeous and talented lady. Well, Smith might have been in romantic relationships, but the 31-year-old host hasn’t shared any information.

Smith is also not married, so we have to wait to see who she picks as her husband. The reason behind her singlehood might be her passion for sports. Further, she might not have met any right person to date.

Kayce Smith is a Cancer Survivor

Smith was 24 years old when she found out about her melanoma. At that time, she was at a football game working for TexAgs. After her team lost, Smith ripped off her jacket in anger. Luckily, the dermatologist noticed an off birthmark on her bare shoulder four rows behind her.

That dermatologist couldn’t mention her concern at the time due to the chaos among viewers. But her family tracked down Smith a week after the game. That’s when Kayce found out her “birthmark” was a Stage 1 Melanoma Skin Cancer.

Smith documented her journey and recovery through social media. She says being a cancer survivor gave her a new perspective on life.

The Barstool’s multi-media personality, Ms. Kayce Smith, has a net worth of $2 million. The primary source of Smith’s earnings comes from being a sportscaster on radio and television. On average, her annual salary ranges from $45,000–$56,000. A few female sportscasters with a decent net worth is Holly Sonders.

As a female lead show host, Smith ran a national radio program, The Kayce Smith Show. During her tenure at ESPN, Smith worked as a freelance reporter. Well, she has covered some of the hottest topics in college football, basketball, and gymnastics. Currently, she resides in New York, where she is an employee at Barstool Sports and SiriusXM.