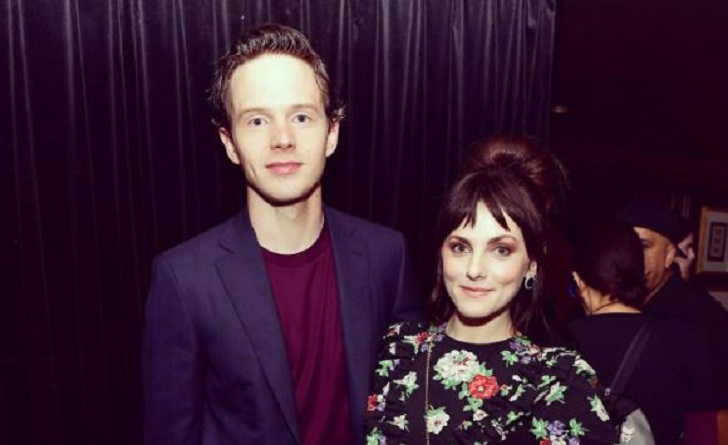 The Labrador, Canada native Mark O’Brien started pursuing his career as an actor and filmmaker in the entertainment industry. With experience working in various movies and TV series Mark has established himself as one of the most successful entertainment personalities. Mark made his acting and filmmaking debut in the short film Downward Calling.

The Canadian actor/director Mark was born on May 7, 1984. He also has a sister. Besides, the details of his early life are missing. Concerning education, O’Brien attended the University of Newfoundland, Canada. Mark received the Canadian Screen Awards nominations for his film The Righteous (2021). In the movie, O’Brien also played the role of Aaron Smith.

O’Brien has been married to his beloved wife, Georgina Reilly. Get to know the wedding details of Mark and Georgina in the following sections.

Like Mark, his beloved wife Georgina is also an actress by profession. The Canadian actress Georgina made her debut in 2006, playing a minor role in the drama series Beautiful People.

The Havergal College graduate Reilly is known for playing Sabrina Reynolds in the CTV drama series The L.A. Complex. The Canadian actress Jewel Staite has also made a leading appearance in The L.A. Complex.

The 5-feet-2-inch (159 cm) tall Georgina has made a recurring role in television series such as City on a Hill, Quantum Leap, and The Baker & the Leap. Her other movies and TV series credits include Valemont, The Movie is Broken, City on a Hall, Overruled, and Baker and the Beauty.

After the first encounter, O’Brien and Reilly began sharing a friendly bond. Later, they started their romantic relationship. The couple went on a romantic date on January 11, 2011, at an Italian restaurant in Toronto. Later, Mark popped the question getting down on his knee in their hotel room in New York on New Year’s Eve.

Georgina and Mark have also made their appearance in Murdoch Mysteries. In the crime mystery period drama series Mar played the role of Jerome Bradley, and Georgina portrayed the role of Dr. Emily Grace.

Mark and Georgina exchanged their wedding vows on January 6, 2013, after several months of a surprise engagement. The longtime lovebirds walked down the wedding aisle at the beautiful ceremony held at The Drake Hotel in Toronto.

Georgina wore a strapless floor-length gown from Vera Wang. And Mark dashed his wedding look wearing a black tuxedo from Hugo Boss. The bride and groom’s close ones made their appearance at the reception. Mrs. O’Brien changed her reception look and wore a simple white one-piece dress.

Since the wedding day, Mark has been living the happiest married life with his wife, Georgina. As of 2022, they have celebrated their 9th wedding anniversary. On January 6, 2021, Mark shared a picture of them from their wedding to wish Georgina on their eighth anniversary, saying, “Happy eight years baby. You’re my favorite thing.“

Mark O’Brien, Father Of A Daughter

From the marital solidarity, Mark and Georgina shared an adorable baby girl. On July 13, 2017, Mark uploaded the picture of Georgina showing her baby bump, captioning, “My beautiful wife, just, ya know, CARRYING MY CHILD!“

Their daughter Penelope Florence O’Brien was born in November 2017. Sharing the newborn image of Penelope, Mark wrote, “Welcome to the world Penelope Florence O’Brien. We are bursting with love for you!! It’s all so perfectly overwhelming. But more than anything, i can’t help but still find myself in awe over my wife, Georgina. Since the day I met her, I was in love. But never in my life have I witnessed such courage, strength, determination and grace.“

Mark and Georgina are now jointly parenting their five-year-old daughter. Penelope Florence is also gathering fame as a celebrity daughter and also makes her appearance on her parents’ social media posts.