Matt Steffanina is an American dancer, YouTuber and social media personality, famous for his channels ‘Dance Tutorials LIVE’ and ‘Matt Steffanina’.  His YouTube channels have received a lot of acclaims and have catapulted Matt Steffanina to the status of an internet celebrity. 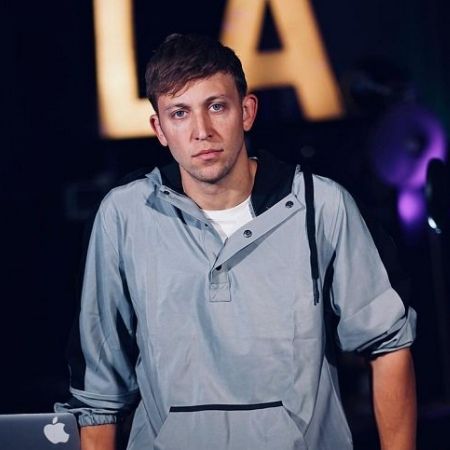 Matt Steffanina is a familiar name to those who love to dance and watch dance shows. Matt is a dancer, dance choreographer, and producer by profession. Moreover, he is famous for his dance moves and tutorials on his YouTube channel, with over 12.2 Million subscribers. Similarly, he is also an Executive producer of Dance Tutorials Live.

Who Is The Girlfriend Of Matt Steffanina?

The 34 years old dancer, Matt Steffanina, is in a relationship with his girlfriend, Destiny Kaye. According to their Instagram posts, their relationship has been a year, and the lovey-dovey duo is still looking fresh and healthy together. In fact, Destiny Kaye is an Instagram Model and TikTok Star.

Back on July 20, 2020, Destiny wrote a few paragraphs on her Instagram by posting pictures of them together. She wrote,

“You’re still sleeping bc you always stay up late even when i tell you to go to bed, and you actually just woke up for 2 seconds to ask why I’m typing so loud and it’s because I’m making this cute post for your ass. BUT ANYWAYS happy one (official) year. Definitely has been the best year of my life and i can’t wait to share even more with you🥺 I’m so lucky to spend everyday with your cute/sarcastic being all the time. I love you so much, thank you for being you ✨p.s. I’m excited to play Mario with you all day hehehe.”

So, the duo started dating officially on July 20, 2019. As of 2022, both of them are mad in love with each other, and we can often see them together in videos and pictures on their respective Instagram.

Before his relationship with Destiny, he was engaged to his ex-fiance, Dana Alexa. However, they never disclosed the date of their engagement and details regarding their dating history. According to Fandom, the two were together for five years before exchanging engagement rings.

Matt is a professional dancer and also a dance choreographer. He has danced at events such as World of Dance LA along with dancers such as Dominic Sandoval and Ian Eastwood.

To date, he has worked with top artists such as Snoop Dogg, Chris Brown, and LMFAO. Without a doubt, Matt must have earned a decent sum of money from the projects with A-listed artists. Moreover, he is also a producer of Dance Tutorials Live, which serves as a choreographer, teacher, and dancer.

The average income of a dance choreographer is around $46,330. So, he must be earning around $50,000 per year as a producer of Dance Tutorials Live. Furthermore, he also has a YouTube Channel with 12.2 Million subscribers as of 2021. According to SocialBlade, he earns between $173.9K – $2.8M via his YouTube.

Apart from his YouTube and Dancing, he also earns through sponsored posts and endorsement deals from his Instagram account, where he has over 3.7 Million followers, which is quite similar to Thomas Petrou. Altogether, he is earning over $2 Million per year. Similarly, Matt Steffanina’s net worth is around $4 million.

Matt Steffanina was born in Virginia, the USA, on October 20, 1986. The details of his parents and his other family members aren’t known. He is engaged to dancer Dana Alexa. He grew up in Virginia and moved to Los Angeles in 2010. He began to teach himself how to dance when he was 13.