Polyxeni Ferfeli is a Greek model and social media star famous for her career as much as she is for her relationship. This young model garnered public attention for dating the football player Odell Beckham Jr. 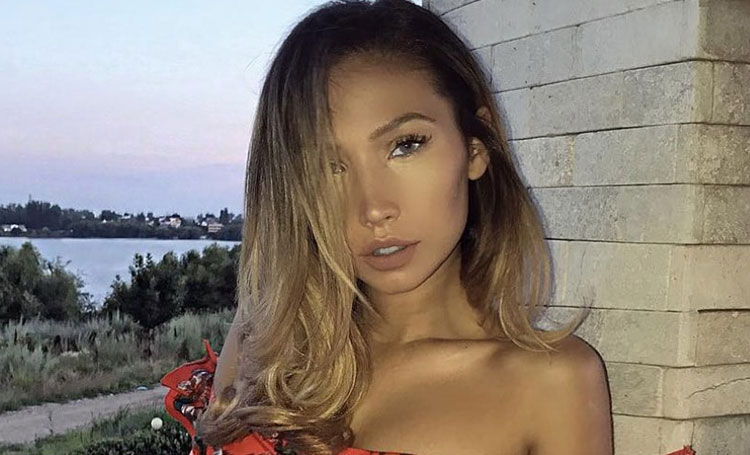 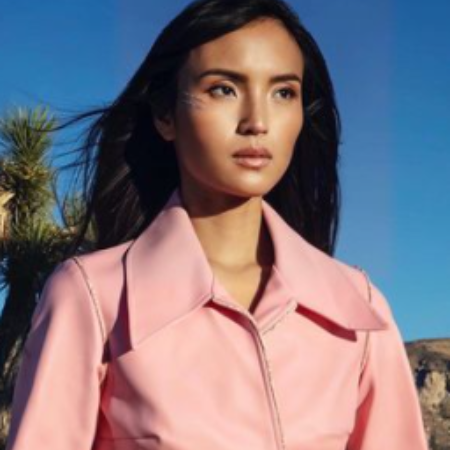 The native of Greece, Polyxeni Ferfeli, is one of the famous faces worldwide. Polyxeni is recognized as a fashion model and media personality.

Ferfeli is also working as a marketing assistant in a Greek Food and Beverage company. She has been working there since May 2010. With that ahead, we present you with the gorgeous star relationship & net worth details.

Who is Polyxeni Ferfeli?

Ferfeli was born in Thessaloniki, Greece, on March 28, 1994. She is the second child of Mariana Ferfeli (mother), who is originally from Greece but is currently residing in Bucharest, Romania.

Ferfeli works at The Laser Medical Centre as a manager. Moreover, Polyxeni grew up along with her sister named, Kassiani Ferfeli.

After completing her high school graduation, she obtained her bachelor’s degree in Global Business Management and Finance from an England-based prestigious school, Regent’s Business School.

Polyxeni dated Odell Beckham Jr, a professional NFL player who plays as a wide receiver for the Cleveland Browns.

As per TMZ, the former boyfriend and girlfriend began dating in early 2017 but kept their romance low-key.

For the information, Anna Congdon and her boyfriend, Saquon Barkley, an NFL player, also started dating in 2017.

Polyxeni and Odell were first spotted at Six Flags Magic Mountain. They were pictured riding the roller coasters together.

Further, Ferfeli and Odell were spotted in Cancun, Mexico, where they spent some romantic time at the beach.

There were rumors about the couple breaking up in late 2017, but they were again seen together a year after.

YouTube: Odell and his then-girlfriend, Polyxeni Ferfeli, are enjoying themselves in Cancun!

Ferrari hasn’t revealed if she has gotten back to Odell. Moreover, they might be on good terms and must be good friends.

Apart from her relationship with Odell, Polyxeni’s past affairs are still a mystery topic. In 2015, Ferfeli was photographed with Harry Styles, an English singer, songwriter, and actor.

Is Polyxeni Ferfeli Dating Anyone?

The hot Greek model, Polyxeni, might be single as of 2019. Many celebrities prefer to keep their intimate life details under the limelight, and this model also falls in the same class.

After all the gossip and scandals, she speaks less about her romantic life to the media. People also find the relationship between Australian actress & model Ella Newton.

Rather than spending quality time dating someone, the lady is busy making her career and is also working hard to achieve more prominence in the media.

Additionally, being a media personality, she shares many adorable pictures on her social site, Instagram.

How Much Is The Net Worth Of Polyxeni Ferfeli?

Being a media personality and a fashion model, the 27-year-old Polyxeni Ferfeli, has a net worth of $1 million. More than stunning model Jehona Dreshaj.

The 27 years old is known for showing her extravagant lifestyle and curvy body on social media. The primary source of her income is her modeling career.

Shortly, she plans to launch more beauty products and fashion accessories. Daniella Chavez is another renowned social media star who has a similar net worth.

Salary As A Model

The earning source of a model comes from her endorsement deals with many famous brands and magazines. As per Glassdoor, the average remuneration of the model in America is $28,985 per year.

Therefore, the beautiful, Polyxeni earns a desirable income from her modeling career and other ventures.

Besides all these, the lady is also working as a  marketing assistant, from there too; she is obtaining a reasonable sum of wealth. For the information, Ferfeli’s ex-boyfriend, Odell, has a net worth of over $30 million.

For More Articles About Your Favorite Celebrities Stay Tuned With favebites