Skip to content
Home » Entertainment » Who is Camila Kendra? Break up with Model, Tyler Cameron in 2022

Who is Camila Kendra? Break up with Model, Tyler Cameron in 2022 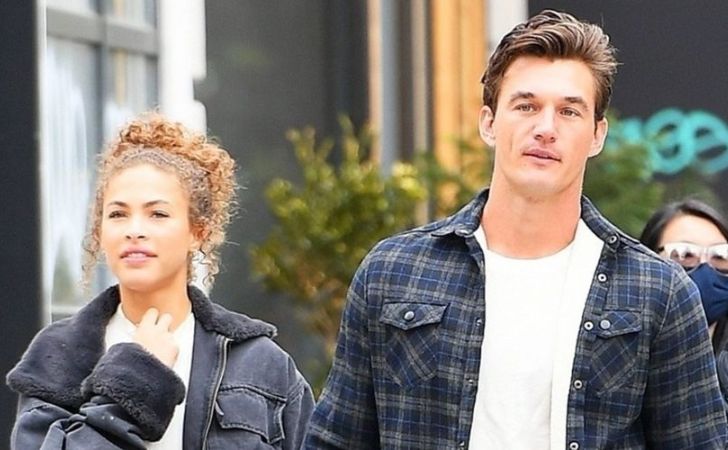 Camila Kendra is a well-known model, actress, media personality and Internet personality from the United States. She rose to fame after connecting with her former beloved celebrity boyfriend, Tyler Cameron.

Tyler Cameron is an American tv personality, model and general contractor. He gained popularity when he became the runner-up of the S15 of The Bachelorette, starring Hannah Brown, the season’s leader.

Camila was born on June 29, 1994, in Santo Domingo, The Dominican Republic. She moved to Florida, the United States, with her family when she was only three years old. Also, she grew up in a peaceful family.

Lissette Kendra and her beloved husband, Stanley Kendra, welcomed her into the world. Moreover, she has a younger brother, Sebastian Kendra, her only sibling. Both her father and brother are airline pilots.

Tyler Cameron is a television personality and well-known model from the United States. Further, he rose to popularity, being a contestant and runner-up on Hannah Brown’s season fifteen of The Bachelorette.

Cameron was born in Florida to Jeff and Andrea Hermann Cameron. There is no more information about his parents. The handsome model and his beautiful girlfriend Camila Kendra have split for eight months.

However, the pair had a great time together. Tyler was on TV with Andy Cohen two weeks back, speaking highly of Camila. Even sitting in the studio audience, the suspected split will come as a shock to many.

Cameron made no hint that these two lovebirds were having problems in paradise. The couple’s love affairs and relationship went viral in late 2020. They weren’t afraid of the media regarding their love life.

The media spotted Tyler and Camila together in their car in New York City in early January 2021. More than that, the couple was road-tripping from Tyler’s birthplace in Florida, the USA, to the Big Apple.

The celebrity couple traversed the streets of NYC hand-in-hand a few months later, effectively confirming their relationship. However, the two had never made their social profiles public.

In January of 2021, Camila and Tyler quickly fell in love with one other. In May, the public saw the duo holding hands in New York City, fueling romance rumors. People see them having love affections.

Tyler Cameron stated that they dated each other for “seven months,” putting the start of their relationship around December 2020. They were happy and living a peaceful love life with no fights and arguments.

After eight months of dating, Tyler and Camila have called it quits. Furthermore, the suspicions started on Sunday night when the Instagram gossip account DeuxMoi posted a picture of a Kendra.

The beautiful model was all over the 28-year-old in a Florida pub. In addition, the 26-year-old is in Italy with her mother and father while these reports spread. She was happy and living a peaceful lifestyle.

However, a close source stated that Camila and her lover had already broken up. Also, the former pair have taken aback by their choice to quit their relationship, which was “extremely recent” and sudden.

The beautiful pair blocked each other on Instagram & had no contact between them. Furthermore, Tyler’s relationship with Camila ends, and she realizes what she wishes to have on her partner for her future.

Cameron indicated what he would tolerate and would not tolerate in the future. In addition, he was looking forward to it and the direction in which he would take it. You May Also Read: Stelle Ciccone

Kendra’s former boyfriend stated that Tyler had lost contact with Camila. He said to be high in love less than two weeks before their break up at the end of July. Tyler was partying with a group of women.

The public spotted him at a Jacksonville bar over the weekend. Nonetheless, Cameron recently bragged about his developing romance with the Instagram star, so they reported their breakup.