Who Is Joshua Henry’s Wife? Know Their Marital Life 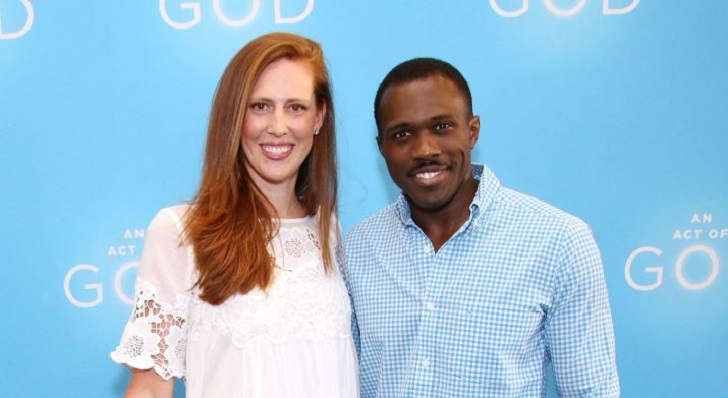 Joshua Anthony Charlton Henry is a Canadian/American screen and stage actor. He has starred in various movies and TV shows, from which he has earned both prominence and an impressive sum of wealth. Henry is popular for playing Aaron Burr in Hamilton: An American Musical.

Joshua received a Tony Award nomination for Best Actor in Musical for the musical, The Scottsboro Boys. Henry’s other musical, movies and TV show credits include Tick, Tick…BOOM! Army Wives, In the Heights, Violet, and others. He studied theatre at the University of Miami.

Now, let’s discuss the detailed information regarding Henry’s marital status in the following sections. How many kids does he share with his wife?

Got Married To College Sweetheart

The 37-years-old actor Joshua is in a blissful marital relationship with his beloved wife, Cathryn Stringer. The Shuffle Along actor Henry and Stringer are college sweethearts turned partners.

After the first encounter, Joshua and Cathryn began sharing a good bond which later turned into a romantic relationship.

Following several years of dating, Into the Woods actor Joshua and Cathryn decided to tie the wedding knot on October 20, 2012. Their wedding ceremony was held in a private ceremony, so the detailed information regarding marriage is lacking.

Mr. and Mrs. Henry has already celebrated their ninth wedding anniversary. As of now, Joshua and his wife Cathryn are living a blissful and healthy marital life. She is not active on any social sites, but, Joshuanever misses a chance to share pictures with his spouse on his official Instagram account.

From the strong marital solidarity, Joshua and Cathryn shared three adorable boys. On December 29, 2017, Henry and his wife Cathryn announced that they were expecting their first child. Announcing the news, Joshua wrote, “So Proud to announce the role of a lifetime father. Endlessly grateful to have my angel wife, Cathryn as mother to usher this offering of love into the world.”

As of now, Joshua and Cathryn and jointly parenting their three sons. Like Josey Hollis Dorsey, the four-year-old Samson and his younger brothers Max and Leo, 1, gain wide media attraction as celerity sons.