Who Is ‘Sons Of Anarchy’ Actor Walton Goggins’ Wife? Their Marital Life 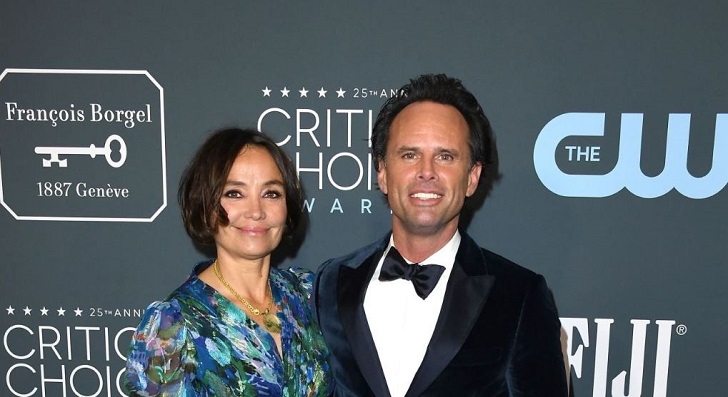 The 5-feet-10-inch (178 cm) tall actor Goggins’ other acting credit includes The Shield, Ant-Man and the Wasp, Beyond the Prairie, The Righteous Gemstones, etc. The professional acting career has helped Goggins earn immense popularity and an impressive sum of wealth. As of 2022, Walton has an approximate net worth of $12 million.

Now, let’s check the present marital status of the Justified actor, Walton. Who is his husband? Know the marital details of Goggins and his wife in the following sections.

The 50 aged Walton is gaining fame by appearing on the screen, but his wife, Nadia Conners, works behind the camera. Conners is a director and writer by profession.

As per some reports, The Unicorn actor Walton and filmmaker Nadia first met on a blind date. It seems like they have been together since 2005.  Goggins married filmmaker Nadia Conners in August 2011.

Moreover, the husband and wife shared the wedding vows in an intimate wedding ceremony in August. Their marriage ceremony was held in their backyard in front of only three people including their newborn baby.

On November 8, 2021, Goggins shared a picture wishing her wife her birthday, saying, “My wife, my best friend, 16 years I’ve had the privilege of celebrating this day with you. The way you light up a room, the way you’ve lit up my life and all those around you, the brightest candle on any cake. Happy Birthday, @nadiasomerset.“

Also, read the relationship status of another The Shield cast, Nicki Micheaux.

Following several years of dating, Goggins and Conner decided to take their relationship to the next level by marrying. Walton and Nadia exchanged their wedding vows in August 2011. Their wedding was held in an intimate ceremony attended by their close ones. So, detailed information regarding their marriage is lacking.

As of now, Mr. and Mrs. Goggins are sharing a healthy marital relationship without involving any rumors related to the separation. The married duo is soon celebrating their 11th wedding anniversary. The actor Walton never misses a chance to share pictures with his beloved wife on his Instagram account. The married pair also attends public events jointly.

The Predators actor Walton and his wife are blessed with an adorable baby boy. Their son Augustus Goggins was born in February 2011. After their son turned 6 months the duo tied the knot.

Walton and Nadia are jointly parenting their only kid. Like, Mason Edward Cibrian, the 11-years-old Augustus is also gaining fame as a celebrity son. He is in his 6th grade. Augustus also features on most posts updated by his father Walton and mother Nadia on their official social sites.

Before getting married to Nadia, Goggins was married to Canadian resident Leanne Kaun. She owned a dog walking business in Laurel Canyon, California. Goggins and Leanne were together until her suicide on November 12, 2004.