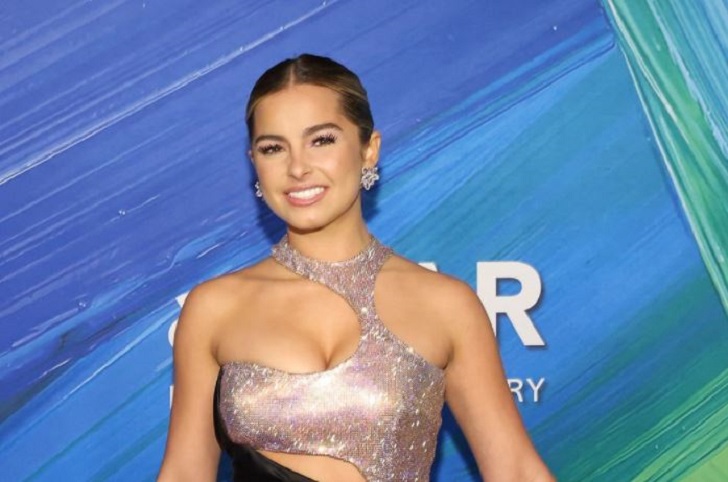 The social networking site Tiktok has become one of the ways to entertain people. Many people have used this platform to showcase their talents. Among others, Addison Rae is also the one who came to the limelight after her Tiktok videos went viral.

The proper utilization of social media platforms is undoubtedly beneficial; Addison is the perfect example who gathers fame and earns a reasonable sum. The influential Tiktok star Rae has more than 86 million followers on her self-named verified Tiktok account. Let’s check her earnings and her professional lifestyle in the following sections.

Approximate Net Worth Of Addison Rae

Most people at age 21 struggle and work hard to achieve their goals. But, Addison has already lived a successful life. But, it does not mean she gain this success without hard work. Having a keen interest in dancing, Rae began her competitive dancing at age 6. Since 2019, she has been uploading lip-syncing, dancing, and other fun videos on her Tiktok official.

Addison has an estimated net worth of $15 million. With the increasing prominence in Tiktok, she is also hired by various fashion brands for endorsements and partnerships. Rae has worked for renowned brands such as L’Oreal, Reebook, American Eagle, etc.

Similarly, she is earning from her appearance in films and TV shows. Rae has provided the voice for the 2018 computer-animated film Spy Cat. Likewise, she played the role of Padgett Sawyer on Here’s All That. Similarly, Addison served as guest co-host of Entertainment Tonight. Also, she has appeared in Keeping Up With Kardashians because of her close bonding with Kourtney Kardashian.

Moreover, the People’s Choice Award-nominated Addison is also into singing. She released her first single Obsessed, in March 2021. The song’s official music video has crossed 25 million views on Youtube. Furthermore, she has featured in the music videos of the song Blueberry Fargo By Lil Mosey.

Her Earnings From Social Sites

As mentioned above, social networking sites have become an income-earning source for Addison. Rae is earning a whopping sum of wealth from her Tiktok. In 2020 Forbes listed Addison’s name as of the highest-earning Tiktokers. She is a member of The Hype House, founded by Lil Huddy.

Similarly, Addison has 4.6 million subscribers on her YouTube Channel. As per SocialBlade, the channel earns $126  –  $2 thousand per month. Likewise, it makes $1.5 thousand  –  $24.1 thousand per year. For the information, Addison runs a podcast, ‘Mama Knows Best’ with her mother, Sheri Nicole.

In 2020 Rae launched her cosmetic line Item Beauty in collaboration with Made by Collective. The beauty brand consists of cosmetic products such as the On The Daily Eyeshadow palette ($25), Blushin Like Cream ($16), Lip Quip Quad (lip kit) ($39), etc. The Item Beauty products are available on Sephora. Furthermore, Rae also runs a perfume line called ‘Addison Rae Fragrance.’