Arionne Curry is a nurse by profession. But, Curry, came into the limelight as the mistress of Martell Holt, a reality TV star. He is better known for his appearance in the TV series Love and Marriage: Huntsville along with his then-wife Melody Holt. 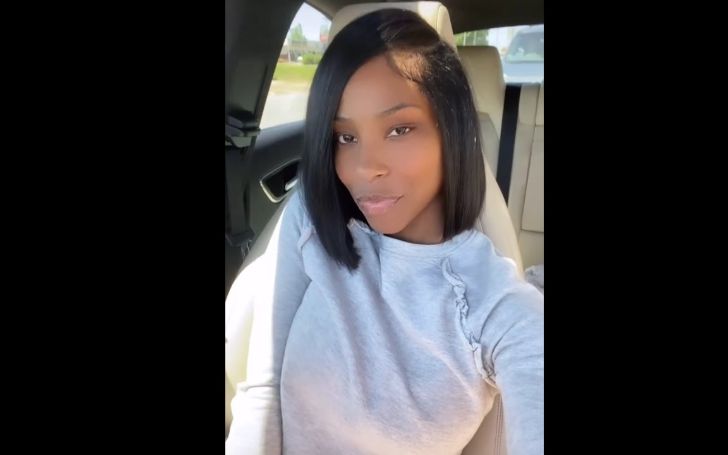 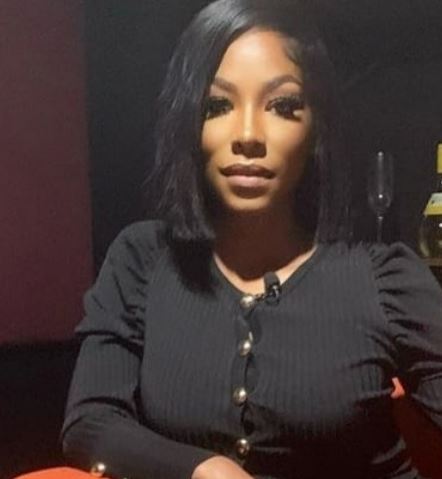 Well, Martell was still blissfully married to his spouse Melody when the TV personality began his extramarital affair with Arionne. Let’s find out if Arionne was the only reason behind their separation.

Talking about the relationship of Arionne, she is a married woman who dated Martell Holt and married later on. According to the ex-wife of Martell, Melody Holt, with whom he tied the knot back in July 2008, in an intimate wedding ceremony said Martell had cheated on her in the relationship by being in external affairs with Arionne.

Further, his infidelity has led their relationship to destruction and ended up their marriage in divorce. Martell successfully dates Arionne without revealing to her the truth that he is a married man.

In most of the YouTube videos, the commentators have accused Arionne and Martell of their unfair and injustice behavior towards Melody. He already had four children from Melody.

After knowing the truth of his infidelity, they separated and lived a single life. But according to Curry, Martell hadn’t revealed to her that he was a married man. Today, Curry and Holt have two children together.

Where Did Arionne Curry And Martell Holt Meet?

Curry and Martell first met in 2015, in Huntsville, Alabama, through their mutual friends. Once Martell’s cousin had a house party where both future lovers attended and came to know each other. Their Martell asked Curry her contact number. The lovers started dating each other and traveled to different places. But till then, Curry didn’t know the truth of his relationship with Melody.

In an interview, Curry told she knew that Holt was married to his wife only about a year after they began dating,

“I found out he was married within those 9 months. But our conversations kept me there. And I was wrong for continuing to deal with a married man. He did not lead me to believe that he was going to leave his wife. He always felt guilty for the situation that he put her in at first.”

She also stated that her partner “didn’t even give a lot of details.” She also acknowledged, “it’s my fault for continuing to have a relationship.”

The lovers blindly fell in love with each other. It is reported that Martell had supported Curry in different ways like he paid her rent and supported her financially. He even bought a BMW and paid her rent from time to time. Her lover before marriage had invested thousands in sufficing his future wife. Till now, the couple has been living happily with their two little children.

Arionne and her partner are the parents of a child. Moreover, Curry also suffered one miscarriage and had one abortion too. After that she was pregnant with their son, Melody was also impregnated by Martell. At the time, Martell reportedly asked her to abort the baby, but she totally denied his proposal.

In addition, Curry’s partner Martell has four kids with his ex-wife. Their children are Maliah Selene, Mariah, Martell, and Malani Holt. Their fourth child Malani was born in January 2020. Moreover, Martell is very supportive and close with his children even though we can see him enjoying himself with his kid on his social media account.

Although things got extremely messy between him and his ex-wife, the formal husband and wife have now shared joint legal and physical custody of their all kids.

Prior to being a mother of a son with Martell, Curry has also a daughter from her previous relationship. She often shares her girl’s photos on her Insta but has yet to reveal anything about her baby’s father.

How Much Is Arionne Curry’s Net Worth?

The net worth of Arionne Curry is around $1million- $5million. She is a nurse by profession, according to different reports. However, her husband has a good amount of fortune. Martell Holt’s net worth is around $20 million.

He is a real estate investor by profession and earns profits and commissions from his investment. You may also like to know celebrities’ net worth and relationship statuses like Erika Choperena, Anne Dickerson, Brittany Baca, and Kathleen Cain.

He had attended the Real Estate Course from the Nation School of Real Estate in 2006. Then, he started his career in real estate, which is surely a lucrative business. Talking about the profession of Curry, she is a health professional. However, Curry is currently busy with her housework nowadays, caring about her children. As a nurse, her salary is believed to be $75,510.

Arionne was born in 1993 in Dayton, Ohio. She is running at 30-year-old as of 2022. Furthermore, the celebrity’s wife is American by nationality and belongs to mixed ethnicity. We don’t have much information about her childhood. As per different websites, she graduated from Alabama A&M University in Medical Science. After her graduation, she started working as a health caretaker.

The celebrity wife loves to travel to different places and enjoy herself with her family as well. As per different sites, her favorite place is to Thailand ride on elephants. Today, the mother of two children spends most of her time rearing both her cute babies and helping them grow. We are still reviewing the life of Curry and soon update you with more information.

What is nationality of Arionne Curry
Canadian