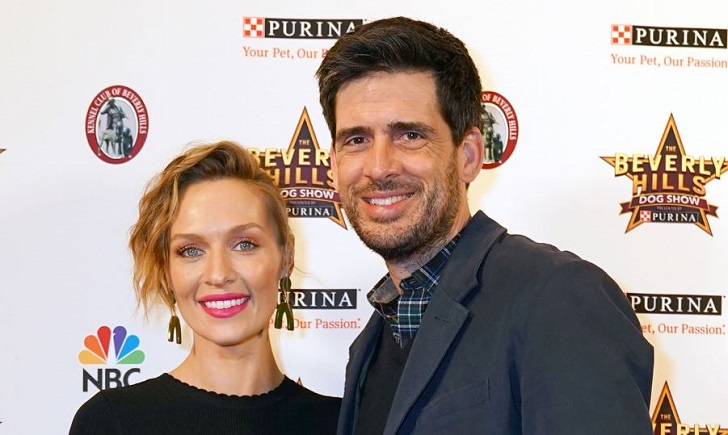 After completing the acting program at New York University (NYU), Michaela McManus began her acting journey. She made her debut in the short film Cosa Bella (2006), playing Bartender’s Wife. After appearing in several short films, McManus got a chance to play a leading role in the successful CW/WB television drama series, One Tree Hill.

The actress Warwick, a Rhode Island local born in 1983, celebrates her birthday on May 20. McManus is the daughter of Patricia “Tisha” McManus (mother) and James “Jim” McManus (father). Additionally, her parents are celebrating their 46th marriage anniversary. Likewise, the actress has twin younger brothers, Matt McManus and Kevin McManus, born in November 1986. Moreover, she has two elder sisters, Meghan and Erin.

Michaela is worldwide famous for working in character A.D.A Kim Greylek in the NBC crime drama Law & Order: Special Victims Unit (SVU). Likewise, she has featured in movies and T.V. shows such as Awake, Funeral Kings, Love Finds You In Valentine, You (2021), The Block Island Sound, and others. Now, let’s discuss McManus’ marital life. How is it going?

The 39 aged Michaela’s husband, Michael “Mike” Daniels, is not an actor but is part of the Hollywood film and T.V. series showbiz. Daniels is a filmmaker with experience working as a writer and producer in different television series genres.

Moreover, McManus is also featured in some of the works written and produced by Mike. In the supernatural teen drama series Vampire Diaries, writer of [4 episodes] and co-producer [22 episodes] by Daniels, Michaela can be seen playing the recurring role of Jules. Also, McManus plays the character Sarah Campbell in The Village, where Mike is a producer and writer.

The 5-feet-9-inch (175 cm) tall Michaela and her now-husband Mike met in 2007. Overlooking their professional careers, it seems they had their first meeting while working together for the One Tree Hill series. On October 18, 2015, Michaela wishes her now-hubby Mike on his birthday, “Eight years ago today, I met [Mike Daniels], and everything got better. I’m so grateful for the 18th of October. Happy Birthday, Mikey.”

Mike made his debut for television by writing the stories for One Tree Hill. In the same series, Michaela started acting on television by depicting Lindsey Strauss’ role. Since then, Michael and Michaela never miss a chance to amaze their fans by working jointly on the projects. The actors such as Hilarie Burton, Justice Jay Ackles’s mother, Danneel Ackles are featured in the series.

Michaela and Mike choose a private wedding ceremony to tie their wedding knot. She became Mrs. Daniels on July 3, 2011, by marrying in front of their friends and family members. Michaela walked down the wedding aisle wearing a strapless white gown, carrying a daisy flower bouquet, and Mike chose to wear a black tuxedo with a white shirt and a black bow tie.

On July 3, 2020, he uploaded a picture of himself kissing his wife Michaela, captioning a poem by Pablo Neruda, “I feel poor, foolish and sad, and you arrive and you are lightning glancing off the peach trees.” Mike added, “Thank you for making my life whole and happy; a place where against every odd and despite being wholly unworthy, I get to witness your lightning strike each and every day. Happy nine years! Xo.“

As of 2022, this beautiful marital duo is celebrating 11th wedding anniversary. Michaela and her husband Mike make their mutual red carpet appearances and attend other high-profile events jointly. Also, the happy pair’s close bonding can see through their Instagram posts.

Michaela McManus And Mike Daniels Are Parents Of Three

On November 2, 2013, Michaela shared a picture of herself wearing a black dress and holding her growing baby, with the caption that reads, “Hello in there.” Later, she shared the happy news of them becoming parents for the first time. Their son Gabriel October Daniels was born on April 3, 2014.

Uploading the picture of their newborn Gabriel October, “Been waiting to meet this kid my whole life. Gabriel October Daniels, born at 7:11 am on April 3rd. My heart is full,” she wrote for the caption. Again on May 21, 2016, McManus shared the picture with her baby bump. Their second son Declan Griffith Daniels was born in September 2016.

Likewise, on May 12, 2021, Michaela and Mike became parents for the third time, welcoming daughter Indigo Irene Daniels. “Hello, Indigo. I always felt you in my heart, sweet girl. And now you’re finally here. Welcome to the world, Indie Irene,” McManus writes on her Instagram post.

The Daniels siblings, the eight-year-old Gabriel, Declan, 5, and Indigo Irene, 1, feature on their parent’s social media posts. Also, they are receiving fame as celebrity children, like other star kids.