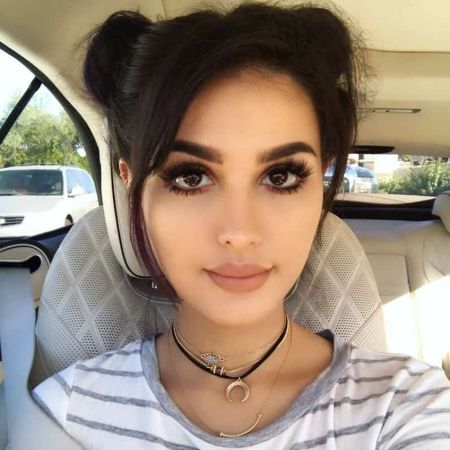 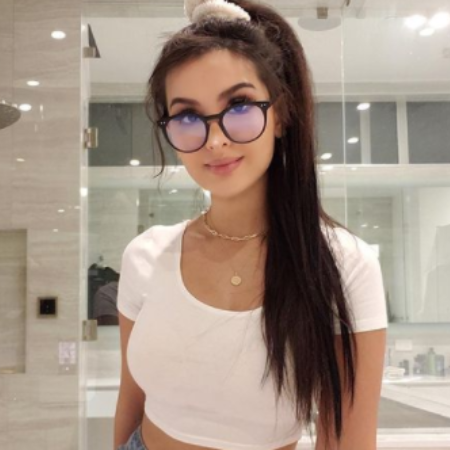 American and British YouTubers have established a dynasty in the online platforms. Alia Shelesh (SSSniperWolf) joins the likes of Logan Paul, KSI, PewDiePie, and Mr. Beast, as some of the biggest influencers currently. Furthermore, her Call of Duty streams are worth watching, and her reaction is engaging as well. The Online queen has rules social networks like YouTube, TikTok, Twitch, and even Twitter.

We have gathered some trivia and updates about Sniperwolf; you would enjoy reading. Well, let’s witness the life and career of the British sensation. The online couple met each other back in 2013.

Alia has millions of fans and admirers dying at her feet, but the cosplay star has been swept away by Evan John Young. Furthermore, Wolf uploaded a video, How I Met My Boyfriend, explaining how they end up together. Initially, Evan DMed, the YouTube queen, and developed a beautiful connection. The pair began texting, and video chatting and started to enjoy each other’s company.

After numerous online interactions, they officially started dating and took the next step by buying a house together. Moreover, like every relationship, they endured some issues and fights, which made their bond greater. In addition, they had a short break up in 2016 but got back together, with a video titled, We got back together. Recently, they uploaded a picture celebrating Christmas together.

After dropping out of University, she began her YouTube channel in 2013. From an early age, she was hooked on gaming, which inspired her to stream games. Initially, she played Call of Duty but updated her content with reaction and vlogging. Currently, her channel boasts a massive 27.8 million subscribers. Furthermore, her Instagram handle boasts a following of 5.2 million and over 1500 posts.

In addition, she also broadened her gaming horizon with TikTok and Twitch channel. As of 2021, the Twitch channel has garnered over 296k followers and flaunts an impressive 15.3 million Followers. Moreover, her Tiktok contents consist of comedy sketches and vlogs, which generated 135.6 Million likes. In addition, she had her own series, which ran for 4 years.

Net Worth Of SSSniperwolf

Being one of the biggest names on the YouTube platform, she has made her dream come true and enjoyed a lavish lifestyle. Currently, her net worth amounts to 6 Million USD, similar to Gabriela Bee. Furthermore, her Merch, OG WOLFPACK, sells like hotdogs, which generated millions per year. In addition, the gaming sensation has been sponsored by Gaming labels like Ubisoft, EA, Activision, and Disney. Interestingly, she was even listed in Forbes in 2017.

According to Social Blade, her YouTube generated $151.1k-$2.4 Million per month and $1.8 Million to $29 Million per annum. Furthermore, she has treated herself with a white Porsche and cosplay gears. Also, check out the Net Worth and Career of Veteran Journalist Rita Braver.

Age And Appearance Of SSSniperwolf

Exploring her earliest life, the Twitch star was born in Liverpool, England, United Kingdom, on the 22nd of October, 1992. Her age is 28 years as of 2021. Furthermore, her family had Turkish and Greek descendants. Shelesh grew up with three siblings, sister Ranya Shelesh and two brothers, Paul and Bakir Shelesh. The Shelesh household is very close to each other. Talking about the academics, she only attended a semester later pursued nursing at a University. After that, however, she dropped out started a gaming channel.

Taking about the social media star’s appearance, she looks like an Egyptian goddess. Currently, she stands tall at 5 Feet and 3 Inches and weighs around 52 Kilograms. Furthermore, she has maintained a model-like physique measuring (35-24-36). Sniper belongs to European background and holds a British-American Nationality. Moreover, she was born with beautiful eyes and naturally brown hair. Nevertheless, her Zodiac sign is Libra, signifying her star persona.