Vlad and Niki is a Russian-American YouTube channel featuring brothers Vladislav Vashketov and Nikita Vashketov. The two siblings started their YouTube channel on April 23, 2018, prompting their father to quit his sales job to help with brands and licensing 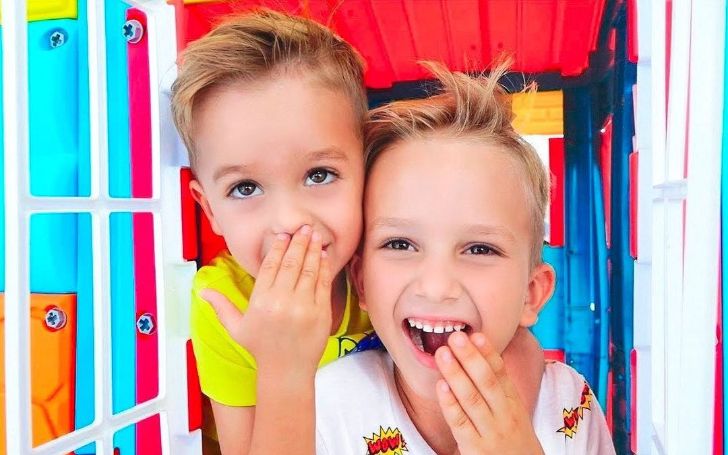 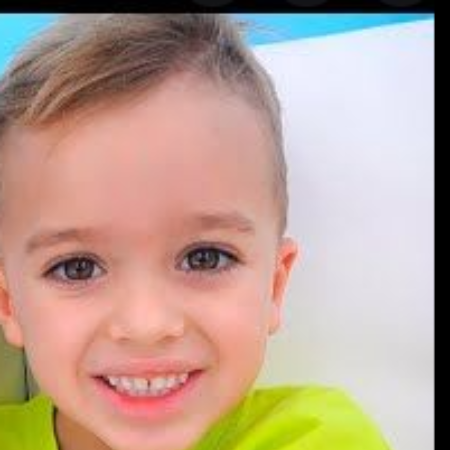 Vladislav Vashketov, aka Vlad, and Nikita Vashketov, Nikki, are the kid YouTubers. The sibling duo rose to fame with their Youtube Channel, Vlad and Nikki. These brothers showcase their lifestyle and upload the content reviewing the toys and playing various games.

They have captived huge audiences, including young kids making them excited with their Youtube content. Interestingly, the main channel of Vlad and Nikki has 68.8 million subscribers making it the 10th most subscribed Youtube channel worldwide.

Sergey Vashketov and Victoria Vashketov are proud parents as Vlad and Nikki had already achieved a lot at a very young and tender age. Vlad and Niki, with their parents, run 21 Youtube channels in 18 languages.

The channel is growing every single day, with over 49 billion views. Their main channel is known as one of the most subscribed famous channels globally. Sergey is a Youtube producer who works on his child’s content.

He is a jolly person who enjoys life a lot. Further, he is actively connected with social media platforms. Moreover, he has shared his lifestyle, his children, and his wife’s pictures on Instagram.

Meanwhile, Vlad and Niki’s mom Victoria works for her child’s Youtube channel. She is also active on her Instagram. Moreover, the parents handle their son’s main Youtube channel perfectly, uploading the much-loved videos in different languages. As a result, the audience from worldwide is connected with their children. Also, read about the W2S channel Harry Lewis Bio & Net Worth.

Vlad and Niki Net Worth and Earnings. How much do Vlad and Nikki Earn?

Vlad and Niki have an estimated net worth of about $515.4 million. The Youtube Channel of Vlad and Niki has already attracted 68.8 million subscribers. Youtube channels that are monetized can earn revenue by placing ads. YouTubers can make between $10 to $50 per 1000 views.

Therefore, each month, Vlad and Niki’s Youtube channel receives about 2.15 billion views, by which they are earning a hefty revenue at the end of a month. Moreover, the yearly earnings of Vlad and Niki are estimated at $2.3 million to $37.3 million. They were known as the Most subscribed Youtube Channel, making US $312,000 per video in 2019, according to Social Blade reports. Moreover, they also signed a deal with Playmates Toys, a Hong Kong-based manufacturer.

Similarly, these kid YouTubers became so popular that they signed a representation deal with ‘Haven Global’ in Australia in October 2019. In addition, Vlad and Niki also have an official website called Vlad & Niki Store, where they sell kids’ merchandise. People also watch the Biography & Net Worth of young YouTuber RonaldOMG.

More Information About Vlad and Nikki

Vlad’s full name is Vladislav Vashketov. He was born on February 26, 2013. Likewise, Nikki, whose full name is Nikita Vashketov, was born on June 4, 2015. The sibling duo currently resides in Dubai, United Arab Emirates. Further, they also have a brother named Christian Vashketov.

The children reside in Miami, Florida and occasionally Dubai, United Arab Emirates. Their main channel is the eighth most-viewed and 13th most-subscribed in the world.

Furthermore, the channel uploaded videos of Vlad and Nikita playing with toys, telling stories, and vlogging in Dubai and other countries. For more YouTubers, contents make sure to bookmark Fave Bites.

5 thoughts on “Vlad and Niki”